What was the first video game you remember playing?

Page 41 - Love gaming? Join the PC Gamer community to share that passion with gamers all around the world!
Sidebar Sidebar
Previous Next
A

SWard said:
I'm an avid gamer, but I've been trying to think of the first games I remember playing and really loved. I remember sneaking into my cousins dad's study to boot up his mac to play Monkey Island, where in the World is Carmen Sandiego? And Myst (which I wasn't very good at). If you're a gamer, what do you remember playing and why?
Click to expand...

First game i really love to playing is a SNAKE and i playing that on nokia 3315 i think?
Reactions: Ichsan90, Pcgamer 280092, chief_haikal and 14 others
F

The first time I played the game was Super Mario, I played with my peers !
Reactions: Ovisilvia, Gibran1989, azis86 and 12 others
T

I love to play games since my childhood. I had started playing SEGA Games back then. I use Sega Casates having Mario, Contra, and many other games like this.

Actually, it was the best part of life back then and it was tension-free.

Who played Sega games back then and remember them from all of you here?
Reactions: rezarenanza, Ovisilvia, Gibran1989 and 8 others
C

is this console included in the video game category? I first played digital games from this console. 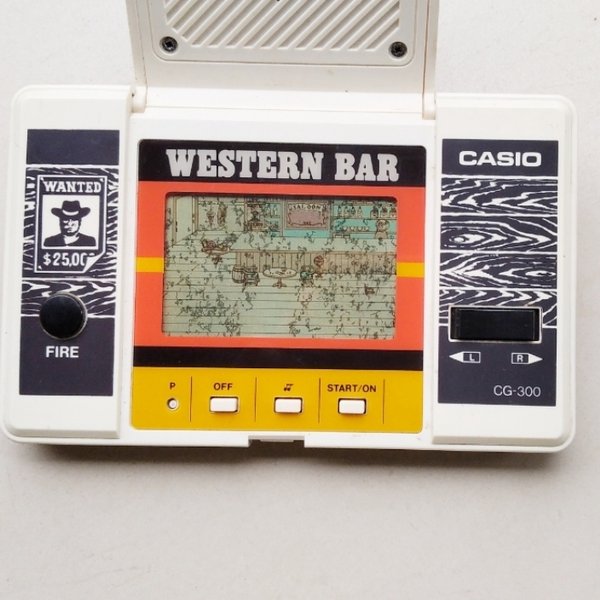 Do you guys know ?
Reactions: rezarenanza, Gibran1989, Diego Michiels and 10 others
R

anime said:
I remember playing Naruto Ninja Council on a gameboy emulator on the PC as a kid. My uncle let me play a bit, and it was the middle of a boss fight with Brock Lee. I did not know how to move/fight at all, and died.

There was also this Jurassic Park game that I was bad at. I think at the start of some level, this annoying pterodactyl would catch you bring you to air, and I was just stuck with it because I didn't know what to do. Eventually, the character either gets brought to a dinosaur nest, or he uses a syringe on the pterodactyl to get down (if I mashed buttons enough). Now that I think of it, I'm not even sure if that was a Jurassic Park video game. I didn't even know about the franchise as a kid. All I remember about it was that it had dinosaurs, you played as a man (he probably a straw hat), it was a 2D side scroller (pixel art I think), and you had syringes and guns.

Lastly there was Alien. Another 2D side scroller, unlike the other 2 games I knew what I was doing (a bit). I identified the aliens as "goats" because that's what they looked like.

Another game I remember from early in my childhood was Jurassic Park for the Sega Genesis (also an emulator, also on my uncle's computer) had really vivid memories about being caught by a pterodactyl over and over again because I kept failing the level, and didn't know what to do because kids like me are bad at games. I would stay at a dinosaur nest after I slaughtered all of its children because I was terrified of the dinosaurs that existed beyond.

Lastly, there was Alien (probably the Sega Genesis too). As a bad as I was with games, at least in this one I remember being somewhat competent with this one, as in I don't just stay in location of the game and hope to not die. I still failed miserably though. I thought the aliens were "goats" because they looked like they were ramming, that's what I thought goats do as a kid.
View attachment 400

The picture above shows a scene I remember vividly. Here is where the goat alien would ambush me. When I first played this part of the game I was surprised by it. In my next attempts of the level (if you thought I would finish this level, sorry, kids suck at games), I figured out I could go down the ladder, wait for the alien to come, and shoot him from below. It was the first time I figured out something in a video game, and I felt proud for it. Until the people stuck to the walls had aliens bursting out of them and I failed the level, that is.

Those were my earliest memories with games, sorry I couldn't just say firmly, "this was my first game", because I grew up with games during my childhood, and I had really bad memory from back then. Heck, I only knew Naruto Ninja Council because I played it later in my life, and the other 2 games only because I looked them up just now.

Still think Alien 3 is terrifying though.
Click to expand...

I remember playing this game when I was a kid. It feels good to remember the happy childhood. Ha ha ha.
Our childhood lived in an unfavorable environment. My mother gives us to play games for our safety so we can play at home, even though it's not big but at least it's comfortable for our family. Maybe you are asking how games could save our lives at that time? Which is where today there are many parents not to let children play games for too long.

Even though game consoles weren't cheap at the time. Mom managed to buy me the 1st edition Nintendo.

my first gama mario bross, my game full of memories
Reactions: rezarenanza, Yudha, Mcx123 and 7 others

I remember the first time I played the Nintendo game was a jungle book game
Reactions: rezarenanza, Ovisilvia, gamkid and 13 others
G

The very first video game that I have played is Pacman and during that time on my age I felt a little scary because of those devils that are attacking Pacman, so I decided to switch playing Super Mario Brothers which is really fun and so enjoyable and very adventurous because you could reach different worlds until such time you could be able to save the princess, and that could make you so happy and satisfied.
Reactions: rezarenanza, Ovisilvia, gamkid and 16 others
R

Translate
Minecraft and GTA sanadreas for me to play the first time on pc
Last edited by a moderator: May 25, 2021
Reactions: rezarenanza, davidafrianto, lucky54pradana and 48 others
G

my first video game was pacman with atari
Reactions: rezarenanza, lucky54pradana, Ovisilvia and 19 others
L

The first video gamer i do remember.... i've to go back in time to search for that, but i'm pretty sure that my first video game was Super Mario.
Reactions: rezarenanza, Ovisilvia, gamkid and 7 others

Back when I was little, I used to play games on the PS1. It's just that the game is not as popular as it is now. The game is METAL SLUG, and there are several versions. The unique animation and the way it works made me happy, plus lots of challenges.
Reactions: rezarenanza, lucky54pradana, Ovisilvia and 3 others
R