What are your favorite PC Puzzle games?

Of course, there are puzzles in many games in different genres. This thread is about games where puzzles are the main focus—so no Minecraft or Fortnite or similar, thanks.

I'll have more later, but two obvious ones to get the ball rolling are Portal and Portal 2.
While they do have platforming-like elements, don't be put off by that. I don't like platform games, but I love the Portals. They are about making your way around discrete levels from Entrance to Exit by shooting holes in the walls, floor, ceiling—the titular portals.

Note: If someone has suggested the game you were going to say, like for instance Tetris, just like the post, no need to comment
Last edited by a moderator: Aug 10, 2021
Reactions: EndiS, rendysaputra, yakmanputra and 106 others

why you say the magic words?

Anyway, Dorfromatik is about only puzzle game I have tried for a while.

I should play it again, i had to have a break and my breaks seem to last a long time
Reactions: EndiS, rendysaputra, Nezi01 and 57 others

Tetris is a good one, and has certainly left its mark—Wiki says it's the most ported game ever, available on 65+ platforms.

Its mark includes the 'Tetris Effect'…

en.wikipedia.org
…"People … can find themselves thinking about ways different shapes in the real world can fit together, such as the boxes on a supermarket shelf or the buildings on a street"

ETA: hey i just discovered that if you lay cereal boxes flat in a standard cupboard, you can fit two more than usual by laying them in vertically beside the others!
Yes, you can try this at home
Last edited: Jun 28, 2021
Reactions: EndiS, rendysaputra, Nezi01 and 36 others 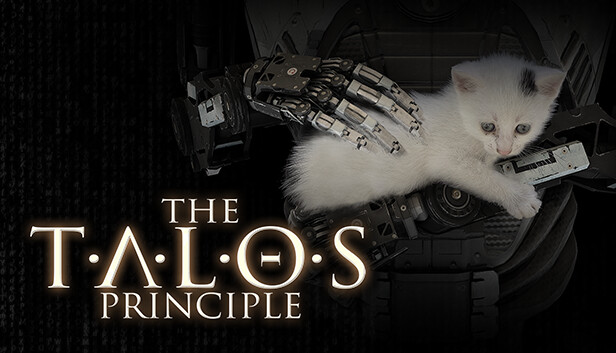 The Talos Principle on Steam

The Talos Principle is a first-person puzzle game in the tradition of philosophical science fiction. Made by Croteam and written by Tom Jubert (FTL, The Swapper) and Jonas Kyratzes (The Sea Will Claim Everything).

As if awakening from a deep sleep, you find yourself in a strange, contradictory worl

This is pretty much all spatial puzzles. Shine the laser this way, split it that way, make it turn on the fan over there... It's pretty fun stuff.

Personally, I think there's more than enough content in the base game, there's not much need to get the expansions unless you get to the end and really want more.

As if awakening from a deep sleep, you find yourself in a strange, contradictory worl

The sun is exploding. You'll probably want to do something about that. Unfortunately, it's exploding in about 22 minutes. Lucky for you, every time it does, you get pulled back in time to Boom Time Minus 22, with your memories intact. So you can fly to that planet that's imploding, get killed, then fly to that planet with all the water spouts, get killed, and just keep exploring the solar system. You'll eventually work out (more or less) what is going on and what you can do about it.

Also, I really love the music in this one! 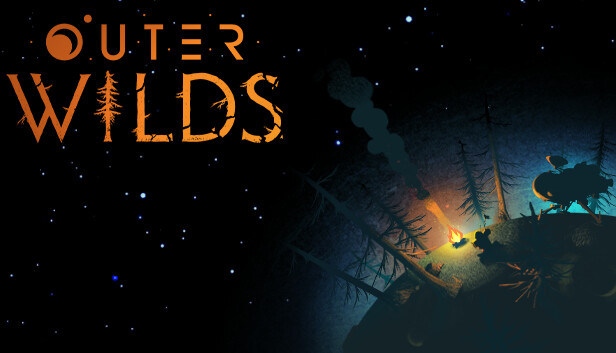 Named Game of the Year 2019 by Giant Bomb, Polygon, Eurogamer, and The Guardian, Outer Wilds is a critically-acclaimed and award-winning open world mystery about a solar system trapped in an endless time loop.

store.steampowered.com
Last edited by a moderator: Aug 6, 2021
Reactions: EndiS, rendysaputra, Nightcircle and 30 others

The Incredible Machine
The OG puzzle game for me. I'm pretty sure it still holds up today. The best part is that a lot of puzzles were solvable in multiple ways. 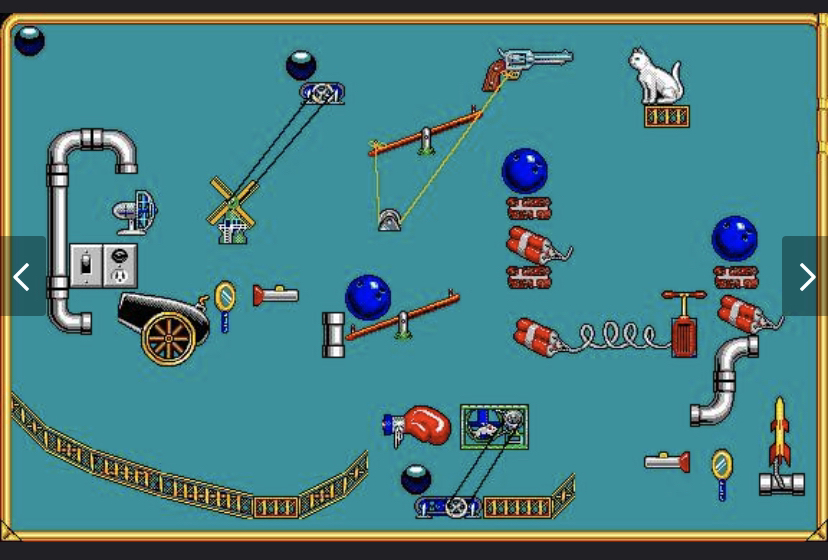 Hex Frvr
Probably the best mobile puzzle game I've played. Similarly to Tetris, the main reason to keep playing is to beat your highscore, and because it's simply satisfying to clear a bunch of rows. Sherlock
This is one of those puzzles where you get a bunch of rules and have to figure out the correct place for each thing.

There was another game I thought of, but I forgot what it was.
Reactions: rendysaputra, Nezi01, klikjoin and 26 others

Yep, that was going to be my next mention—great game. 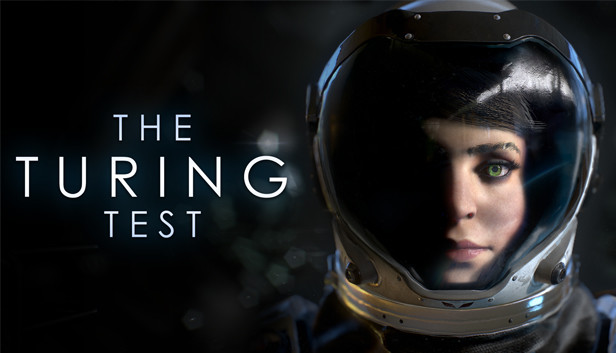 The Turing Test on Steam

The Turing Test is a challenging first-person puzzle game set on Jupiter’s moon, Europa. You are Ava Turing, an engineer for the International Space Agency (ISA) sent to discover the cause behind the disappearance of the ground crew stationed there.

store.steampowered.com
…which has a similar environment manipulation thing going on. It's well done and not too difficult. It and the Collector's Edition are currently 80-85% off on Steam for another week—go grab it!

Hello Everyone, i'm sleepygas43 and my favorite pc puzzle game is Infinifactory. It remind me of another game for some reason. But love Infinifactory.
Last edited by a moderator: Jul 15, 2021
Reactions: rendysaputra, klikjoin, boygame and 19 others

Not really my favourite, but I just finished this and it was quite satisfying for a browser game: https://treksit.com/
Reactions: klikjoin, boygame, bipbip and 19 others
S

one of my favorite puzzle games is Love You to Bits
Reactions: boygame, zuQy, kiwil007 and 10 others
M

manifold garden ..... you will struggle until you figure the mindset of the writer.
also check out the witness and anti chamber
Reactions: klikjoin, zuQy, Wilyann and 9 others

i fought a lot with my brother.. oh dear good old days eh...
Reactions: zuQy, Wilyann, sugengpriyadi85 and 3 others

Right now, I would have to say Tetris Effect. I love that I can play it with my retro SNES controller (by running Epic Games through Steam) and how the music fits the puzzle and vice versa. The visuals are quite relaxing and it kind of reminds me of visual plugins through Winamp or similar programs.
Reactions: denz.id, zuQy, Wilyann and 3 others

Brian Boru said:
This thread is about games where puzzles are the main focus—so no Minecraft or Fortnite or similar, thanks.
Click to expand...

Posts mentioning any such game will be removed
Last edited: Jul 15, 2021
Reactions: Natez, boygame, villagerRoys and 10 others

Anyone remember Lemmings? That was fun way back when, trying to find ways to save those little guys without them plunging to their deaths.
Reactions: Joko sembung, ZALDI GAMING, Wilyann and 8 others

Krud said:
Anyone remember Lemmings? That was fun way back when, trying to find ways to save those little guys without them plunging to their deaths.
Click to expand...

I never really liked Lemmings. It's too much waiting around and then timing your clicks just right and if you make a mistake you can start all over again.
Reactions: MrShadow, Wilyann, RivandhyA and 4 others

There's a clone which didn't grab me, but give it a try: 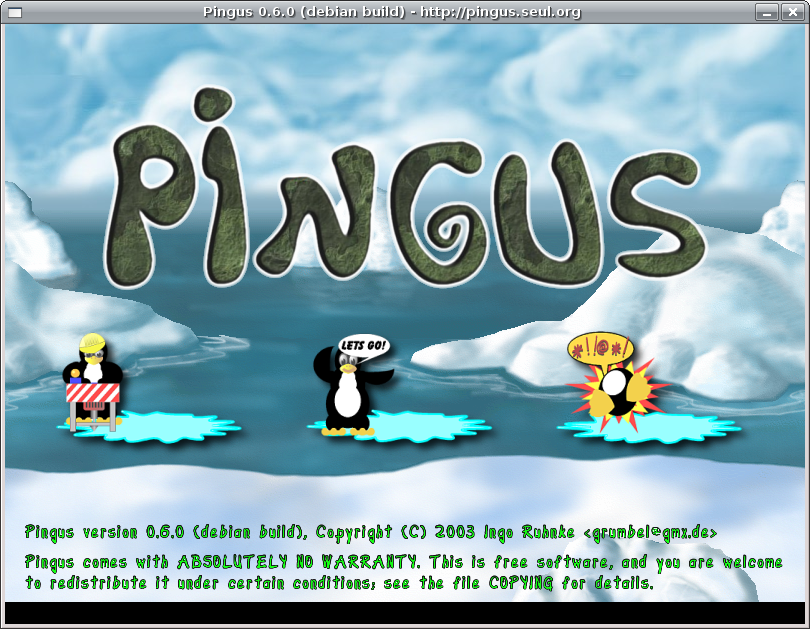 I doubt it today, if you could even get it to run. Try Pingus instead.
Reactions: Wilyann, DananG03, Salihahx7 and 1 other person

not exactly a game but I forgot about this website, it used to amuse us 10 or so years ago

Colif said:
not exactly a game but I forgot about this website, it used to amuse us 10 or so years ago

I just spend an hour or so completing a bunch of them...
Reactions: ZedClampet, Wilyann, Salihahx7 and 2 others

My favorite pc puzzle game was jigsaw puzzle and I loved to play that before.
Reactions: Salihahx7

wonders, is this a puzzle game?