Honestly, I've stalled at about 15 hours in. I've been quite busy in other ways recently so the shear amount of content there is intimidating when you can only grab an hour here and there. I might come back to it, but I've fallen back into other things for the moment.
Reactions: Pifanjr
B

Odyssey is pretty fun. Reminds me a bit of Witcher 3 for some reason. Previous to that, I'd only played Black Flag, which didn't hold my interest.

Yea, Odyssey has made some nice changes to the genre. It feels more like an RPG, so that's maybe why I like it more, and ofc love for Greek mythology. When u play it on a huge 4k screen, there is no need for HC playing, just enjoying the scenery. Such an eye-candy.

Assassins Creed 2, Brotherhood, and Revelations were my favourite. I thought they had the best story and main character. I fell off the Assassins Creed train with Black Flag, as I hated the pirate aspect of it. (I'm definitely in the monitory that hated sailing a ship!)
Reactions: Krud and Pifanjr
U

I started AC: Origins out of spite - mainly because everybody kept saying it's too grindy and boring. Epic Games had that sale earlier this year with the $10 coupon and you could wind up getting AC: Origins Gold for $10 and Odyssey Ultimate for $20. Well, holy crap - turns out - I really liked it and am still enjoying it. Just now getting started on the last DLC. Never would have thought I would have liked it as much. Problem now, is that with CyberPunk 2077 round the corner - Odyssey will just have to wait a bit longer.
Last edited: Sep 24, 2020
Reactions: Pifanjr and Zloth

Oh, I don't think you would want to play Odyssey right after Origins. That would be a LOT of assassin time! Of course, you'll be missing this while playing around in Night City... 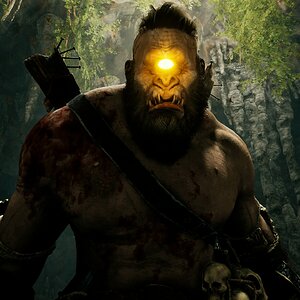 I have a weird relationship with the Assassin's Creed* series. I own nearly all of them at this point, but I've not finished any of them. And I can't decide which title is worth sinking time into completing. I thought Black Flag would be my jam (I loved Sid Meier's Pirates!), but I got hung up in an endless mission loop where I had to chase a guy through a town or something to that effect, and I sucked at it. (I kept losing him, or getting in trouble on the way, or something. It's been several years since I last gave it a try, so my memory's hazy.)

Origins caught my attention most recently, and I liked what I played of it, but I didn't feel particularly compelled to continue, either. I don't know if other people encounter games like that, where it's fun enough while you're in the middle of it, but it doesn't linger with you and as soon as you set it aside to do something else, you feel no pressing need to continue, beyond a sort of "Well, I bought it, I should probably play it some more."

(* - I say Assassin's Creed, but this also applies to the Far Cry and Watch Dog games. I keep buying them, and I keep getting bored with them. It's a weird cycle.)
Reactions: Kaamos_Llama
U

Yeah, I think I have all of them as well - but not until did I get my 2070 Super last year, did I start playing them. I just connected a 49" LG Nano as my main monitor and talk about a difference! Anyway, I got about 90% done with Origins (finished the game and all the quests - but still need a few items and tasks to get 100%). Only if I have 30min to kill time will I go back and inch closer to being completely done.

But - yeah - there are quite a few games that I started and then figured it wasn't worth my time to continue on - especially, if i'd rather go back to a game that i already played and knew my level of enjoyment. Like Watch Dogs - can't get past that first fight with Ming - so if on my next attempt I can't get past it - I'll uninstall and move on.

Anyway - I just started Odyssey - so will be curious how they compare and if I'll be hooked enough by the time Cyperpunk is available to play to wait for day 1 bugs to iron out or just dive right in.
Reactions: Krud and Kaamos_Llama

Kaamos_Llama said:
As a bit of background: I've not played an Assassins Creed game since the first one on PS3. In short I played it around half way and got bored with what I perceived as the copy paste nature of the quests in the world and the story didn't grab me. I decided then the franchise wasn't for me and moved on. I have before and since enjoyed some other 3d open world games, such as Oblivion, Skyrim, and Shadow of Mordor in the past. It seems like its the Ubisoft ones I haven't liked so I'm a little cautious about diving back in.

I've heard some good things about Syndicate, Origins and then Oddyssey, and as they are all on sale from the Epic store for cheap I'm considering trying again.

Which one would you say is the better game and why?