Feature Ubisoft is working on an open world Star Wars game - what do you want to see? 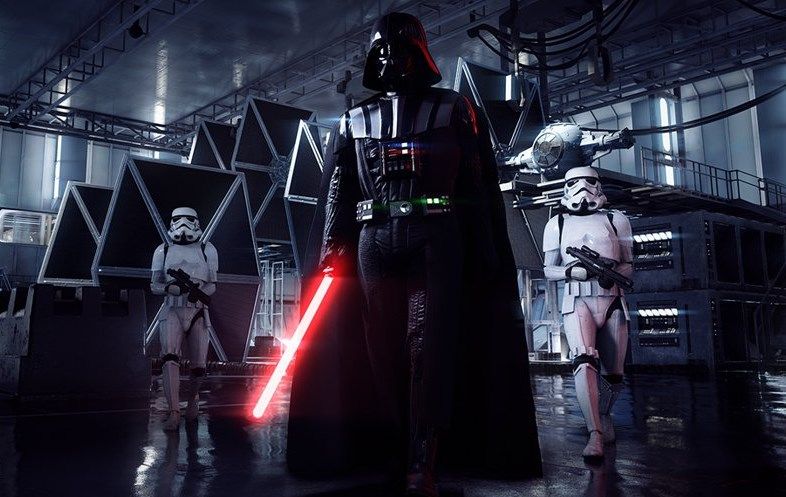 Ubisoft is working on an open world Star Wars game

Lucasfilm Games tells EA: "I am altering the deal."

"The newly rebranded Lucasfilm Games has announced that Ubisoft is developing an open-world Star Wars game. Wired got the scoop, and a few details: the game is being worked on by Massive Entertainment, developer most recently of The Division and its sequel, and its creative director is Julian Gerighty (director of The Division 2 and the Crew). Development is early days and the game will use Massive's Snowdrop Engine. "

Which begs the question, what would you want to see from an open world Star Wars game? Post your hopes and dreams in this thread!

May your thoughts be with us!
Last edited: Jan 13, 2021
Reactions: jimgamer1, Marat Gai, Italoq and 5 others

Damn, that's a nice info drop. Hope to see more in the future.
Obviously the force is a nice element and can be used quite extensively for environment puzzles as well as combat.
If we are dreaming a jedi and sith path would be cool, so we can experiment with different powers, although grey jedis work for that as well I suppose.
Reactions: Ju19842033, baris4hin and SWard 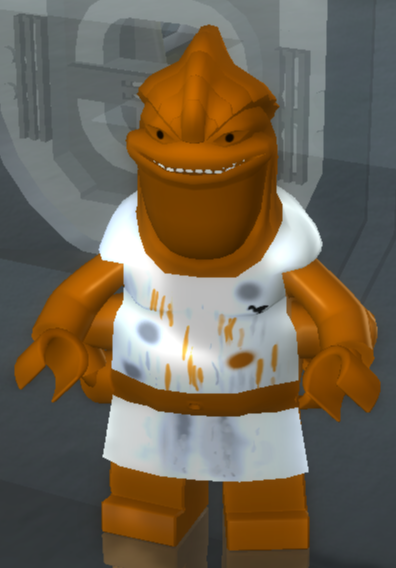 lego-star-wars-central.fandom.com
found that guy to be cute back a decade ago when I played LEGO Star Wars
Reactions: Ju19842033, SWard and Frindis

you seem to be awfully sure it's a space sim mmorpg.
Reactions: Frindis

I can't get myself overly excited about this one.

The only game I could possibly see myself wanting like that is something like what Star Wars 1313 was supposed to be, which would help capitalise on the popularity of Mando.

A Jedi/Sith based open-world might work, but I'm sceptical
Reactions: Robertom10 and badman

Alright falkon, if you want, your micro transaction based shooter is still there to play.

I want them to scratch the whole idea and then spend said resources on an open world Star Trek game.

erdelf said:
Alright falkon, if you want, your micro transaction based shooter is still there to play.
Click to expand...

Not sure what you're talking about?

Not played Battlefront 2 in a long while (good luck Ubisoft coming up with something similar that isn't garbage though), and neither Fallen Order nor Squadrons are, to my knowledge, MT-based shooters

Topperfalkon said:
Not sure what you're talking about?

Not played Battlefront 2 in a long while (good luck Ubisoft coming up with something similar that isn't garbage though), and neither Fallen Order nor Squadrons are, to my knowledge, MT-based shooters
Click to expand...

Ah, of course. Should have known your comments only regard what you like.
And of course, if you disregard EA's biggest title then your comment might at least somewhat make sense.

make it like kotor.
GOOD STORY AND NO MICROTRANSACTION NONSENSE.
Maybe make every character you create unique, different skill trees and stuff that are balanced but not boring skills like 0.5% ammo size etc

Hmm... I really enjoyed the first Division, but the second one really leads me to believe they have no idea how they made such a great game the first time. So I'm a little apprehensive about this, but oh my am I happy to see someone other than EA getting to make Star Wars games again.

What I want out of a SW game is for a studio to emulate the success of LucasArts, who made so many fantastic games in the universe. But getting more specific, I'd first like to see a game that doesn't bank on nostalgia to succeed or tell a story. No more iconic characters. And maybe a little less Jedi oriented stuff. The best thing about SWG in the early days was that it took inspiration from the HUGE universe of Star Wars to put you in the various other roles in the universe. And it was so much more interesting than someone elses take on the space wizards. It had the advantage of trying to stay cannon and the time period didn't allow other Jedi to exist, so for a while it was a very unique SW experience. Don't get me wrong, jedi and lightsabers are great. But there is so much more that can be done with the universe that has been created over the years.

The two older games I'd love to see a developer take influence from are the Jedi Knight/Academy games and KOTOR. They both provided such great gameplay opportunities. Jedi Academy had such a great online community, mods and game modes. And KOTOR was just an excellent RPG in the Star Wars universe.
Reactions: badman
J

i would hope for just one big planetary battle. Either take part as the Empire or the rebel alliance attacking a world. basically you're a freelance agent that goes about influencing the conflict. The world should should have loads of AI battles and units just going off to attack each other constantly. You would influence key battles attacking key areas, completing secondary objectives to weaken areas to make it generally easier. There would be a load of missions to shift the frontlines to ultimately lead one to victory. Or... just see the world burn and see all sides lose.
M

Let's see the following make it in one game:

-Seamless travel from planet to space (no man's sky)

-Tons of armor and clothing options.

-Dye options on all armor, weapons, and mounts/vehicles.

-Purchase multiple star ships and customize their load out.

-Customize interior of starship because we should be able to walk around inside.

-Ability to purchase and place your home anywhere on a planet then customize it with the armor, weapons, and trophies of the galaxy (star wars galaxies)
OR.
-Craftable bases/buildings (ARK)

-Provide modding tools to the community.

-Have your game set in one era (probably clone since that's the most popular even though the empire is my favorite) and let the modders move it to others. If you choose the least favorite era with first order then you can have all the other era items in game as "relics of the past" and go back as memories to play through certain battles or events.

-Freedom to do whatever (skyrim)
Reactions: Jedi Scum, badman and jimgamer1

erdelf said:
Ah, of course. Should have known your comments only regard what you like.
And of course, if you disregard EA's biggest title then your comment might at least somewhat make sense.
Click to expand...

I honestly don't know what you're talking about.

You might remember that Massive was responsible for another little game called World in Conflict?

How about the first ever open world RTS game? Make it play much like Sacrifice (from Shiny days of yore) only, instead of one little battlefield, you and your troops can wander the world and even move from world to world.
Reactions: Frindis

Zloth said:
You might remember that Massive was responsible for another little game called World in Conflict?

How about the first ever open world RTS game? Make it play much like Sacrifice (from Shiny days of yore) only, instead of one little battlefield, you and your troops can wander the world and even move from world to world.
Click to expand...

Would that be like Mount & Blade almost?
Reactions: Zloth

I would like them to explore the non-Jedi parts of Star Wars, let the Jedi: Insert Name Here from EA be the Jedi content. Would love to see you become a badass Spy/Soldier/Bounty Hunter earning a living/fighting for your cause. I loved playing The Old Republic as an Imperial Agent/Republic Trooper, please let's explore something more than being a Jedi!!!!!!
Reactions: Mazer
O

I'd be fine with microtransactions if they're only available for cosmetics and POSSIBLY slight convenience items (something that gives no competitive advantage but makes life a bit easier in one aspect or another).

My biggest want will probably be a true open world experience....I don't want to have to wait while my character transitions from one area to another, have to select an area on a map just to travel there, etc. I hate when some MMO-esque games have something like a social space completely closed off from other areas of the world - it's much nicer being able to stroll into town and visa versa.

Laser hidden blade, and the game is complete for me.

I also want, the community and the gamers, to have the opportunity to suggest ideas and new features.
Reactions: badman
C