Sometimes it feels like the venerable tower defense games get a little lost in the mix. Straddling the line between city builder and real time strategy, whilst often keeping to a simple set of game rules this genre deserves its own thread on these boards surely. They are also in my opinion a fairly solid PC gaming genre, though not without its share of representatives on the consoles.

Of course, I can't bring up these games without speaking about Defense Grid. Probably the closest thing to a definitive game of its genre for the last decade or more. Then of course we got titles like Sanctum, though I must admit I had a soft spot for Sanctum 2 when it first came out.

We launched our own tower defense game last year at Stardock, which I was very fortunate to work on and help contribute to: Siege of Centauri, we took inspiration from those that came before and put a spin on it. You would be surprised the amount of time that was simple spent with our testers going back and forth tweaking level design. Half the maps we originally had were replaced at least if memory serves.

Last year the genre also seemed to mutate a little into the Survival RTS genre. Though perhaps that is better served in a different thread.

So folks, what is your fondest experience playing a tower defense game? Or perhaps a mod/map?
Reactions: GameHunter, Brian Boru, uberblue and 1 other person

Bloons is my favorite of all time! I remember playing it in high school. It was a game that we could actually play despite the school filters.

I haven't played the new one. I still play BTD5, but I enjoy it.

Probably not as hardcore as the ones you mentioned but definitely a game I love to play.
Reactions: Brian Boru

I grew up playing Tower Defense games over on Kongregate and Armor Games, as well on Warcraft III earlier. It's definitely one of my favorite genre, but it kinda went on hibernation during the time indie games started to get recognition as comercial releases and flash began to die.

My favorite series was probably Protector, which got progressively more complex as it went on. I also liked playing ShoppingMall TD and Element TD on Warcraft III. Nowadays the only game in the genre that interests me is Bloons TD and Gem Craft, which just released a new game.
Reactions: Brian Boru

I like those TD games where it feels like you're planning a medieval dungeon. That sort of theme seems to fit really well. So games like Orcs Must Die, Dungeon Warfare, and Rats, Bats, and Bones.

amandachen said:
I like those TD games where it feels like you're planning a medieval dungeon. That sort of theme seems to fit really well. So games like Orcs Must Die, Dungeon Warfare, and Rats, Bats, and Bones.
Click to expand...

It's been years since I played Orcs Must Die, but that one definitely hooked me. There's something about Tower Defence where once you start playing you just can't stop, until you finish or get stuck and drop it entirely. Or maybe that's just me.
Reactions: amandachen

Tower Defense is one of those genres that seems to cross-over a lot as well. Part of me almost wants to call even something like AI War partially a tower defense game.

Anyone had a try of the new GemCraft game yet? 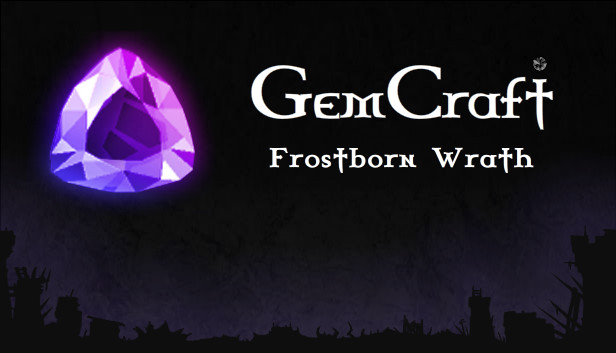 The epic tower defense dark fantasy journey continues! Create powerful gems with various abilities and take on the battle against an endlessly flowing army of monsters, and face the growing darkness as you fight your way back towards the Spiritforge.

Not yet. I will buy it alongside temtem when that one releases. Seems to be very similar to the original one, which I have played, but new maps and enemies.

I love tower defense but there are not enough good games, where you get more freedom without fixed paths like in Rats Love Pizza.

I haven't played any of the earlier ones, but I'll give this a go when it comes out. Defense Grid is still the best Tower Defense game I've played. Bloons6 I tried, but no. It looked and felt like a tablet game and there was no reaction time. You're either ready or it's over.

Tried a few more after, but none hooked me. Thanks to this thread I've just discovered apparent classics of the genre, so thank you all for these additions to my wishlist!
You must log in or register to reply here.
Share:
Facebook Twitter Reddit Tumblr WhatsApp Email Link