What game cant you finish and why not ?

Although you probably dont want to admit it i am sure that some of us have been unable to finish some games for all sorts of reasons.
I dont use trainers to help me in a game , i cant see the point in paying money for a game and then use something to make it easier than it should be.
I dont use god modes because in one of the dragons age games i did use god mode and it actually made the game harder because i was solo after my party died so it actually took me longer to do certain things , not only that , the god mode embeded itself in the registry and applied itself to all the other dragon age games so it spoilt it for me.

I dont do any arcade type games but many years ago i got super meat boy and got to a point where i just got fed up of dying so i gave up on it.

I am currently 3 chapters away from finishing operencia and it is almost impossible for me to carry on because the dudes that are after me do 4 rounds of attacks before the game lets me take my first shot.
Reactions: mainer, ZedClampet, Brian Boru and 1 other person
J

There are some games that i can't beat because of technical reasons. or actually play them for that matter:

peter jacksons king kong - can't even play it because starforce was installed on it and windows prevents it running.

Scarface - doesn't run properly on. I think it was a processor issue.

Earth 2150 - it didn't run properly with hyperthreading turned on. So it only ran on single core pcs....

direct action: high treason. the expansion to direct action became unplayable as the sound just cut out and theres no fix for it. Just as well, it wasn't great.


of course, there are games i can't finish because they're tough, but i believe i've mentioned a load of them already in another topic.
Reactions: Brian Boru

Fire Pro wrestling, because I just couldn't get the timing down. I wasn't able to do the Razor DLC for Oblivion because I switched to 64-bit Windows Vista and the DRM couldn't deal with it.
Reactions: ZedClampet and Brian Boru

I struggled with the Vampire Counts campaign in TW:Warhammer. I'd played quite a lot of the other campaigns and won but I tried twice and couldn't seem to manage with the Vampire mechanics for some reason, so I moved on.

Battle Brothers: I haven't managed to even beat the first crisis on Expert difficulty. I'm bad at that game but I just cant leave it alone.

I liked FTL but I've never finished a run, that mothership final boss was brutal.

Loads more from the distant past, and there's a few that I still consider in progress which I may or may not go back to eventually.
Reactions: ZedClampet, Pifanjr and Brian Boru

The one I remember was Gears of War. I got the final boss and couldn't beat him. I don't think it's even an encounter that's considered difficult either.
Reactions: ZedClampet and Pifanjr

The one I'm most annoyed about is one of the 2 final boss fights in Far Cry Primal. I beat Batari first go pretty easily—it was just long and boring. But Ull I couldn't beat, or see a way to beat him—tried it twice and gave up. When I replayed I quit the game when only the boss fights were left—the rest of it is very enjoyable, so oh well.

FC5 I probably could beat with a few tries, but again why bother when I don't enjoy the play required. There are 9 mini-boss fights, and then 4 actual boss fights against the 4 main antagonists. I watched videos of them and decided, no. Far too much time—assuming I'd fail a number of times on each—to invest in play I don't like. Again, the rest of the game is great, so that's ok.

Similar story with FC New Dawn, altho I may give its ending another shot on a replay—I stopped first time before the end for some reason.

The only other games I can think of where I couldn't finish—as distinct from couldn't be bothered—is the Myst series 20-25years ago. I'm usually good at puzzle and adventure games, but the Myst games totally confuzzled me
Reactions: Zloth, ZedClampet and Pifanjr
M

thanks for the feedback guys , btw Brian , i bought all myst games at a silly price on steam , i had them many years ago on disc but lent them somebody and never got them back , the thing about myst puzzles is the solutions are so obvious you can miss them , on one of them i had to put it to compatability mode ( vista no service pack tab ) , this was because in a certain place you have to jump onto a mountain and you fall through the mountain and get stuck in a free fall loop. I guess its because todays pc's are too good for it.
Reactions: ZedClampet and Brian Boru

There are more games I don't finish than games I do. Something new and shiny usually gets my attention before I finish a game and I'll just never go back to finish it.
Reactions: mainer and ZedClampet

I'm too stubborn to not be able to finish games. I just keep trying endlessly until I beat them. The best technique I've found is to quit and come back to it a day later. That said, I also avoid games I know I will be bad at, like platformers. You could just go ahead and say all platformers I can't finish (except for the old Mario games).

@Brian Boru I didn't count Myst because I gave up almost immediately, mostly because it ran so horribly on my computer. I'm frequently tempted to buy one of the remakes and see if I can stand to be in the game long enough to do anything--although I'd probably be immediately stumped again. I got a free copy of one of the Myst games (you start in the desert is all I remember), and I played that one for awhile. Can't remember why I quit that one.

Didn't they announce a remake of Myst "recently"?
Reactions: Brian Boru and Pifanjr

There are couple games that I didn't finish, not because they were too hard, but because I just basically lost interest as I wasn't really enjoying my time with them. The Witcher 2 & Bioshock are both excellent games, but something about them, which I can't really define, made just walk away and not finish them. I'd like to revisit them some day, but my TBP pile is fairly large, so I don't see it happening anytime soon.

Only one game that I can remember did I actually rage quit from not being able to get through the final battle, and that was Risen (the 1st one). I've mentioned this in a couple other posts already, but basically, that final battle was so convoluted (in my opinion) that I just deleted the game. It still annoys me. In hindsight, I wish I had left in installed (years ago now) so that I could actually try that battle again.


ZedClampet said:
Didn't they announce a remake of Myst "recently"?
Click to expand...

Is this the one you're thinking of, a remake of Myst released in August of this year: 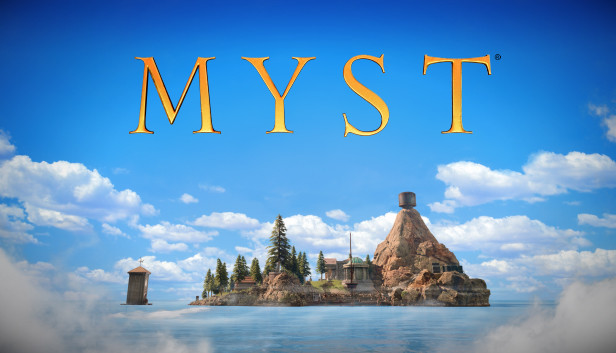 Cyan, the indie studio that created beloved classics Myst and Riven, has reimagined Myst. Built from the ground up to play in VR and flatscreen PC, explore Myst in a whole new dimension! Journey to the Ages, unravel puzzles, and be a part of the surrealistic adventure that will become your own.


ZedClampet said:
The best technique I've found is to quit and come back to it a day later.
Click to expand...

It's the best technique I've found if I'm having difficulty in a specific combat scenario, usually the final battle. It enabled me to complete that long, drawn=out final battle in Divinity OS 2. I spent hours over several tries to get through that, finally I just walked away from it, went back the next day and won a protracted battle on my first attempt.
Reactions: Pifanjr, ZedClampet and Brian Boru

Oh! I got through Myst, but I did bounce off... what was the name? Longest Journey! I couldn't deal with those puzzles at all.

mainer said:
I've mentioned this in a couple other posts already, but basically, that final battle was so convoluted (in my opinion) that I just deleted the game. It still annoys me. In hindsight, I wish I had left in installed (years ago now) so that I could actually try that battle again.
Click to expand...

Your opinion is quite right. That battle confused me a lot - it was like some other game's final battle was trying to cover for Risen's final battle while it was in the restroom. I looked up exactly how to finish the battle, so technically I completed it, but not in a fun way. That ending was just plain bad.
Reactions: Pifanjr, mainer and Brian Boru

mainer said:
remake of Myst released in August of this year
Click to expand...

Huh, didn't know about that—thanks you & @ZedClampet, my wish/mightlist was feeling neglected.