Weekend Question: When's the last time you were excited about a Kickstarter?

This week's question is: When's the last time you were excited about a Kickstarter?

Even before Kickstarter announced it was hopping on the blockchain bandwagon, people seemed to have fallen out of love with the crowdfunding platform. Videogame projects have been hitting lower targets in recent years, with all the biggest earners (like the Ouya, Shenmue 3, and Bloodstained: Ritual of the Night) now seven or more years behind us.

Meanwhile, Kickstarters for tabletop game continue to do well, raising $272 million in 2021, versus the more modest $24 million raised by videogames according to consultant Thomas Bidaux's study. Yet more and more of those board games are projects that probably didn't need to come round with their hands out—the Marvel Zombies board game raised $9,032,583, for instance—and just like videogames, there's a lot of cynicism among backers. If you've ever made the mistake of reading the comments on a Kickstarter's updates page, you'll have seen people start to complain about having to wait for their rewards approximately five minutes after the pledging period ended.

Still, hundreds of games are funded on Kickstarter each year (the number of annual funded videogame projects has been hovering around 400 since 2013, according to the study referenced above), and it remains the place to go for interesting hardware like XR glasses you can plug into a Steam Deck.

It doesn't have to be something you backed, but when was the last time you were excited by a Kickstarter?
Reactions: Sarafan and Frindis

this game was amazing when it was released 9 years ago... oh wait - https://www.kickstarter.com/projects/cig/star-citizen
Reactions: Alm, Frindis and Pifanjr

I'm excited for Frosthaven, the sequel to Gloomhaven. The kickstarter ended 2 years ago (I think?), but because of covid it has taken a lot longer to get the game on the shelves. One of my friends actually asked if I wanted it as a birthday present, but I assume he was joking because it's €200 and we probably have at least a year of content in Gloomhaven left.
Reactions: Brian Boru and mainer
R

Somewhat recently I backed Monomyth which looks quite interesting (Monomyth has a steam page as well if you're interested). The kickstarter has been over for a bit now, and I've been getting consistent updates about the development via email. It looks like its coming along well and could be a really cool dungeon crawler. I'll get a copy of the game when it releases since I backed it, so I'm looking forward to checking it out. But this is a fairly isolated case, and I don't really frequent kickstarter.
Reactions: Pifanjr

About 6 years ago, the original devs that created Giants: Citizen Kabuto were working on a spiritual successor, called First Wonder. I was a huge fan of Giants, so I was really stoked about it. I backed the Kickstarter, and even did a little promotion for them. Unfortunately, they didn't reach their goal and had to abandon the project. It was looking like it was going to be awesome, too. It's so very hard to know the cash value of fond memories. For games developers, it seems it's not until they test the …

Funny you mentioned https://www.kickstarter.com/projects/iga/bloodstained-ritual-of-the-night @PCG Jody because that is the last Kickstarter I was really excited for. I've never been a big fan of platforming games, but this just had the charm to suck me in. Beautiful scenery, insane level layout with tons of hidden items to find, and the best: Cool weapons, skills, and for the most parts unique and fun bosses. Honorable mention to Michiru Yamane who was the lead composer for the awesome soundtrack.

Here is the review from PC Gamer for anyone interested: https://www.pcgamer.com/bloodstained-ritual-of-the-night-review/
Reactions: Pifanjr and Brian Boru

The last one I can remember is the Kickstarter campaign for the System Shock Remake, and that was back in 2016 I believe. And it still hasn't released. It's gone through a protracted development hell that includes one complete scrapping of all work and starting over as well as several release time frames getting bumped, the last being summer of 2021. It's now got the dreaded "coming soon" tag on Steam, which could mean anything.

Back in the 1990s, the original System Shock was one of the most immersive games I'd ever played, so I'm still hopeful that the developer, Nightdive Studios, will be able to finish development. The demo that was released was pretty good, so that's a positive, but Nightdive hasn't done themselves any favors by maintaining radio silence for months at a time.
Reactions: Pifanjr, Zloth and Frindis

I have to point two examples. The most recent one was Crossroads Inn Kickstarter campaign. There's a fantastic and very original idea behind the game and I absolutely loved the whole concept. Decided to back the game almost right away. It turned out to be good, but not fantastic. I don't regret the money I've spent on it however. It's satisfying to know that I helped to make the game possible.

Even more excitement brought me crowdfunding of Pillars of Eternity. I still remember like it was yesterday. One of the brightest moments in PC gaming. Great comeback of isometric RPG's and a great comeback of Obsidian. The atmosphere of the Kickstarter campaign was marvelous. Counting the numbers of players that backed the game, counting the Endless Paths dungeon levels (their number was proportional to the number of backers!), watching developer updates, sharing all this with friends... It was a true festivity in gaming and I'm afraid that we won't get anything that's even close to this event in the near future.
Reactions: Pifanjr and Brian Boru

The last and only one i ever invested in was for Wolcen: Lords of Mayhem but back then it was called "Umbra". It looked promising at one point and then completely changed gears and came out a mediocre hack and slash imo.

I dont really do the whole kickstarter thing.
Reactions: Sarafan, mainer, Pifanjr and 1 other person

DXCHASE said:
The last and only one I ever invested in was for Wolcen: Lords of Mayhem but back then it was called "Umbra". It looked promising at one point and then completely changed gears and came out a mediocre hack and slash IMO.
Click to expand...

Oooof, one of my worst preorders. It looked good, some of the boss fights were cool and skill trees were not too shabby, but man, what a downer. Thankfully Lost Epoch (same genre) came out waaay better and one I have been playing with a big smile.
Reactions: Sarafan, mainer and Pifanjr 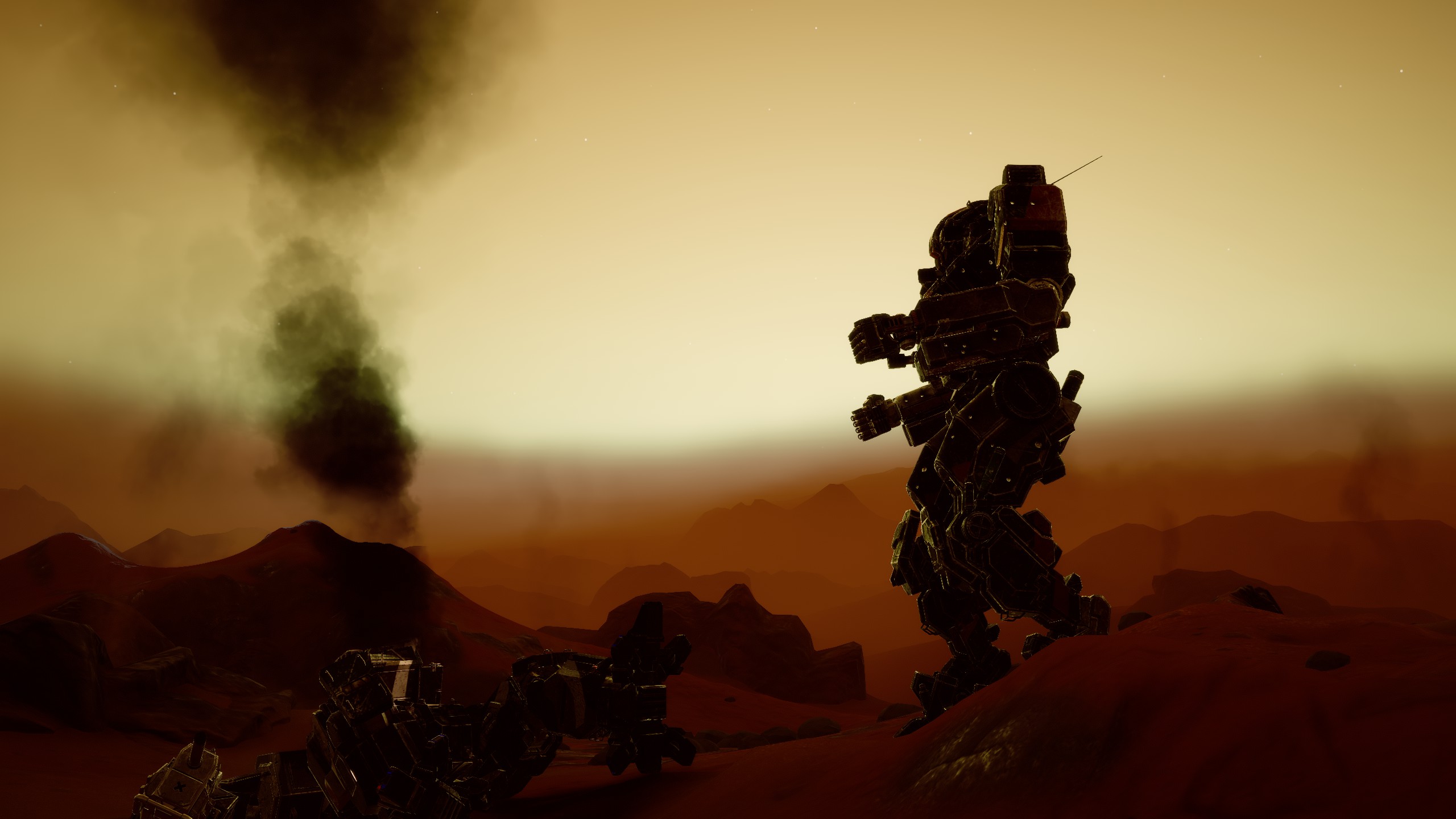 The last game I was excited about from Kickstarter was Agony, and that ended up a cluster f***. But, then again, there were so many clusters on Kickstarter that I quit backing games.

I was designated a "Super Backer" and had a special symbol by my name. I tossed my support to about 100 different games. Out of those games, only about 35 met their goal. Out of those 35, 10 have never released, and it's been over 5 years for all of them. That's a horrible track record, and I'm just not dealing with it anymore. If one or two games had failed, I would have shrugged it off.

The average response of these developers is "I'm having real life problems and have had to take a break from development." Bullshit. You made a commitment and people gave you money. Get your **** together or get a second job and give the money back.
Reactions: Pifanjr, Brian Boru, Zloth and 4 others


ZedClampet said:
The average response of these developers is "I'm having real life problems and have had to take a break from development." Bullshit. You made a commitment and people gave you money. Get your **** together or get a second job and give the money back.
Click to expand...

I've never backed a Kickstarter. I especially don't trust small teams or singular developers to actually deliver their promises. All kinds of stuff can happen, including just a loss of motivation to work on the product, and video game development usually takes multiple years.

If you feel strongly about your lost money, you can always sue the developers.
Reactions: mainer and Brian Boru

Pifanjr said:
I've never backed a Kickstarter. I especially don't trust small teams or singular developers to actually deliver their promises. All kinds of stuff can happen, including just a loss of motivation to work on the product, and video game development usually takes multiple years.

If you feel strongly about your lost money, you can always sue the developers.
Click to expand...

I don't know about today's kickstarter, but the way it used to work, Kickstarter, itself, added a lot of security and trust to the project. The way it was set up was that you just pledged your money, and they didn't actually take your money until the devs met a list of requirements. So if it looked like they were going to give up, you wouldn't end up being out any money.

But sometimes they found loopholes and you could still get burnt. Like when they were first promoting ProjectCARS, I knew a few people who jumped in only because they originally promised they were going to make a Wii U version. These people were all about the game, and they went out and heavily promoted the Kickstarter. But then as the game grew and the popularity of the Wii U did not grow, the devs realized porting it wasn't worth their time and effort, so they just swept it under the rug and acted like they never promised that. They were able to get away with it because they still released the game on all the other platforms, but my friends still got burnt.
Reactions: Pifanjr and Brian Boru
You must log in or register to reply here.
Share:
Facebook Twitter Reddit Tumblr WhatsApp Email Link