This week's question is: What's the last game whose graphics wowed you?

Maybe the ray tracing in Control, Metro Exodus, or Minecraft RTX particularly blew you away. Maybe it was the horses in Red Dead Redemption 2, the rocks in Death Stranding, or the water in Sea of Thieves. Maybe it was the entire planet Earth in Microsoft Flight Simulator, or *makes vague virtual motions* in Half-Life: Alyx. People who like cars have good things to say about the cars in each new Forza Horizon?

If you've got a screenshot to show off, even better!
Reactions: McStabStab

Dune 2 on Mega drive... yes, it does look bad NOW but back then, it wasn't bad

i may be jaded. I am not impressed by graphics, its what game is like under surface that counts to me.
Reactions: McStabStab and Pifanjr

HD Overhaul of She Will Punish Them! Definitely wow for the skin details and all other stuff!! 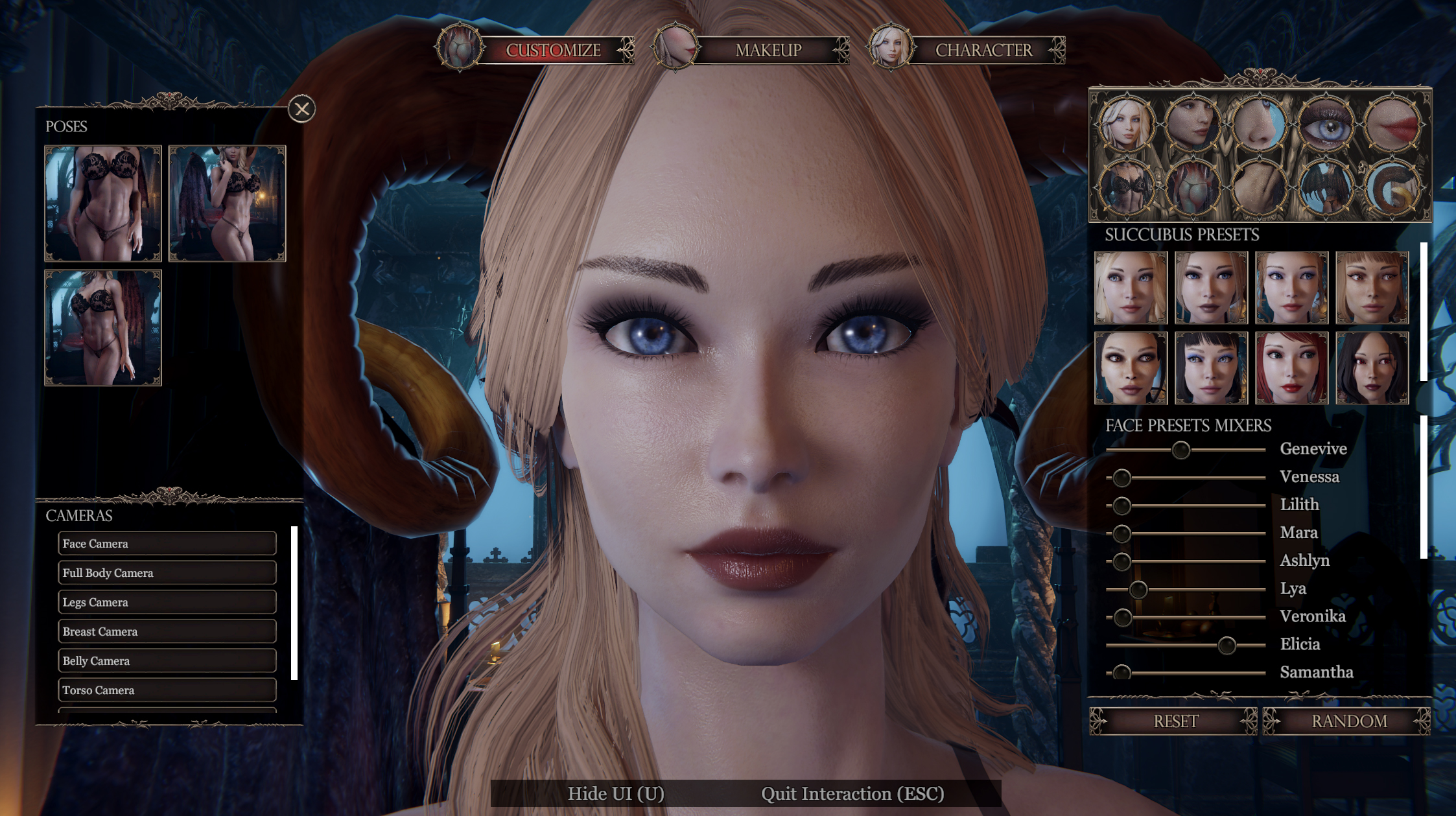 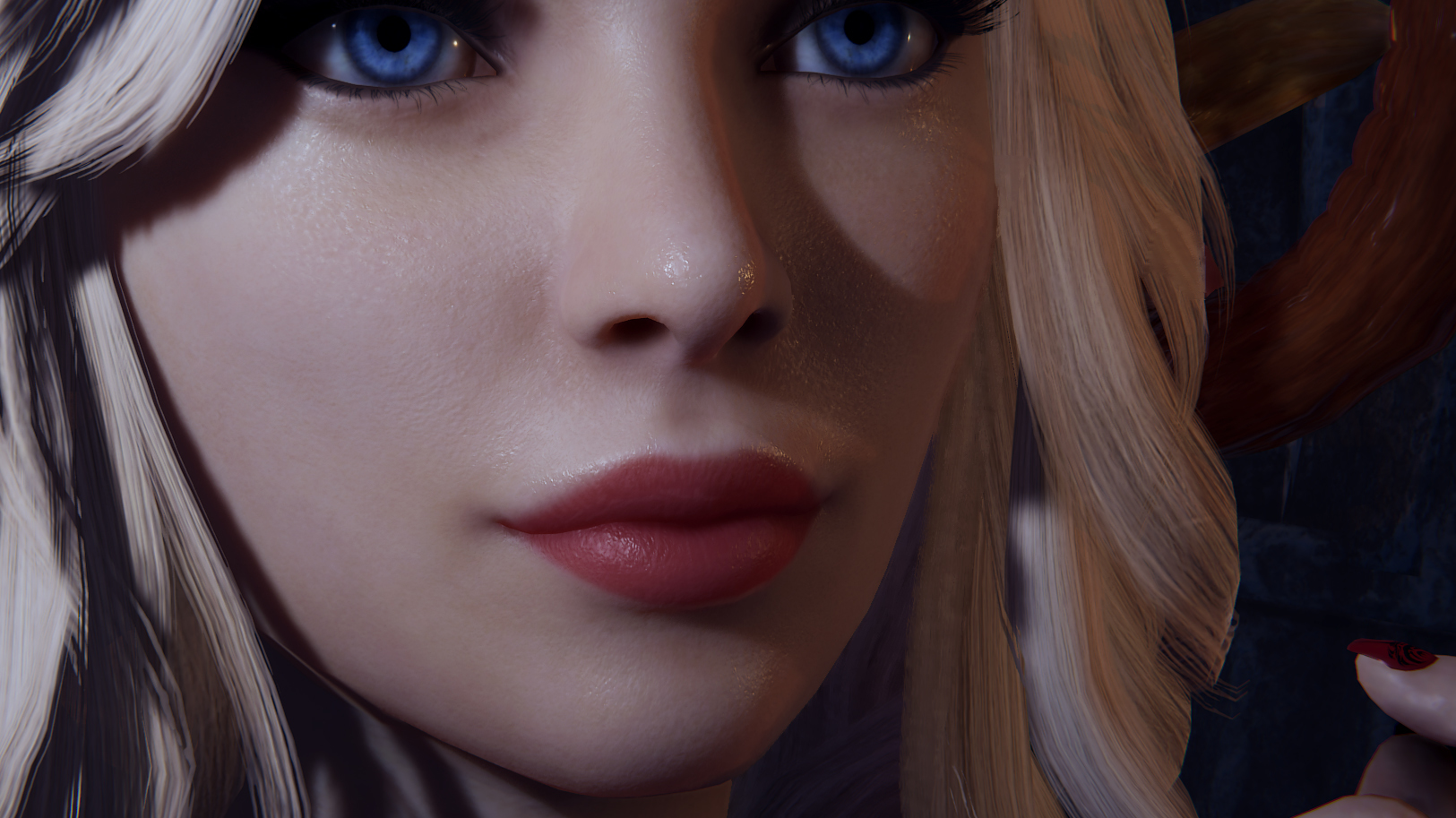 Ubisoft make great Far Cry & other worlds and wildlife, but Primal is special. The lighting, the human & animal expressive animations, the immersive gorgeous world—the most beautiful game I've played… and the bar is pretty high these days.
Reactions: McStabStab, ZedClampet and Pifanjr
W

3 years ago I was really amused by heavily modded Risen.
Reactions: McStabStab

Red Dead Redemption 2. I had put off buying it until i got an RTX card capable of playing it well over 60fps at 1440p. When i did i was just blown away and spent a couple hours just riding my horse around in different terrain and weather and then immediately installed new mods that completely enhanced the game. Im still amazed by it.
Reactions: Alm, Brian Boru and McStabStab

I won't buy a game based solely on graphics, as graphics are only a secondary concern for me (not that I don't appreciate astounding graphics), as games promoted on their graphics, often end up being a bit of a shallow experience (opinion). I usually buy a game based on the story, the interactions of the PC with others, of variable choices, gameplay, & combat. I'm pretty old-school when it comes to games, and I play a lot of older games, modded games, and remasters.

One game comes to mind that I bought at release (which I don't often do), was Greedfall. I was greatly impressed by the graphic fidelity that a such a small studio like Spiders could produce. It was a game that almost hit on all cylinders but not quite, though still a great experience. 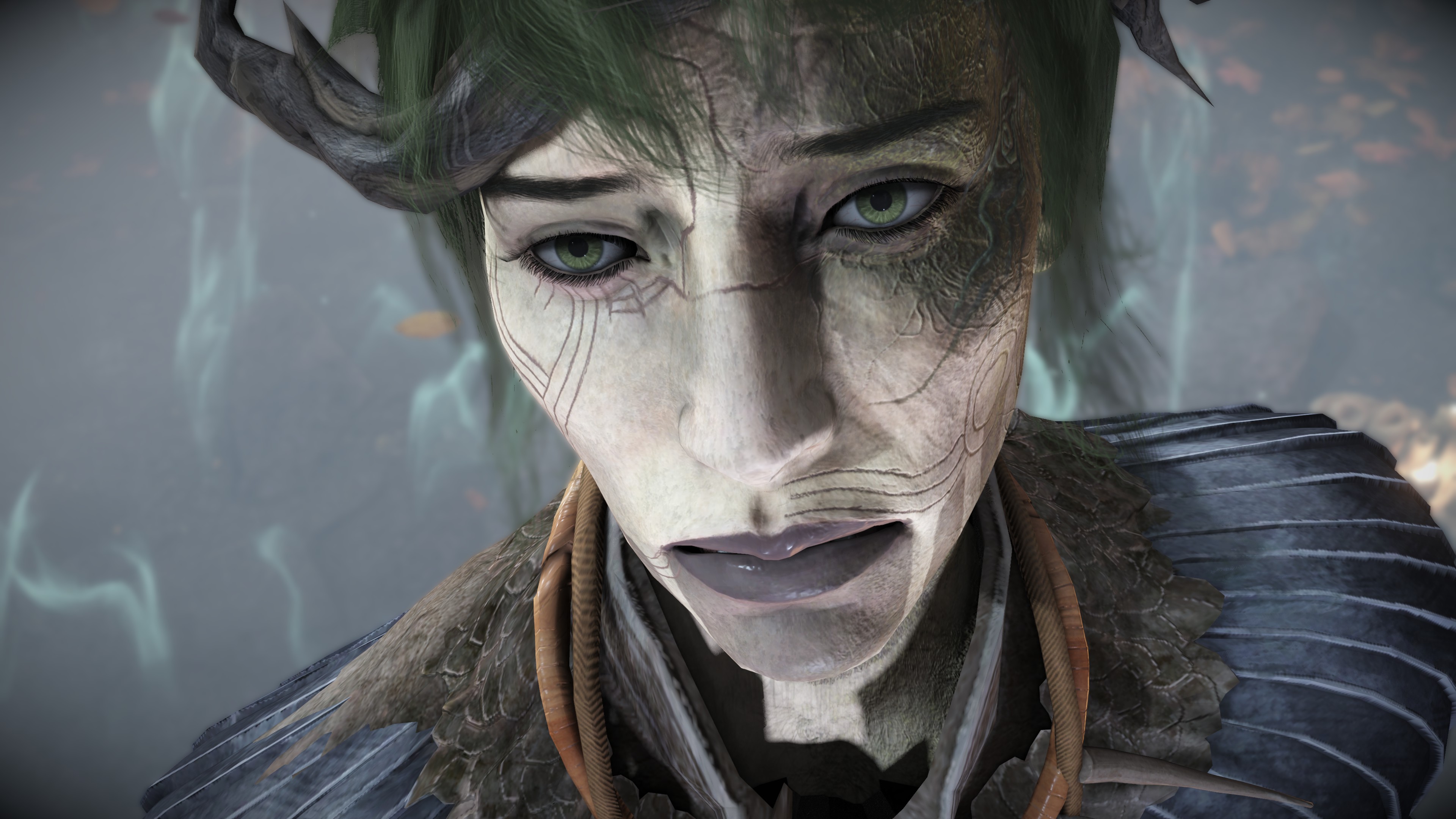 I drool over games made on the Frostbite engine, and Battlefield V was the first game I played with ray tracing enabled. At the time I didn't have my 30 series card, but they released the driver for my 1080ti that unlocked the settings and I was able to try it out at around 30fps. Now that I have a 3070 I can run it much better and it looks incredible.
Reactions: Alm, ZedClampet and Brian Boru

I play FH4 and it's amazing, the graphics of drifting and driving is amazing.
Reactions: McStabStab
J

Recently it was Shadow Warrior 2. Zilla City to be exact. The large amount of Neon, the reflective surfaces, zen architecture and the many shop fronts in a rain slick environment was amazing. The tv station foyer was an impressive highlight to the entire area.

That said, the rest of shadow warrior 2's locations shouldn't be ignored as they were also amazing to hack and slash my way throughout.
Reactions: Brian Boru and McStabStab

I think it was Battlefield 3. I was pulling a flank and as soon as I crested the hill the sun hit my face like a cream filled pie tin. Manfred Mann played in the background as I was gunned down by an army of not blind enemies and I said, "Wow. The sun f@#$ing sucks in this game."

On a more serious note, I haven't been wowed by realism in games a long time now. If anything, I feel like graphically, games haven't gotten much better in the past five years.

What has gotten better though is the artistic design of games. Monster Hunter World's lush Ancient Forest and vibrant Coral Highlands are some of the most beautiful environments in games, and I would visit them more often if I didn't have to murder dopey lizard birds and puffy cats for marginal gear upgrades every time I went.
Reactions: Kaamos_Llama, Pifanjr, McStabStab and 1 other person

Answering some of your questions about the most real video games. Among which I highlight Just Cause 4, the day before, among others, that if they are not the best games their graphics seem almost real.

its got to be watching the latest released videos for forza horizon 5 on youtube, i was watching it on my big tv, and a support staff who was on with me and was most definately not a gamer thought i was watching the news or something else on tv,ive caught her out before when watching drive club game play in 4k on youtube as well.
it did look very close to realism though i was wowed by it and almost in sheer euphoria but a sudden wave of sadness came over me, knowing my entry level gaming laptop will not be good enough to run it-heres hoping the third/biggest steam deck will run it as i do have a deposit down on one of them. 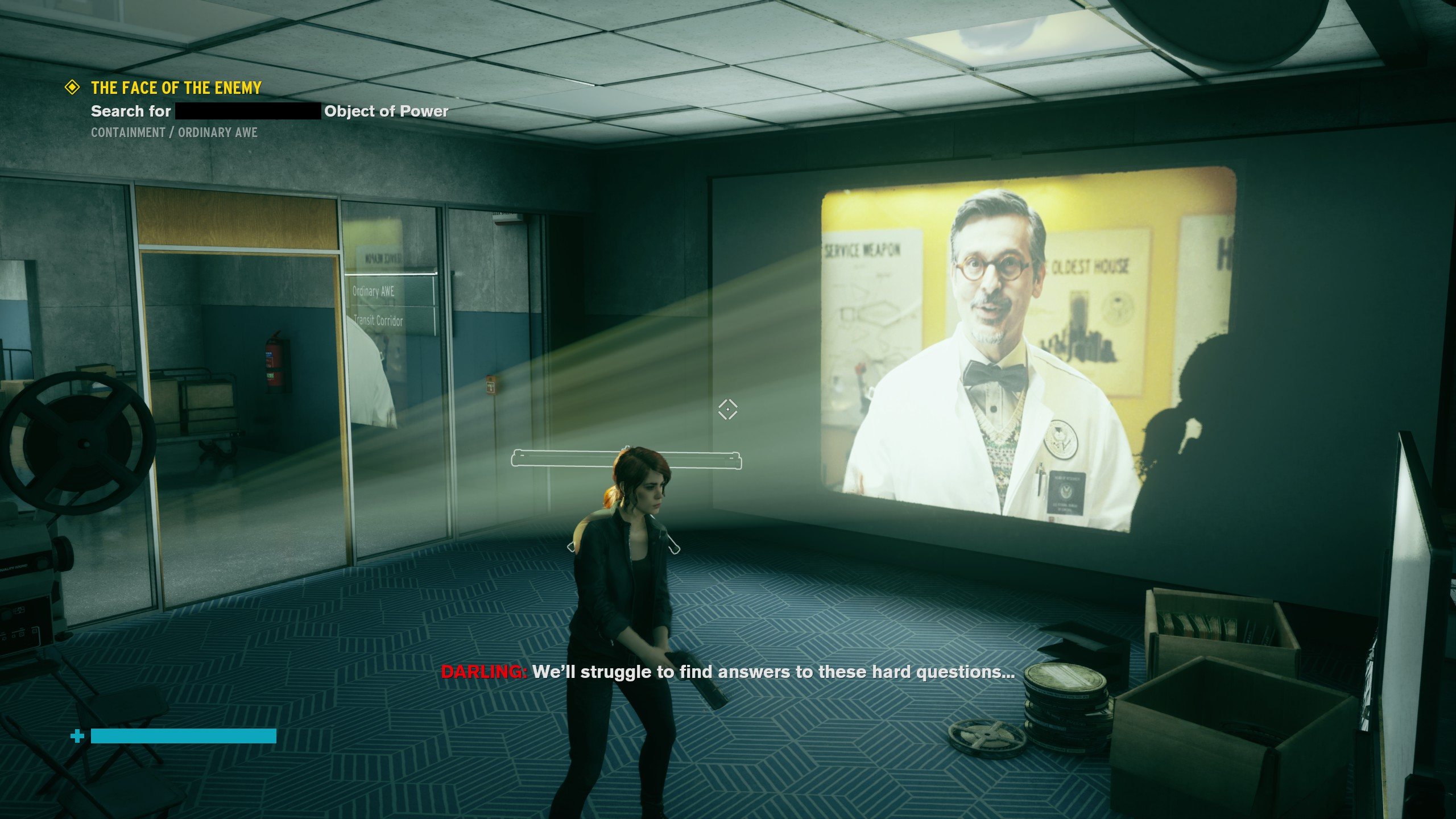 She's just standing there with over-done rays coming from the projector. Duuullll!

A shame she's just standing there while cliché science guy talks. (And a pity I didn't notice the white board until later - I could have swung the camera around.)

P.S. I haven't ever seen water done well unless it's flat. For whatever reason, waves always look wrong. Especially near the shore!
Reactions: WoodenSaucer, Withywarlock, Brian Boru and 2 others

The environments and lighting look cooler and more vibrant than real life. And the biomes run the gamut from deserts to forest logging towns with streams running beneath main street. It's a joy just riding your horse across country as it changes from day to night, or sunny to windy or rainy. And that's all on top of how detailed all of the models are and how strong the animations are.
Reactions: Brian Boru

Graphics are getting better and game sizes grow to accommodate the file sizes needed for these graphics but as mainer said, there is more to games than what they look like, or you might as well watch a movie. I wait for day we can do photo realistic easy, then they might have to return to making games fun too.

Graphics is a crutch to hold up some pretty bad games. I have been saying for years I wish they spent more time on making them fun and less on making them look pretty. But many are impressed by pretty and don't notice there is not a lot to do until they bought it and its too late... generally 1 week after starting to play when the gloss starts to wear off. So I know I am fighting a losing battle.

It's been a while since I had a high end PC, so I haven't been able to enjoy any recent games on high resolution. I did get to switch from playing Kingdom Come: Deliverance on a laptop to playing it on a second hand PC, which did make it look a lot better.

I think it was probably Star Wars Battlefront 2.

It wasn't quite a Wow, but I was impressed at how they made the Star Wars universe look.

Face Hugger said:
The environments [of RDR2] and lighting look cooler and more vibrant than real life.
Click to expand...

Except for the night sky, which is downright pathetic. I can see more stars from my suburban home under a full moon than RDR2 shows in the night sky! Maybe they were watching too many of those old movies where the "night" would be shot in the daytime with a blue filter on the camera?
Reactions: Pifanjr
T

I don't really remember. It was probably seeing the trees sway in the wind off in the distance on Witcher 3.
I recently played a game called cloudpunk. It has voxel based graphics that by itself would not seem impressive, but when combined with lighting effects and a certain ambience it made a really immersive experience. I felt like I was in the movie blade runner.
P

Ubisoft make great Far Cry & other worlds and wildlife, but Primal is special. The lighting, the human & animal expressive animations, the immersive gorgeous world—the most beautiful game I've played… and the bar is pretty high these days.
Click to expand...

yes it is. cannot disagree with this
Reactions: Brian Boru

i only have a RTX 2060 but it makes fantastic graphics,id say need for speed heat or panzer dragoon remake-both wowed me.