Weekend Question: What DLC should get a standalone sequel?

This week the question is: What DLC should get a standalone sequel?

Tiny Tina's Wonderlands is a spin-off based on a popular DLC for Borderlands 2, which seems like a safer option than following up on the underwhelming Borderlands 3. Likewise, the Zombie Army series spun off from some popular DLC from the Sniper Elite series. What expansions or add-ons do you like enough that you'd rather see them get a follow-up than the actual game they came from?
Reactions: Frindis, XoRn and Pifanjr

The Undead Nightmare DLC for the first RDR got me hankering for a full zombie game in Rockstar's style of painstakingly crafted open world adventures. The hunting and camp maintenance of RDR2 would be a great fit for a more survival based experience too.

The Far Cry games have a history of DLC's which shake up the genre and formula, from Valley of the Yetis for FC4 which had some of The Long Dark's DNA infused with Far Cry gunplay, to the tryptich of sci-fi, horror, and vietnam war DLC for Far Cry 5. It would be great for Ubisoft to fill in their off years between major Far Cry releases with more risk-taking side entries to the series like Far Cry Primal, which repurposed the FC4 map to speed up development, or New Dawn which did the same by turning FC5's map into a colourful post-apocalypse. Why not shift the colour palette of the FC5 map and make it a wild west FPS? With zombies, because why not?
Reactions: Krud, ZedClampet, XoRn and 2 others

This, definitely. Great, beautiful game in its own right, I'd love to see that world and 10K BC era expanded and developed. Introduced base building and specialist NPCs, elements which have rich dev potential.

This also, it's got a whole new world scene—post-apoc—and expanded RPG-lite with the base building and leveling up. The 'out-of-game' Expeditions were cool too. There's plenty of material there to expand and develop.

The Zero Hour expansion for Command and Conquer Generals has a fantastic Generals Challenge extra where you play as one general, and take on each of the other 8—so 72 distinct missions. No story, but fantastic gameplay—I'd love to see this 'extra' in other games, since there's currently no sign of Generals 2—unless of course it's Petroglyph's current secret project
Reactions: ZedClampet, Frindis, XoRn and 1 other person

This is a no brainer for me. Opposing Forces for the original Half-Life ends with Adrian Shepard being voided by the G-Man, presumably stashed away to be unleashed on the Combine when it would most benefit G-Man and his mysterious overlords. Shepard has his own destiny of course, something suplemental to Gordon's. Perhaps he find the means to discover the Borealis, or maybe he ends up back at Black Mesa (which wasn't as nuked as we thought it was). Hell, maybe he's dropped on the combine home world where he wages an all out guerrilla campaign to cause as much havoc and destruction as possible.

Whatever the plot, it would be a welcome (long over due) additon to the Half-Life universe. I can already hear a friendly Vortigaunt companion. "The Shepard will lead us."
Reactions: Krud, Brian Boru, Frindis and 2 others

There is the Kasumi: Stolen Memory DLC for Mass Effect 2, that introduced Kasumi Goto, voiced by Kym Hoy, that left me wanting more. The DLC itself was fairly short, but I felt she was such a strong character and I was somewhat disappointed that after her mission was over, she just sat in her cabin without much dialogue or interaction. True, you could take her as a companion on missions, but there was very little banter with crewmates or interaction with Shepard. I don't know if an entire game could be based around her, but there's a depth to her character and mysterious background that might warrant a spinoff game with her as the main character.
Reactions: Krud, Pifanjr and XoRn

The Alien: Isolation DLC that had you play through the events of 1979's Alien by Ridley Scott. I'll take any excuse to have more content for that game.
Reactions: Krud, mainer, ZedClampet and 2 others

Robin's answer reminded me of one: Witcher 3's Blood and Wine. There was a big rock formation in that DLC that looked like a pair of fangs sticking up: 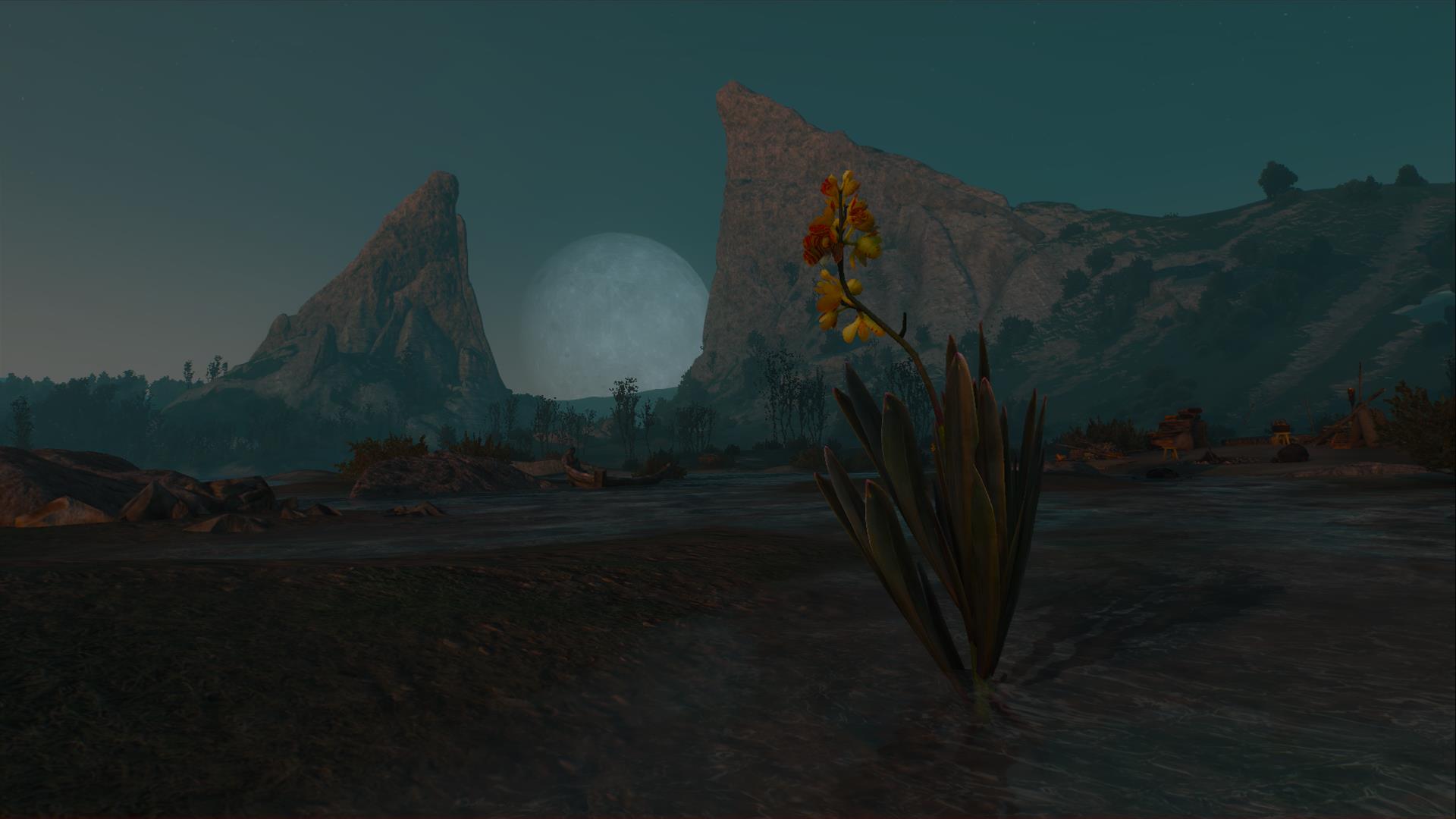 The game never really explained them, though. There was a little fort to fight through, but I sure didn't find anything inside or out saying what the story was on such a strange formation. A game that goes into the history of that place would be great!
Reactions: Krud, mainer, Pifanjr and 1 other person

(Don't know how I missed this question!)

That's a tough one. A lot of the DLC I play is either very self-contained or wrap themselves up in the main storyline in such a way that focusing on just the DLC aspect would be potentially narrow-sighted, perhaps? But maybe I'm just thinking of the wrong DLC. Then there's the opposite end, like Shivering Isles or Dawnguard, where they were basically their own storylines anyway. (Trivia: I have finished all of the Skyrim DLC and the dragon questline, but have never ended the war between the Stormcloaks and Imperials, because I don't like either side.)

I suppose if there's one DLC I'd like to see fleshed out, maybe even to a full game/sequel, it'd be a sequel to Fallout New Vegas focused on the Honest Hearts area. Actually I just want a New Vegas sequel, full stop. Maybe even prequel. I want to see what Yes Man has done with the place...
Reactions: mainer, Pifanjr, Brian Boru and 1 other person

FONV had such great DLCs like Honest Hearts & Blood Money, but as @Krud stated, a full blown sequel to New Vegas is one of my dreams, especially now that Obsidian and Bethesda are both with Microsoft. In addition, I would love to see a complete remaster of FONV with all the DLC, with Obsidian having the time to actually add in the content that they had to cut due to the imposed time constraints.
Reactions: Krud, Pifanjr and Brian Boru
J

A bit late, but i would love to see another Blood Dragon FPS game. No, that dirt bikes game thing doesn't cut it.
Reactions: Krud
You must log in or register to reply here.
Share:
Facebook Twitter Reddit Tumblr WhatsApp Email Link