The Dungeon of Naheulbeuk: The amulet of chaos, PCG hasn't talked about it?

What gives PCG, so many games i've heard about through you but i've not seen a thing about this one, so i figured i would give you a heads up on something you should be playing!

Has anyone seen this game? Talk about a hidden gem. It has an old school Dnd Feel, but all the modern bonuses of a game from 2020. It can use a little bug fixing, but what RPG doesn't at launch. But so far in 20+ hours i haven't had any game breakers, more just a few items that didn't give a bonus. The characters are just fun, even if they are classic tropes, but with a little twist.

I really haven't enjoyed an RPG this much in a long time. It's refreshing to have a game where the goal is not to save the world. Just an average joe trying to make it in the world.


Btw, this comes on the heals of just finishing another great VN/RPG, a game called Loren of the Amazon. I found it by chance and grabbed it on a sale while back. I was hoping for a decent little VN, but i got a lot more. The combat is more like a card game with just clicks on your portraits, but still it is fairly compelling with strats of how to build a character, level them, and items ect.

But boy, 2 great games i found by chance this summer, makes me wonder how many more hidden gems i need to find.


If you have any other RPG's i should try that are not so well known, please post!
Reactions: OsaX Nymloth

It's been on my radar, been craving for some new chill rpg to play.

They had a little blurb about it in their "Steam games you probably missed". So many games being released, they relegate some of these titles to this weekly column. 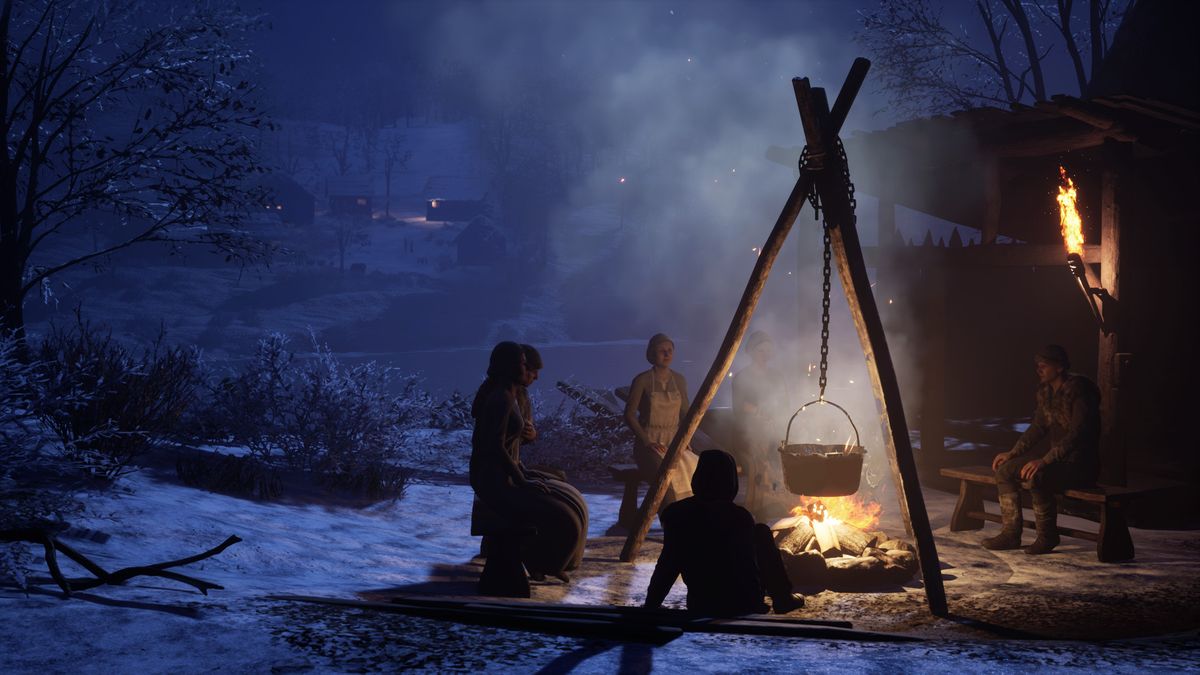 Sorting through every new game on Steam so you don't have to.

This caught my eye too! I read some of the Steam reviews re: the RNG nature - did you find that at all?
D

I've had my eye on this one, I'm just not sure how invested in a parody RPG I could get, and I read it's a bit linear. I might snag it on a sale or something.
J

drunkpunk said:
I've had my eye on this one, I'm just not sure how invested in a parody RPG I could get, and I read it's a bit linear. I might snag it on a sale or something.
Click to expand...

Well yes it is linear, but tons of games are, doesn't make them less fun IMO, Neverwinter nights 2 is linear for example and that is a pretty fantastic game. the game has a solid story, and really fun combat so if you like turn based games you might enjoy this one. I bought it over wasteland III and i loved WII, but it's easily as good of a game as them. I like it more than shadow run if that means anything. that one the story kinda bored me. Maybe i'll try hong kong though, i hear that one is better.

I wouldn't call the game a parody, It is just an RPG with humor that doesn't take it self to seriously. But sure grab it on sale at a later date, i don't think you would regret it. If you like to laugh it really is worth it.

Personally i find it extremely refreshing to play, i'm kinda tired of the whole save the world thing. The art is really nice, the way you upgrade characters how they tweak their look as you add things is done really well. the stories are just fun, and combat mechanics are very solid.

Sandwitch said:
This caught my eye too! I read some of the Steam reviews re: the RNG nature - did you find that at all?
Click to expand...

I won't spoil anything outside of saying there is a god of Fail, that is part of the lore, some people like to call it RNG hell, but its part of the games identity. To balance that out there are spells that can be used as the "fail" bar fills up, from double attacks, to healing, or healing the whole party, and one other i forget of the top of my head. Basically 4 spells that you can use to help you on your quest. So instead of being pissed every time you wiff it can actually help you like suing the spell that can let your barbarian attack twice in a round. (just a simple example)


DXCHASE said:
They had a little blurb about it in their "Steam games you probably missed". So many games being released, they relegate some of these titles to this weekly column.

Sorting through every new game on Steam so you don't have to.

ahh thanks, but after playing for 40 hours, this game really deserves a full review. They are also patching up a lotta stuff as well, the devs have been great with their post launch support, so nothing wrong with waiting a bit anyway to iron things out if your the type that doesn't like to deal with potential bugs.
J

Just wanted folks to know they released version 1.1 a few weeks back. I've played through about half the game and they fixed a ton of bugs that were in the game. *(by ton i mean there were some game breakers that are been nicely fixed, there were also broken item bugs that got cleaned up as well.) They also added a way to change the Random seed on reload, so that ends the complaint that the game is rigged. (people didn't know that the rolls were prerolled for the encounter) So they added the option to re-seed the encounter. They also added a better save system, like save at start of battle, 10 auto saves+ manual saves.


Basically the game is polished up nicely though a couple rare bugs still linger, but over all it's very clean at this point.

My second playthrough chap 5 now and only had one bug caused by killing the objective mark trigger by an attack of opportunity, so I'd call that chance to trigger fairly rare. I must say i am pretty impressed with how they polished up the game in about 2 months post launch work. They had stated that they are now working on more localizations which is great.

At any rate for those waiting for them to squash bugs, it seams like they have been fairly well crushed.

JCgames said:
If you have any other RPG's i should try that are not so well known, please post!
Click to expand...

I've mentioned it a lot of times but... 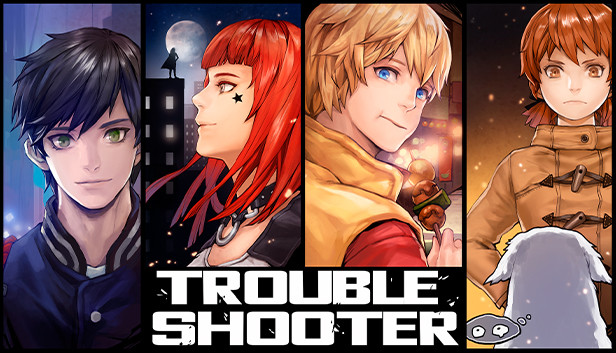 Save 33% on TROUBLESHOOTER: Abandoned Children on Steam

TROUBLESHOOTER: Abandoned Children is the first season of a turn-based strategy SRPG that takes place in the world of Troubleshooter.

store.steampowered.com
It's also got the XCOM'ish battle system but it's put on top of a JRPG (actually, Korean RPG) game. Worked out really well!

JCgames said:
At any rate for those waiting for them to squash bugs, it seams like they have been fairly well crushed.
Click to expand...

Now you're talking my language! Put it on the wish-list.
S

I'm digging the new updates--being able to randomise the RNG every load is a godsend. I wonder why they designed the system with a fixed RNG in the first place--would love to learn more about their game logic.

The only thing a little bit frustrating is the endless wandering to find the subquest elements at times. It's a first world problem, but when the game is mostly (at least so far) a series of tactics lightly glued together by fetch it quests, I wish they'd spell out the fetch it paths a little bit more.

But it's quite fun! And now that I'm done with Dragon Quest 11, whole other post worthy, am looking for something else to dive into.
J

The reason why they did not change the random seed at first was because they didn't want the strat to be save scum. aka well i got bad rolls and it didn't work that time, so reload and see if i have better luck. They wanted you to change tactics. use different powers, move to different places, defend, use overwatch ect.. Basically instead of reload and sending your barb to attack the guy and he wiffs, and then reload and he doesn't. They wanted you to go, ok sending the bard to attack X enemy, maybe i'll use a buff, or defend, or overwatch on a next try.

This was basically what they said on a forum post. check out some of the early posts.
Reactions: Sandwitch

Yeah, that's why XCOM did it that way, too.
Reactions: Sandwitch
S

That makes sense--although it does seem to introduce other perplexing issues if you don't know your battle order... it seems like you could save-scumm either way, just change the tactics of save-scumming. I think I read somewhere that there are interesting adjustments designers make to RNG so that humans think it makes more sense, like if it's 95% odds, then just round it to 100%, etc.
You must log in or register to reply here.
Share:
Facebook Twitter Reddit Tumblr WhatsApp Email Link