Yes. I'm one of those people who when their odometer rolls over to a flat number they smile. I love getting achievements. Not to the point of being a completionist, but when that little notification pops up in the corner of my screen I feel elated. Not because those achievements really mean anything, but because they make me feel like I've accomplished something.

Thanks @Frindis for the nudge to make this thread. Here's some fun articles PCG has already published on the topic: 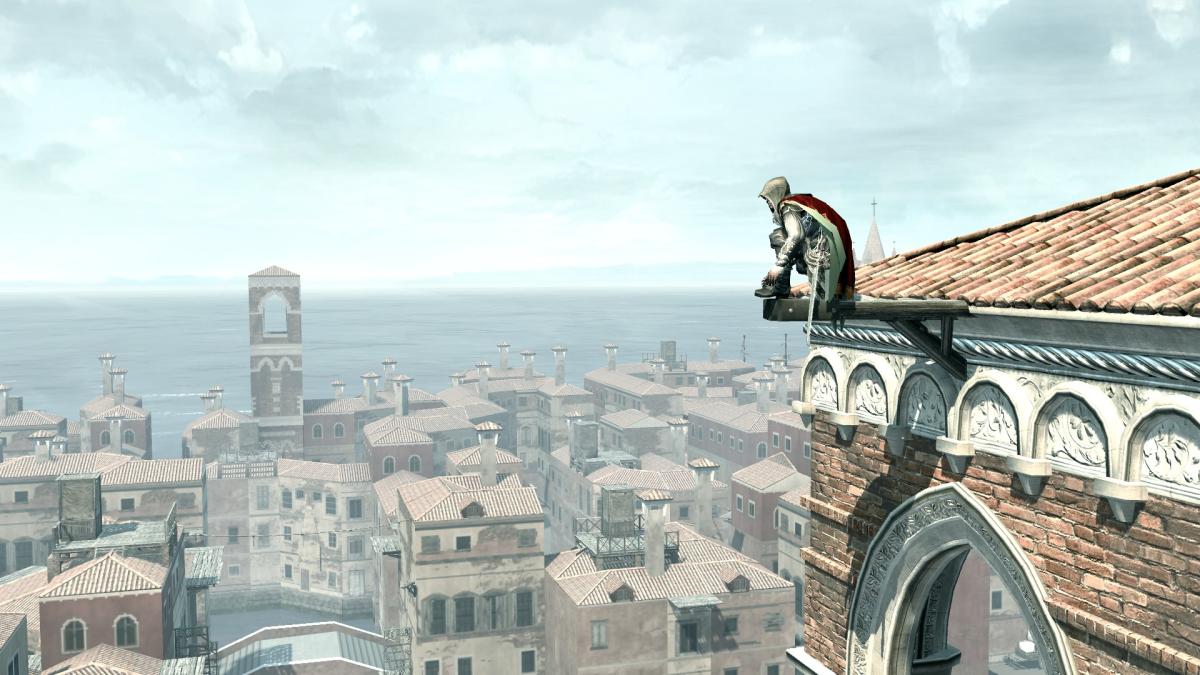 What achievement did you go to ridiculous lengths for?

Hooray, you did the thing! 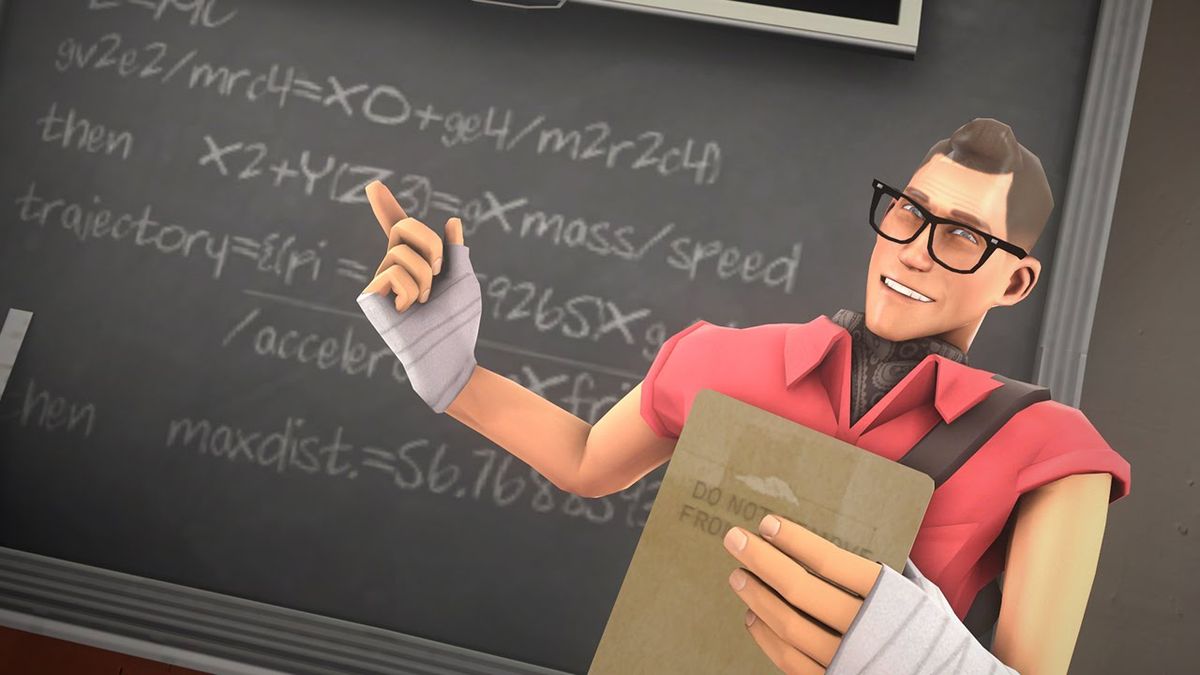 (Or achievement in a non-Steam game) 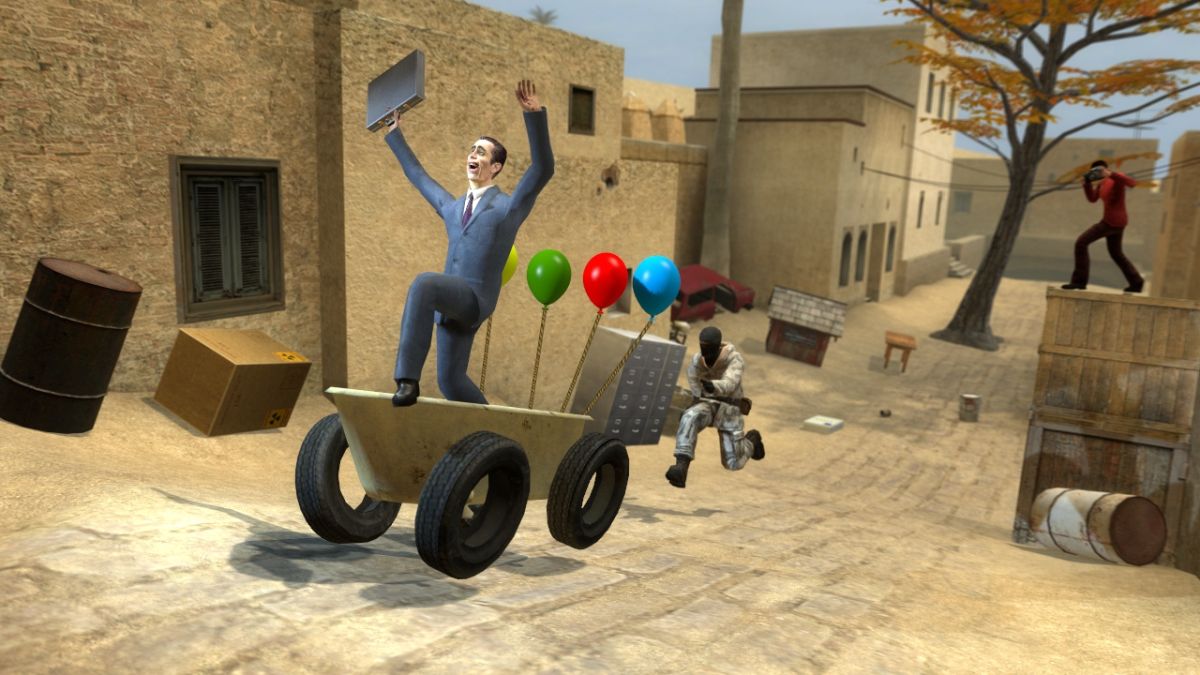 The most obscure Steam achievements

If you have one of these, you belong to an incredibly elite group: the 0.1%.

According to Steam, the rarest achievement I have is Pyramid Scheme for Civilization V: "Playing as France, get the Louvre to the maximum theming bonus of 16."

It's not particularly hard to get if you really want it, but apparently only 1% of players has completed it.
Reactions: McStabStab

I can't think of any I was really proud of, so here is a funny one I got while playing RUST: 'Save The Planet' - Recycle 5 empty cans at a recycler.

My rarest Steam achievement comes from Tales of Maj'Eyal: 'Emancipation' - Had the golem kill a boss while its master was already dead & Take you with me - Killed a boss while already dead.
Reactions: McStabStab and Pifanjr

The one I'm most proud of is getting the HUB mission done in X3: Terran Conflict with barely any AFK-SETA'ing (basically, situating yourself somewhere very safe and letting the game go at 10x speed while you go do something else for hours) or piracy. There's supposed to be an achievement for finishing the HUB but, because I used an early version of the bonus pack, my game was considered 'modded' so I got no credit. Oh well. I got a video (which I already posted in the "ridiculous lengths" topic). That's all I really need, right? <sniff whimper>

On my game profile I featured the following
Rarest two achievements are in BattleTech. One was Deadliest Catch, which really isn't that hard, and Professional Scavenger, which is more about patience than difficulty. Both are 0.40%.

P.S. If you want to see your "rarest" achievements on Steam and you've been there long enough to be able to edit your profile, just go in and tell it to show your rarest achievements on your profile. You can cancel the change after it shows you're most rare are.

P.P.S. Most rare meaning most rare among the people that have played the game. Might be interesting to multiply by the number of players and figure out what achievements I've got that are rarest among Steam accounts.
Reactions: Pifanjr and Frindis

I am definitely not an achievement hunter - I rarely go "100%" on anything, but there's a couple of achievements on Steam that I got that are apparently rare. Or even super rare.

Outside of Steam games, being again in Masters 1 in StarCraft II is definitely the "feelsgoodman" kind of achievement.
Reactions: Zloth, Pifanjr and Frindis

I could never possibly get that. Play BG1 and 2 without Minsc & Boo in the party!? No. No way.

Zloth said:
I could never possibly get that. Play BG1 and 2 without Minsc & Boo in the party!? No. No way.
Click to expand...

If you play these games sooo manyyy times you'll experiment from time to time to get a bit different experience and see everything they have to offer. What can I say, I played them A LOT.
Reactions: Zloth

My rarest achievement is in Super Mega Baseball, but that may be because it just came out. It's for having a perfect season and .8 percent of players have that. I've also got 3 Warframe achievements that are between .8 and 1 percent.

How hard did I work for these? I didn't. They just happened.
Reactions: Zloth
P

In a Single Battle in World of Warships -

Kraken Unleashed - Destroy 5 or more ships in a single battle.

Dreadnought - Receive damage exceeding 120% of your ship's normal HP from four or more enemies and survive the battle.

Unsinkable - Receive damage from flooding that exceeds 40% of your ship's normal HP and survive the battle.

High Caliber - Damage at least four enemy ships. Damage caused must exceed 30% of the total HP of all the ships on the enemy team.


That was one insane battle took roughly 50 minutes. The last 15 minutes was Me and another Battleship weaving between Islands and him shooting me from behind while had to repair and dodge. Eventually he messed up and got stuck in a sandbank on the side of the island. I was able to take a hard turn, line up the shot and fired a full broadside into him. Best battle I ever had.
Reactions: Zloth and Pifanjr

Kind of on/off topic, but I just got an achievement that was kind of funny. I decided to make a custom league for the first time and populate it with heroes and villains. The first team I made was the Saiyans. I'm a big DB fan, so the first character I made was Goku, and the first thing I did was raise all his stats to maximum. When I was done with the last stat, an achievement called "Fairness is Overrated" popped up. Four percent of people have that achievement.
Reactions: Pifanjr

Uhhh, is that part of any game in particular @ZedClampet ? (Though I'm glad to hear you're such a fan of data bases!)

Zloth said:
Uhhh, is that part of any game in particular @ZedClampet ? (Though I'm glad to hear you're such a fan of data bases!)
Click to expand...

Sorry, I was just sort of adding on to my previous comment. Super Mega Baseball 3 and Dragon Ball should fill in the blanks.

But I do actually love databases.
Reactions: McStabStab and Zloth

Alright, time for me to throw in my two cents. Lot of great posts on this thread so far - some of you are really dedicated to some of these titles doing the crazy permadeath stuff or getting all the achievements.

As I mentioned I'm not exactly a completionist with the exception of a few games. My proudest achievements are:

My rarest achievement is:
I have to imagine the only reason this is so rare is because it requires the Disasters DLC and on top of that if you use workshop mods that disable achievements (especially if you don't have the workshop mod that allows achievements while modding) you won't collect any. Cause all you really have to do is play long enough that the Chirpnado disaster event occurs.
Reactions: Pifanjr

I do wonder how many achievements that are really rare percentage wise are the kind of games that just sit in a lot of people's library unplayed or barely played.

There's always going to be plenty of people that play a game for, say, an hour and immediately give up. I wonder if they still count as "players" if they refund? (Though I'm sure plenty of folks don't bother to refund or can't because the game has been sitting in their backlog for months.)

And yeah, it's always kinda sad to see how few folks finish games. Not 100% finish but just "get to the ending" finish. A game is doing well, IMHO, if it breaks 25%. Many are under 10%.
Reactions: McStabStab and Pifanjr

I don't agree it's sad that many players don't get to the end. I have left a ton of games unfinished for a wide variety of reasons, but most of the time I still enjoyed playing the game.
Reactions: McStabStab