Sidebar Sidebar
Previous Next
A

The type of games I'm looking for are like the oldies Baldur's Gate, Neverwinter Nights, that type of wizards and monsters type of thing. I've been out of gaming because of kids for a while, but I have spare time now.

I recently played Dragon Age and it was good. The only thing I didn't like is how restricted the mage build was.

The type of character I love playing is typically a necromancer or an affliction warlock, something along those lines. Something dark, like me (dark taste with a good heart). Dragon Age wasn't even close to ideal for me, but like I said, it was good overall.

Also, I DO NOT like turn-based combat. I don't have any interest in playing a turn-based RPG

Looking for games within the last 5yrs max. Any before that I've most likely played already.

Only others I am going to try so far is Tyranny and Dark Alliance. I'd appreciate any other suggestions within that timeframe that are the same types of RPG games
Last edited: Jan 8, 2023
Reactions: mainer, Brian Boru and Sarafan

Have you played Solasta: Crown of the Magister?
Reactions: Lutfij and Sarafan
A

Pifanjr said:
Have you played Solasta: Crown of the Magister?
Click to expand...

Not yet. Thank you! I saw that one, but hadn't looked into it yet. Also just found Divinity 1 and 2, as well as Grim Dawn
Reactions: Pifanjr and Sarafan

Turn based is kind of the thing at the moment, so there are more options with that style of combat. Of course Divinity 2 is great, but if you cant stand turn based combat not so much. Real Time With Pause is on the way out it seems, unfortunately IMO.

The obvious ones not been mentioned to me are Pillars of Eternity 1 and 2. Personally I haven't played 2 but quite a lot of 1 and it was good with options for different character builds and the lore and story are rich.

Others here can speak more to Pathfinder Kingmaker and Wrath of the Righteous, but they are highly rated as well, lots of depth and character options, and have real time combat with the option to play turn based.

I loved Tyranny personally too, more than Pillars or Pathfinder, so definitely recommend it.
Reactions: mainer, Pifanjr, Lutfij and 2 others

I would've said the Dungeon Siege series(and one other title but they are more than 5 years old).
Reactions: mainer, Brian Boru, Pifanjr and 2 others 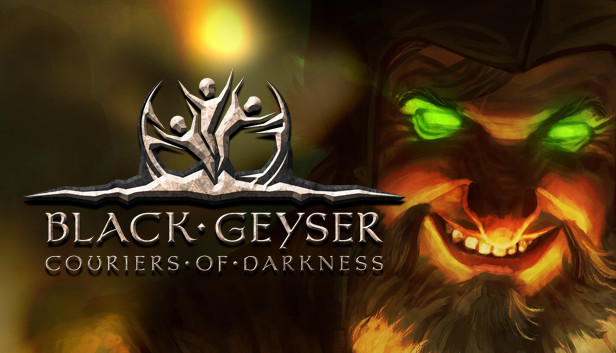 Black Geyser is an isometric, party-based fantasy RPG inspired by genre classics. Recruit characters with unique personalities and explore a land ravaged by civil war and a mysterious curse of greed. Your choices, good or evil, will decide the fate of the Kingdom of Isilmerald.

It's something similar in style to Pillars of Eternity, but with lower budget.
Reactions: mainer, Brian Boru, Pifanjr and 2 others

Solista is turn based, I'm pretty sure. (Or maybe you get to pick??)

ELEX and ELEX 2 are pretty good. Janky, to be sure, but pretty good. They are made by the same folks that gave us the Gothic games in the long-ago-time.

The Pathfinder games are real-time-with-pause with a turn-based option. Wrath of the Righteous even lets you become a Lich, though it isn't an easy thing to do.

What about the Yakuza series? Yakuza: Like a Dragon is turn based but the other games aren't. Yakuza 0 is really good, too. The combat feels more like a fighting game than a typical Action RPG.

Elden Ring is a big deal this year, but given that you have 5 years to catch up on, there's no need to get the latest game (at the highest price). You might want to look into the Dark Souls series, though, if you aren't familiar with them yet.

If you want to stick to isometric, you might also look into the Tower of Time game. It has a unique system of letting you slow and speed up the combat speed which works quite well. The game itself has some surprisingly 3D levels for an isometric game, too. It does get rather same'y by the end but, for the price you would pay for it these days, you'll still easily get your money's worth before you get bored. (Pathfinder: Wrath of the Righteous has a slow-down option, too, though I haven't tried it yet.)
Reactions: mainer, Kaamos_Llama, Sarafan and 2 others
A

Thanks so much for all the suggestions. I'm going to start checking all of them out tomorrow
Reactions: Zloth, Sarafan, Brian Boru and 1 other person

Zloth said:
Solista is turn based, I'm pretty sure. (Or maybe you get to pick??)
Click to expand...

You're right, I missed the part where the OP mentioned not wanting to play turn-based games.
Reactions: Zloth and Sarafan

Kaamos_Llama said:
Real Time With Pause is on the way out it seems, unfortunately IMO.
Click to expand...

Yeah, I think you're right, and that's really sad to me as when it comes to isometric RPGs I still prefer RTwP (I have an ancient post about that somewhere), though 2022 gave me a greater appreciation of TB isometric RPGs with Solasta and Wasteland 2 & 3 .


Ascendant said:
Also, I DO NOT like turn-based combat. I don't have any interest in playing a turn-based RPG

Looking for games within the last 5yrs max. Any before that I've most likely played already.
Click to expand...

@Kaamos_Llama already mentioned the Pillars of Eternity games, and to me they are the closest to the Baldur's Gates games that I've experienced. If you go that route, definitely play POE1 before POE2 so you can import your character into POE2. Also, the 2 expansions (DLC) for POE1, White March parts1 & 2 are huge and well worth playing.

(I'm probably going to stretch the limits of your 5 year boundary a bit)
Since you played Dragon Age Origins, have you tried Dragon Age Inquisition (2014)? It's an massive RPG (3rd person perspective and more of an open world structure that DAO. I find it hard to recommend DA2 (though I really enjoyed it) as the exploration & combat were subpar, but the characters and story were excellent; more of a prelude to DA:I.

Kingdoms of Amalur: Re-Reckoning on Steam

You've probably already played Diablo 2 in the past, but Diablo 2 Resurrected (2021) is worth a look if you like the real time action combat and the visual improvements are huge compared to the original. It also has a great necromancer build.
Diablo® II: Resurrected (blizzard.com)
Reactions: Brian Boru, Pifanjr and Kaamos_Llama
You must log in or register to reply here.
Share:
Facebook Twitter Reddit Tumblr WhatsApp Email Link