Why the Maze Hate??

@Kaamos_Llama's topic on original games reminded me of a really ancient one...
(You do NOT want to know what my parents paid for that game!)

After the initial years, though, games have REALLY hate mazes. If there's a choice in direction at all, the "wrong" way will only let you go for maybe 45 seconds before it becomes clear that it's wrong. I put 'wrong' in quotes because games will also often put some sort of treasure at the end, so I've learned to actually seek out the "wrong" way to get those goodies!

I can kinda understand why mazes in first person aren't so fun. When you can't see ahead, your choices are completely arbitrary or you follow some simple strategy like "always follow the right hand wall." With games that give you an overhead view, though, I would think mazes would work just fine. After all, they've been a form of entertainment for millennia! So why the hate??
Reactions: Daniel criss

I guess there's an argument that a lot of 2D 'Metroidvania' type games are very maze like. Hollow Knight for example is definitely confusing when exploring new areas until you find the mapmaker. Ori and the Blind Forest also. I'm sure there's many other examples I haven't played, Salt and Sanctuary maybe? Which is also on my ever expanding procrastolist.

I agree about 3d Mazes not being fun IMO at least in the ways I've played them so far. There's nothing more annoying for me then running around a level for several minutes not knowing where to go next because I missed a turning somewhere. I guess Doom and its clones from the 90's used to do that quite a bit before level designers grew out of it.

I can see someone coming up with a fun way of making a maze game though, I just cant imagine what it might look like.
Reactions: Daniel criss and Zloth

I searched for "maze" on Steam and there are a couple of dozen with high ratings, most very cheap. But I guess you tried that already?
Reactions: Daniel criss

Oh, no, I'm just wondering why most game designers are designing games in a way that avoids mazes if at all possible. We're happy to overcome all sorts of obstacles in games: a gap that we are just barely able to jump, an evil monster, some guards' sight cones... but mazes are rarely on the list. Is there something about them that just makes them un-fun in video games? Maybe something about games that doesn't mix well with them - like save systems?
Reactions: Daniel criss

I liked the maze in Two Worlds II. It was completely pitch black, so you only had the light of your torch, which wasn't much.
Reactions: Daniel criss, mainer and Zloth

Also there is something about Snowrunner's environments that feels maze-like.

I don't think it is something that transfers really well to our now larger-than-life-sized game worlds. Worlds that are big enough and intricate enough to be mazes in their own right.

On the other hand, dungeons like in Fallout and Skyrim, or even the crypts in Valheim, are great examples of how classic mazes do fit in to modern video games.

Some of my favorite mazes in games were the 2D / side-scrolling takes you found in the old Sierra and LucasArts point-and-click adventures. Like, for example, the maze so long in Secret of Monkey Island that you needed to insert the next floppy disc to continue...
Last edited: Apr 1, 2021
Reactions: Daniel criss and Pifanjr

I like mazes, usually. Sometimes it's a love/hate relationship, as I remember some being frustrating at times (there was a huge one in Ravenloft: Strahd's Possession that drove me nuts), but still have fond memories of them.

Just did a small one yesterday in replaying Baldur's Gate EE at the Ulcaster School:

That is a bit of a maze! And isometric games are the ones where I would think mazes would work out best.
Reactions: mainer

Some mazes, like the one from GK2: The Beast Within, should never have excited... 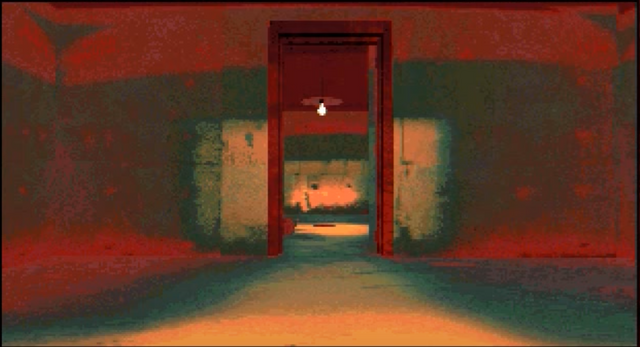 Saying that the game is still one of the best interactive adventure games ever made +- the horrible cassette tape quest and the cuckoo clock puzzle that drove some people to insanity.

@Kaamos_Llama The Salt and Sanctuary game was pretty hard to navigate in (like it was intended), while for example Bloodstained: Ritual of the Nights was much better, especially with the option to teleport between areas.
Last edited: Apr 3, 2021
Reactions: Kaamos_Llama and mainer

Zloth said:
That is a bit of a maze! And isometric games are the ones where I would think mazes would work out best.
Click to expand...

I agree, isometric games, especially RPGs or Adventure game mazes are fun to maneuver and survive. With older isometrics, like the BG & Icewindale games, we don't have the luxury of rotating the camera to get a better view. We can zoom in/zoom out, but that's it, and the "fog of war" (I think that's the correct term), blacks out your view of areas you haven't walked.

What makes some of these mazes (like the Firewine Bridge Dungeon below) is that there are scattered traps, so you need to send your thief ahead of everyone else. To complicate that, in the case of Firewine, there are roving bands of 4-6 Kabold Commandos with fire arrows that will whittle away at your party's health if you move too quickly.