What is the BEST PC Factory simulation game?

So i've been trying to find a good game to spend a couple of hours in that revolves around building a massive factory.
I've been looking trough steam, and my eyes have been set to between these two games: Satisfactory and Factorio

Any other suggestions?
Reactions: ZedClampet and Brian Boru

There's also Space Engineers and the game that can't be named (lest we attract any more bots to this site), both of which allow for a lot of automation as well, but might not be exactly what you're looking for.
Reactions: ZedClampet 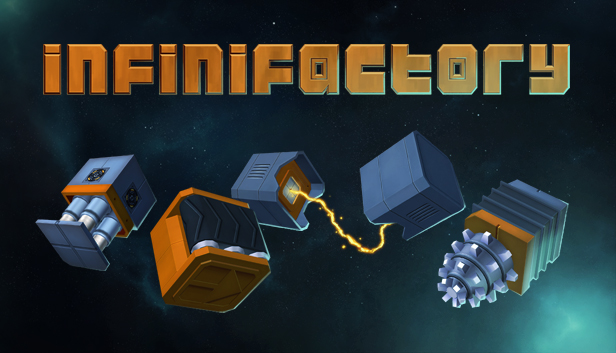 Infinifactory is a sandbox puzzle game by Zachtronics, the creators of SpaceChem and Infiniminer. Build factories that assemble products for your alien overlords, and try not to die in the process.

factorio is the best, it's a game about building and creating automated factories to produce items of increasing complexity, within an infinite 2D world. Use your imagination to design your factory, combine simple elements into ingenious structures, and finally protect it from the creatures who don't really like you.
H

Yes, I agree with a lot of these suggestions!!

Factorio is awesome, although personally I find the start of the game painful until you at least got basic transport belts, inserters, etc researched. And there's a ton of mods too, so once you mastered the base game after 200 hours or so, then you can try those as well!

Satisfactory is actually in early access, so you can buy and play already. It's also pretty stable and lots of features (like Factorio was before release) so not as bad as the early title suggests. Just think of it as 3d factorio with different tech tree.

I will also echo Pifanjr's nomination here for Dyson Sphere Program, if you like Factorio then you'll probably enjoy this too. Again early access but still plenty of building to be done, and they're updating at decent pace.

Another game I don't see mentioned as much is Shapez.io which I regard as a kind of "purist" version of Factorio. You can even play the start of the game in your web browser for free, but it will start to struggle when your layout gets to decent size there.

A partial suggestion for Dream Engines: Nomad Cities, although I think it has mixed reviews on Steam.
I say partial because it does have the factory/building kinda vibe with conveyors etc, but the space is restricted so it's not a "massive factory" game like you wanted. There's also kinda a combat component too. But if you like to mix fighting/building I think Rift Breaker would be better.
Reactions: ZedClampet, Pifanjr, Brian Boru and 1 other person
H

Just a quick note, since you mentioned BigPharma, you might want to try AutomaChef which is free on Epic store currently.
Reactions: ZedClampet, Brian Boru and Pifanjr

Mindustry is a tower defense game with basic production line building, you mostly place miners and conveyor belts to provide ammo for your defenses, but you also need to stockpile some resources for upgrading and building infrastructure or powering more complicated machines like energy shields. It's free on the Play Store too, and is just about the only game of its type available on Android.
Reactions: Pifanjr
F