Question Weekend Question: What weather adds the most to a game?

This week the question is: What weather adds the most to a game?

A recent Twitter thread about which game has the most realistic rain got me thinking about weather. Nuclear storms in Mad Max and Metro Exodus, wind blowing through trees in The Witcher 3, regular old Minecraft rain. Is there a kind of weather—or a specific game's weather—that you think particularly adds to the experience?
Reactions: Rensje and SWard

There's nothing quite like a good, dense blizzard to create that ominous, oppressive atmosphere. There's a fair number of games that do it well, but in my mind nothing comes close to the snowy wizardry that is Tom Clancy's The Division. The Survival DLC in particular is just amazing, with snow and fog so thick and soupy that it's hard to see more than a few feet ahead of you. It's integrated into the gameplay too; when you're dropped in, the first order of business is to find clothes that protect you from the freezing weather. If you can't manage it fast enough, your character will freeze to death. 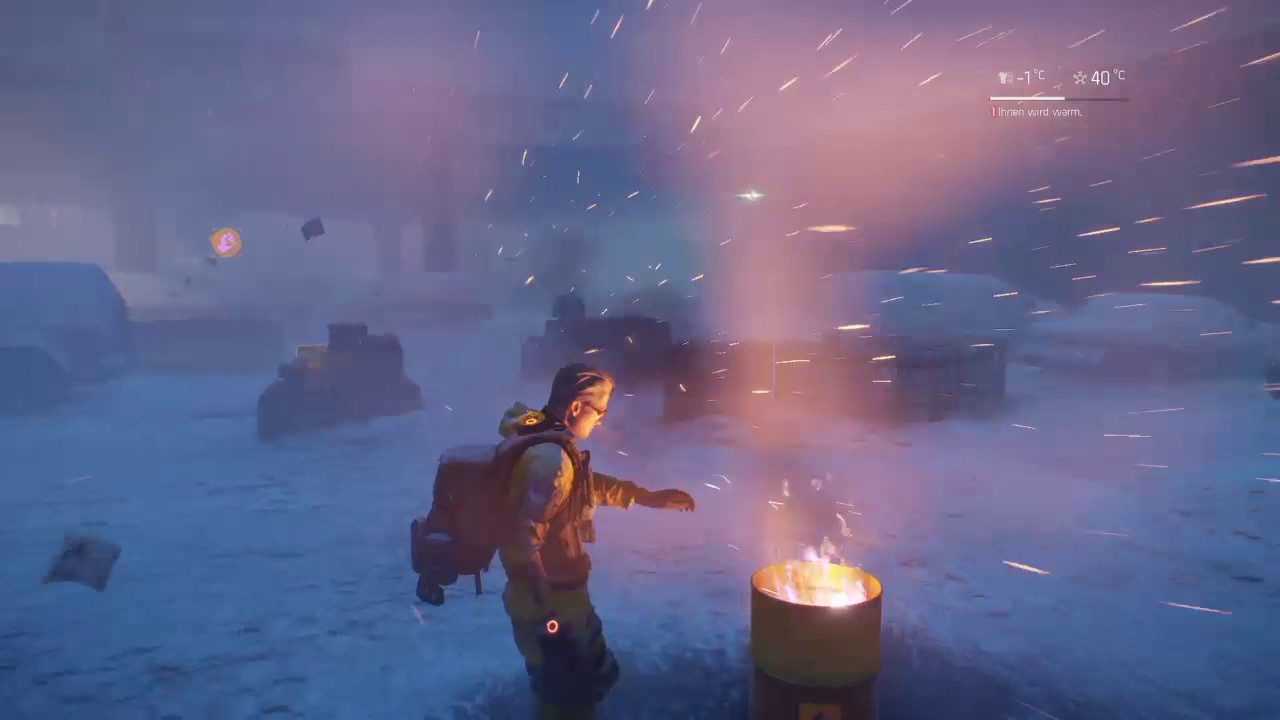 Once you do manage to find gear that will keep you alive, you really start to appreciate the minute details the developers managed to cram into the game's weather systems. The way that snow builds up realistically on your character and objects in the environment, how it manipulates light bouncing around the environment, how it affects visibility when scouting for targets at a distance.. even the satisfyingly crunchy sound of fresh snow under your boots, it's all there and it's made all the more convincing by the way your character seems to be permanently hunched over, trying in vain to shield him- or herself from the storm. I loved playing the Survival DLC far more than I ever did playing regular old Division and the setting has everything to do with that.

Snow is great in any game, though. I love the frozen hellscapes of Horizon: Zero Dawn, the opening to Red Dead Redemption 2 and the distant mountain peaks of Skyrim.

In general, I think bad weather is almost always to a game's benefit. Particularly now, because we live in a time where graphics engines have become so advanced and so well optimised that developers can really go all out with these effects and make it more convincing than ever before. Volumetric fog, thunderstorms, low-hanging clouds, rainbows, any dynamic weather effect I can possibly think of adds to the experience in some way and helps sell the fantasy.
Reactions: Sarafan, XoRn, Frindis and 2 others

The rain in Max Payne 2. The deep drawl of the Cello playing the theme while the rain pitter-patters in the background amplifies the film noir tone of the game. The comic strip style cut scenes show the characters dark, desperate, and soaked as Max searches for answers and continues his descent into violence and paranoia.

It really depends on the game. Different games benefit in different ways from weather effects. Tarkov is a good example, with how rain dramatically alters your ability to hear movement because audio is such an important function of the game. Fog, too, as it dramatically alters the distance you can see or shoot. It's a pretty basic example, but given the necessity of audio and line of sight, it really makes a big impact.

Rimworld is another good example. Weather is more of a persistent threat than a feature in that game. A heat wave at the wrong time can decimate your colony and undo any work you've put into filling your food reserves, or rain could set that wet debuff and be the last straw that sends a colonist over the edge. Project Zomboid is another one where it can be a persistent threat in similar fashions.

Sea of Thieves it's a bit more fun, although it tends to add more chaos to the experience than anything. It's been a while since I played it, but I remember my first time rolling through a storm and nearly colliding with a galleon I had not seen until it was almost on top of me. In a game that is so focused on the experience and creating stories, as limited as their weather system is it adds quite a lot.

The Division was already covered pretty well by Rensje, the way they managed to do the snow and blizzards was incredibly atmospheric. It's such a beautiful game.
Reactions: Sarafan, Frindis, Rensje and 2 others

The only game that comes to mind where weather is a big part of the game is Don't Starve. My friends and I still haven't gotten through a normal length winter successfully.
Reactions: Sarafan

Mostly the only thing I like about weather in a game is that it can clear up and I'll appreciate the sunshine more, but there are exceptions. The tornado in No One Lives Forever was awesome!

There is something quaint and tranquilizing about a rainy day in Stardew Valley. If you pay no attention to the weather reports on your television like me the first indication of a stormy day comes the moment you wake and hear the pattering on your tin roof. The first few times I encountered the rain I found it dreary and restrictive like a kid on spring break might, but... I quickly realized that rain was great! It waters all your plants, and when you're just starting out watering plants account for a good chunk of the work for the day. With that out of the way right away I was free to explore the town, or go fishing (because who doesn't want to hold a lighting rod on a flat dock in the middle of a thunder storm), or delve into the mine for the first time and spend the day gathering ore in order to build sprinklers... so I could not spend ll of my next day watering plants.

Sure, once in a while a random lighting strike might blow up an expensive watermelon tile, but that's the price you pay for a little adventuring freedom.
Reactions: Rensje, Sarafan, drunkpunk and 2 others

The combination of whipping rain, lightning, and deep rumbles of thunder is a good setting for an adventure, whether it is into the nearest shelter; lighting a small campfire, or trying to maneuver a plane through the roughest of turbulence.
Reactions: Rensje and Sarafan

I like rain in general, so this is the type of weather which adds most to the game in my opinion. The first title that comes to my mind, when we're talking about rain, is Blade Runner. Almost nothing can beat the atmosphere of this game and weather is an important factor there. It doesn't directly influence the gameplay, but has an immense role when it comes to making a quality experience. Without it half of the game's climate would disappear.
Last edited: Aug 1, 2020
Reactions: Rensje

Depending on how it's done, snow can be quite an immersive experience. The Last of Us 2 had some fantastic effects.

I love a good foggy night. Maybe it's because a lot of the early games that really impacted my experience had fog as a way to handle resource limits and cull draw distance, such as Vampire the Masquerade: Bloodlines (if I remember correctly; it may have just been aesthetic by that point), but it certainly is a weather pattern I enjoy in real life. When I lived near the ocean I used to go for walks at night under the streetlights with the fog rolling in along the coast, and seeing the light refract in the fog was spectacular.
Reactions: Frindis