Cyberpunk 2077 gets a metro thanks to modders (PC Gamer article) 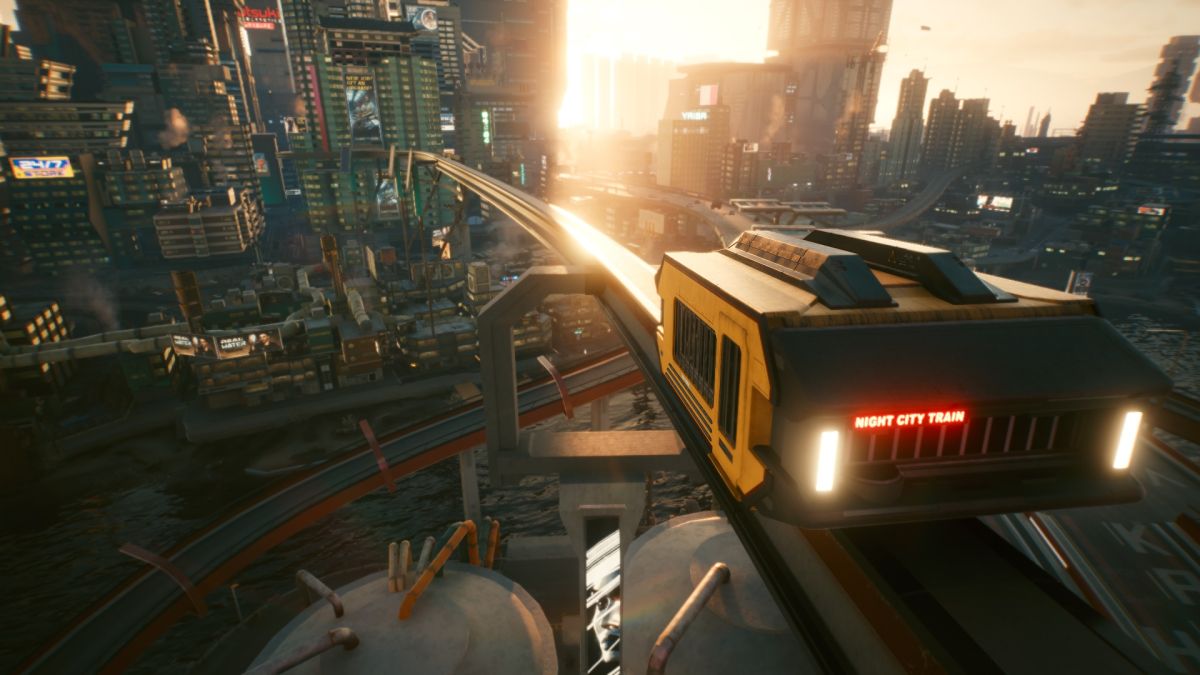 Cyberpunk 2077 gets a metro thanks to modders

A quintessential bit of city living.

You know, I hate to pile on to the CDPR hate wagon, but I'm a little irritated after looking through the first page of C2077 mods on Nexus. Actually, I'm more than a little irritated. How many times have we heard things like "game development is hard. If you fix one thing, it breaks another...." in relation to this game and how we have to give CDPR time.

Here's the truth. We've had maybe 4 updates in a year from CDPR with some bug fixes. Not a ton of them, mind you. Icarus had more bug fixes in the first week than CDPR did in a year. But what about all the stuff people have complained about in the game, like the lack of a working metro system, the inability to change your looks, the poor driving, the poor NPC AI? Well, all of that's been fixed now, but not by CDPR but by 4 modders. Four! Not some giant team, just 4 random modders. Thanks to them you can now do all that stuff. There are even a couple of bug squashing mods. What has CDPR been doing for the last year?

But back to this mod, it looks pretty awesome. It has a bunch of stations you can walk through, and as you ride the train, you can switch to 3rd person if you want to better enjoy the scenery.
Reactions: Pifanjr and Brian Boru

I dont know, ive beaten the game and almost 100% the side stuff, all these mods are great but i find no other reason to go back to it unless im trying to stress test my gpu or something. Just a very 1 playthrough and done type game for me and i love the cyberpunk aesthetic and all too.
Reactions: Brian Boru and Pifanjr

You can always hope that in a few years time its as updated as No Mans Sky is now, compared to how it launched. People are more forgiving if you actually add all the things you said would be in game, and more, for free.

Even if you finished, it might be worth looking at it how it was promised. Imagine if the choices at start actually meant something. They advertised it as an RPG until a few years into dev they removed all reference to rpg.

I just wish games were finished on release now days, and not released broken and fixed after fact, if at all.
I wish people wouldn't believe hype and just waited for reviews before buying anything,
Pre orders aren't worth it, access to betas where they ignore all suggestions aren't betas, they are trial versions.
Stop giving AAA companies benefit of doubt, how many release now with out bugs? Graphics to me aren't enough to make me overlook bad games.

Next will be putting NFT into all games whether you want it or not. You have money they haven't got yet... give it to them... NFT is a trap. Its not something anyone wants but tough luck, someone wants to make money and you can't stand in the way.
Reactions: ZedClampet and Brian Boru

I think this year will be pretty big for 2077, but they need to release details on the first expansion they're currently working on. All the small DLC will make its way out eventually.
You must log in or register to reply here.
Share:
Facebook Twitter Reddit Tumblr WhatsApp Email Link