I'm tentatively excited for this game, as it seems like a deep "choices matter" CRPG, and the creative director, Colin McComb, has previously worked on several other great CRPGs (listed in the article). With the morality system they're creating, it seems like there's an opportunity to play any type of character you want, resulting in different outcomes.

As far as being the next Disco Elysium, I don't know, as I've never played that game. I've wish-listed it and let several sales pass without buying it. Mainly because, as much as I love an RPG with lots of conversations, choices that matter, morality decisions, and character development; I like that balanced with a good combat system. A bit of action to go with all that thinking (if that makes sense). I just felt that Disco Elysium didn't have that balance. I'm not being critical of that game by any means, it's just a personal preference of mine.

That's why I'm still a bit tentative about Broken Roads; is there a balance between the conversation/choices/morality and the turn-based combat system? The article's author, Phil Savage, didn't have much play time, especially with combat, but the game left him with a positive impression.

It won't be out until 2023, and it's set in a post-apocalyptic Australia (down in @Colif territory), so it seems like it will be a different experience than the Wasteland or Fallout games. Anyone else interested? 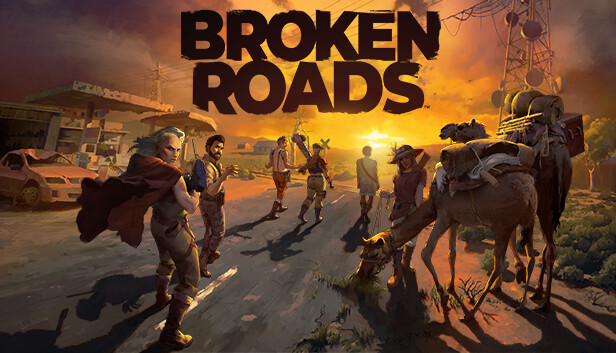 Saw the same article the other day, definitely one I'll be watching. I liked Disco Elysium a lot, not much to say about it that hasn't been said. DE is more of an adventure game with RPG elements rather than a CRPG, theres nothing else exactly like it. So if Broken Roads is using some of those ideas I'm very happy to give it a try.

I'd guess a post apocalyptic setting would more likely include a lot of combat than Discos magical realistic detective story world, and they do straight up mention it in the blurb there.

How much combat would be too little for you? Very interesting they say there's a possibility of doing a full pacifist playthrough , wonder if theres a 'total chaos' option as well. That would probably be very hard to balance though.
Reactions: mainer

Kaamos_Llama said:
How much combat would be too little for you?
Click to expand...

That's a difficult question to answer, and I can't really break it down into percentages. All I can say is that the RPGs that I've loved the most over the years have had both dialogue/choices as well as action/combat. That "balance" sometimes leans more towards one element that the other, but it can also depend upon how you/I play the game. I'm intrigued by Disco Elysium, and I might really like it if I tried it, but it's completely different from what I normally play. It could be that I just need to branch out a bit more in the types of games I play. My gaming hours are precious to me, so there's always that hesitation to try something new.


Kaamos_Llama said:
Very interesting they say there's a possibility of doing a full pacifist playthrough, wonder if theres a 'total chaos' option as well. That would probably be very hard to balance though.
Click to expand...

That would be extremely difficult to balance a game to have both types (pacifist/chaos) of paths through the game. I think with the morality system they're working on that they must be trying for something like that. Even in a game with combat mechanics, I'm always trying to find the "non-lethal" solution, either through conversation or stealth, as I find those situations more satisfying than just a "kill everything" solution. But it's that threat of a violent outcome hanging over my head, where I can't make any mistakes, that makes those outcomes rewarding for me.

It's been eons since I've played Planescape Torment, but that was one of the few games that I've played that I was able to "win" the final battle solely through conversation, as well as saving all my companions. One of my favorite endings.
Reactions: Kaamos_Llama, Pifanjr, Zloth and 1 other person
You must log in or register to reply here.
Share:
Facebook Twitter Reddit Tumblr WhatsApp Email Link