whats the most expensive game you have ever seen

Did you buy it regardless of price.

The reason i ask this is because i just seen need for speed unbound on epic at £69.99


I have also seen some early access games on steam for £50 or £65 for the deluxe version , my own personal opinion on this example is ..... if you are prepared to buy any game that is early access complete with all the bugs and glitches they might contain i think you should get them cheaper.
Reactions: Brian Boru

That isn't bad, about average for here... 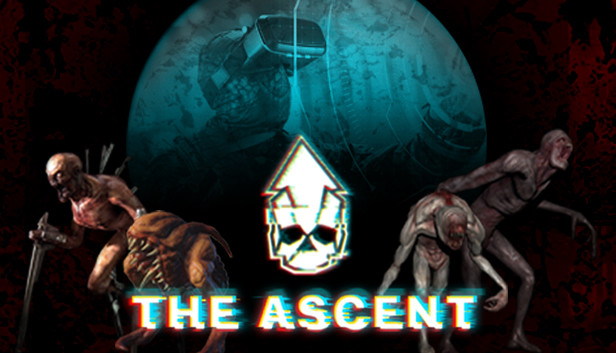 A premium highly-immersive VR experience developed for haptic feedback via motion floors, body suits and climate control. Go it alone or play with up to four friends in LAN co-op to destroy the infestation at the FuriCorp Research facility.

A lot of sealed Gamecube games on ebay are put up for thousands. I bought Call of Duty for £60 last week and that is the most I've spent in a long while digitally. I remember Street Fighter 2 on the Megadrive going for £100 in the 90s and being too young to afford it.

Final Fantasy 7 remake is £70 but is reduced to £50 now and again I think because £70 is unpalatable to a lot of PC players. I think £60 for PC games is going to be the new norm for big publishers soon.
Reactions: Pifanjr and Brian Boru

i repect anyone who is involved in the production of a game and the time it takes to make them , that said they are not selling them to a high street shop they are going all over the world so i think they could drop prices a big and then we would not have to wait for sales season

good luck with that. Whatever you do, don't mention inflation to them as they bound to want to increase prices more
Reactions: Pifanjr
J

The likes of flight simulator and DOA fighting games with that $1000 worth of DLC is crazy. Unsurprisingly as someone who is extremely tight fisted, i stay well away from it. Not a big simulator/beat em up means even less reason to play it.

But what was the most expensive game someone in my family purchased? Wing commander 4 the price of freedom. back in the day it was £54.99. I think it was marketed in a similar market as the flight simulator game .

Personally the most expensive game i actually bought? i'm really struggling to think of anything. Sure i bought games upon release. Or rather, i WON them. back in the old days i was part of a forum called gameaday and if you were picked that day, you got a free game. Won it enough times to get collector edition games for pc.
Reactions: Pifanjr and Brian Boru

This is not the most expensive game but a bit about the dumbest purchase i ever heard of.

A woman i worked with told me her son bought a well known football sim for his pc , a few days later she saw him playing it on his console ???? ..... his reply was i got them both because i wanted to see how different they were.

She told me she let rip at him on the lines of ... me and your dad work damn hard for your spending money , if you gonna do stupid things like that get yourself a part time job after school hours or weekend ..... no more spending money for you..... and she did not give in to him.
Reactions: Pifanjr and Brian Boru

Alm said:
Final Fantasy 7 remake is £70 but is reduced to £50 now and again I think because £70 is unpalatable to a lot of PC players. I think £60 for PC games is going to be the new norm for big publishers soon.
Click to expand...

It's on sale pretty often, too. I've been wondering if they even expect many people to buy it for full price, or if they just want to charge $50 while also trying to get people to think they are getting a special deal. (Like comparing the cost of a magazine subscription to the cost of buying individual issues on newsstands - which don't even exist anymore as near as I can tell.)

Johnway said:
The likes of flight simulator and DOA fighting games with that $1000 worth of DLC is crazy.
Click to expand...

Not really, at least in the case of DOA5. What people seem to not get is that there's no reason to get all the DLC. That would be like walking into a department store, totaling up the price for everything you could buy, and walking out angry because nobody could afford to buy all those clothes. And that's exactly what almost all that DLC is: clothing. If you don't want to pay much, then simply don't blow all your money on expensive clothes. (Especially given all the high quality modded outfits available.)
Reactions: Pifanjr, Brian Boru and Alm
H

Star Citizen.
And I have never bought anything of theirs, since I feel they have enough money already from everyone else.
At this point almost seems like a scam...
Reactions: McStabStab, Pifanjr and Alm

I regularly see over $100 on Steam—no idea what for offhand, but it's usually the sooper-dooper collector's pre-order special for some game or other.

Most expensive I've bought is around $50 back in the 00s.
Reactions: Pifanjr and Alm

It's definitely Fifa.
Pay €99.99 every year for a game that has minimal changes. Plus it has a very expensive donation.
And the packages are a casino and in the casino only the owner always wins.
Reactions: Pifanjr

I was looking at it from a 1 item point of view,

If we talking about DLC, it just gets dumb - https://gamerant.com/most-expensive-dlc-content/
When Train simulator with 10k worth of DLC is only 5th on list, its become stupid.
if people are stupid enough to keep spending with the chance of getting something, we need to call it gambling and ban it like we should have years ago.
Reactions: Pifanjr and Brian Boru

Colif said:
call it gambling and ban it like we should have years ago
Click to expand...

I'm pretty sure that already happened a few years ago with loot boxes. Maybe only in Europe, I don't recall.

The single largest purchase I've made on Steam was for the pre-order of Borderlands 2, which was €49.99.

The single largest purchase I've made in general was probably the collector's edition of Mass Effect 3, but I'm not sure how much it was. Probably around €70.
Reactions: Brian Boru

Hitobat said:
Star Citizen.
And I have never bought anything of theirs, since I feel they have enough money already from everyone else.
At this point almost seems like a scam...
Click to expand...

cost of development isn't really costed into any of the other game prices. You are talking about how it was funded, not the actual final game price.
It might never be released, in which case its just another money pit. Plenty of NFT games out there playing catchup with it.

I don't know how much the most expensive game is I have bought. It might have been a PS4 game.
The most expensive long term I played was either WOW or Age of Conan, as they were subscription based. I didn't buy many extras in both. I stopped playing both over 10 years ago, got out before they monetised everything.
I don't buy many games (none this year so far) so price isn't something I worry about too much.

The Diablo game that shall remain nameless is starting to approach most expensive game to play, too.
Last edited: Nov 7, 2022
Reactions: Brian Boru and Pifanjr

What about online games? $12/month isn't bad, but if somebody has been sticking with one of the early MMOs that came out around Y2K.... yow!
Reactions: WoodenSaucer and Pifanjr

GamzEz said:
The most expensive game in the first world is super mario bros first generation
Click to expand...

I got curious, and I actually looked up the launch price of the original Super Mario Bros and adjusted for inflation, and it's kind of interesting. At launch, the SMB cartridge's suggested retail price was $25. Adjusted for today's inflation, that is equal to $68.96. So it's slightly higher than a normal $60 game.

I just have a hard time believing that $25 when I was in 7th grade is worth $68.96 today. That's crazy stuff.
Reactions: Pifanjr and Brian Boru

There are a lot of shady dealings around the selling of carts and their actual values has been inflated by both auction house and ratings houses to make the games appear more desirable than they really are. No way that cart worth 2 million. 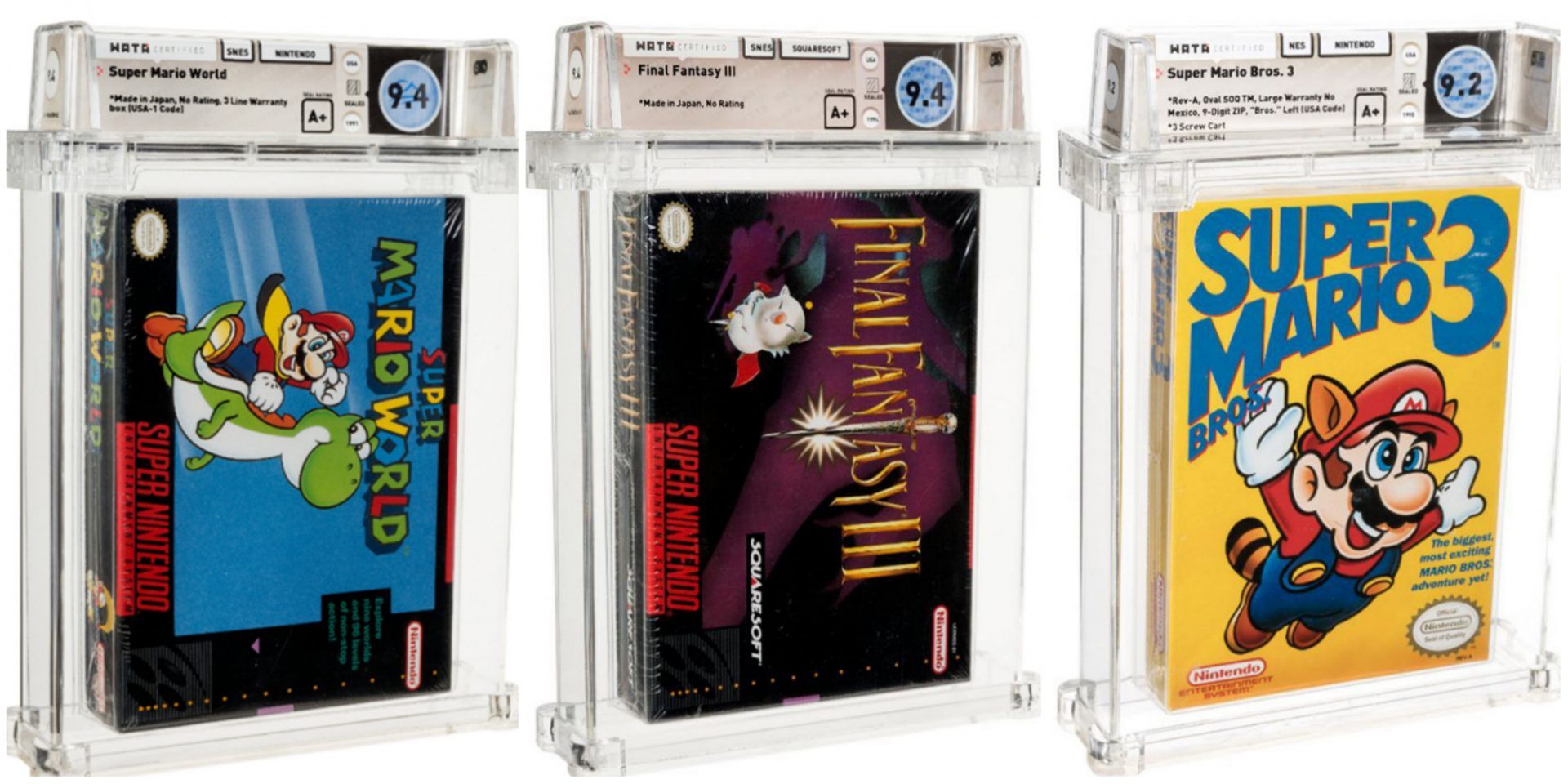 Vintage Nintendo games in good condition can sell for unfathomable prices. Here are the ones that have brought in the most money.

So auction values are almost as bad as some of the things sold for NFT now.
Reactions: Pifanjr, WoodenSaucer and Brian Boru

Colif said:
There are a lot of shady dealings around the selling of carts and their actual values has been inflated by both auction house and ratings houses to make the games appear more desirable than they really are. No way that cart worth 2 million.
Click to expand...

That's crazy stuff there. Some of them are a little like finding a coin that was double stamped. It's all about how rare they are. Like one of them, they put "Bros" on a different part of the box than what was normal, and there weren't many made like that.
Reactions: Brian Boru and Pifanjr

Some things are worth a lot though... if they one offs
technically its almost an NFT
Reactions: WoodenSaucer and Pifanjr

It's every Paradox published game with all the DLC.

Lord almighty. I do have all of the Cities: Skylies DLC though ngl.
Reactions: Pifanjr and Zloth

McStabStab said:
every Paradox published game with all the DLC
Click to expand...

I remember we had a thread like this ~a year ago, and I'm fairly sure The Sims + all DLC came in around $1,000

What's your most expensive DLC/Txn?

Just watched a Gameranx video—teaser below in spoiler—which lowered the location of my jaw by a few meters, since I don't keep up with the goings-on in the wallet-stripping part of our industry. I knew it was pretty grotty, $5 here, $10 there for very little return. But heck, that seems...

Im actually surprised - the PC game shops in Australia have not closed down -as most Players here in Australia - download Pirated games !!!! I know its sad - but that is the facts !!!
Reactions: Pifanjr