This week's question is: What's your favorite multiplayer map?

The map whose layout takes up valuable memory space in your brain that you could be using to remember, say, the layout of your own actual neighbourhood. Maps like de_dust2, Blood Gulch, Wake Island, Badwater, Nuketown, Facing Worlds, or that one level in Overcooked 2 where you have to run back and forth across a busy street. Whether symmetrical or asymmetrical, which map's the best?

The first thing that popped into my head was The Black Gate from Lord of the Rings: Return of the King.

My friend and I must have played that level over a hundred times. We were eventually able to finish it with only perfect kills.

EDIT: Another one that comes to mind is Killhouse from Rainbow Six: Vegas 2
Last edited: Aug 5, 2021

Founder's Field in Super Mega Baseball 3. It's the hardest field to hit homeruns on. In fact, with properly aimed pitches it's practically impossible, and you have to try to hit singles/doubles instead. It makes it a completely different game.
Reactions: Pifanjr

The original Unreal Tournament had some very memorable maps apart from the obvious Facing Worlds, I loved the ones which mixed low and normal gravities in particular as they benefited my all-time favourite hitscan weapon, the ASMD.

Morpheus was three loosely connected skyscrapers with internal and external spaces, and Hyperblast was a large spaceship with a trippy hyperspace skybox and a broadly circular layout. There's a reason so many UT99 maps were remade over and over for successive entries in the series, they were so well tuned for the player movement and the weapon selection of the games.
Reactions: Pifanjr

City of Heroes' Shadow Shard. It was a series of four giant zones, full of floating islands of rock covered in grass, trees, and red pools & streams. Characters with flight could simply fly from place to place. Teleporters could do the same, but the distances were large enough that they might need to rest along the way. The islands were mostly too far apart for super jumpers and speedsters were stranded. So, the developers put in little launchers. Walk your character up a little slot in the rock into some blue smoke and you were launched to another island. That turned each zone into a giant maze! Once you learned your way around the maze, though, a character using the launchers could get to his/her destination very quickly. 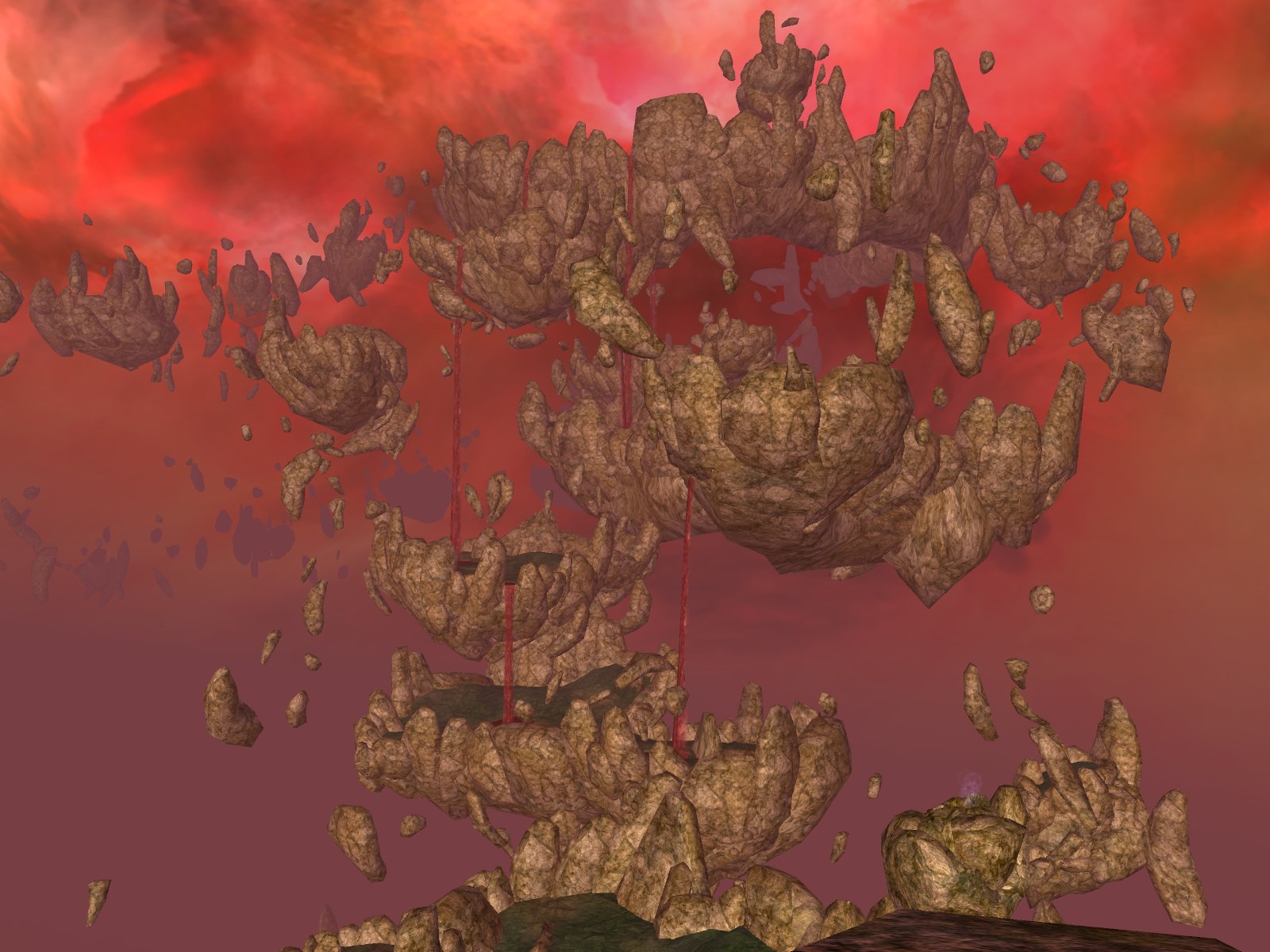 Many people really hated the Shadow Shards. They just wanted to get to their missions, not navigate some weird maze. But I completely fell in love with the place! I (eventually) found my way through the mazes and memorized them. The atmosphere was bizarre and beautiful, the music was good, and the lore was really interesting. The fact that you could bounce around for hours without seeing anyone just added to the atmosphere.

The developers bowed to pressure and eventually added some teleporters so players didn't have to go through every zone to get to the final one, then added jet packs so all characters could fly if they didn't want to mess with the maze. Sad, but the zones were nearly unused as they were. The launchers remained, though, and I would sometimes go and "do the tour" just to take it in.

(Added OLD videos of the tour to the media section. I'm afraid the sound is often a full second behind the visuals.)
Reactions: Pifanjr

I didnt see this question until it was published on the pcg site, weird... but for me, its gotta be Dust/Dust 2!

I just liked that map - it was solid macro map, but allowed for creative play here and there.
I remember using the "hills" near possible 3rd in Protoss vs Zerg to deny a base to my Zerg opponent by making kind of delayed cannon rush/contain. It was dirty and I loved it.

It's also the map where I defeated top 3 (at the time) Brazilian player in a game so chaotic I just remember feeling of burning on my fingers and keyboard and random panic "move attacks" across whole map. And disbelief when I received the final "gg". For that time I was just lowly diamond and that was probably most hectic and intense game I played up to that point.

It was also good game for pro matches, lots of good memories there.
Reactions: Pifanjr