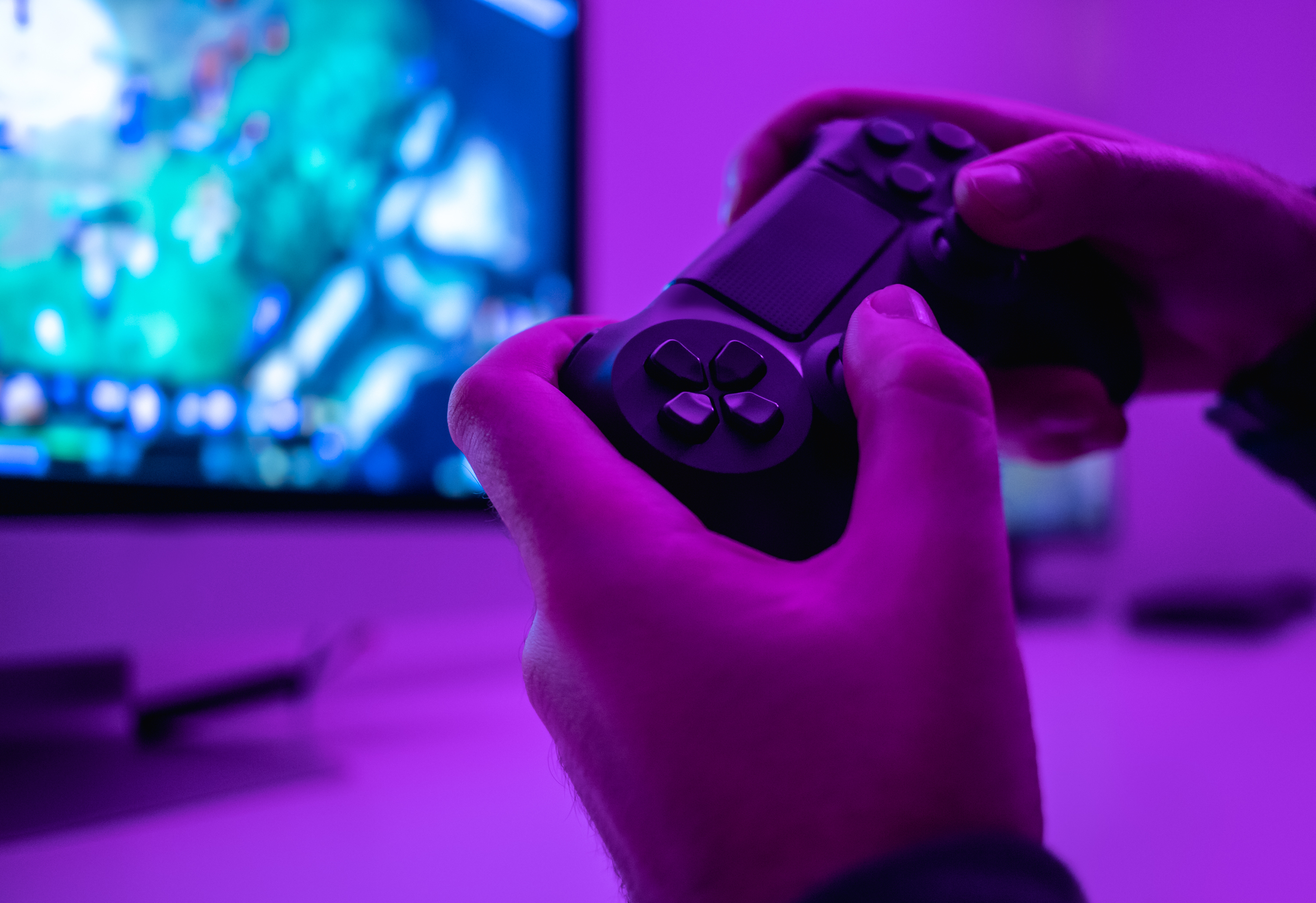 There's mounting evidence that the streaming giant may go all-in on gaming.

Ho hum, do you think this may be inspired by Microsoft's Game Pass?
Reactions: Santri heck, Obito1285, rolland and 61 others

Well, there is a difference here - rights. If you want to make a game based on one of their shows, I'm sure it will have to be on their service. If their service doesn't cover your platform... uhoh.
Reactions: Santri heck, Obito1285, Sunar vanz and 31 others

Zloth said:
If their service doesn't cover your platform
Click to expand...

The article doesn't point towards it, but my guess is they're looking at streaming games for you to play as long as you want—but like movies & TV, you never own the games, your monthly sub just gets you access. This access to specific games could disappear anytime, just like movies & shows are disappearing from them currently.

They'll probably aim for the no-physical no-download market, which is sure to grow hugely this decade—what's not to like about firing up your Netflix browser and immediately continuing your play from your last save on their servers? Assuming you already have a TV and streaming-capable internet, your only expenses should be the monthly sub and a Netflix console.
Reactions: Santri heck, Obito1285, ZedClampet and 23 others

Maybe I am old, but I don't like games being online only. What happens when servers stop working? you can't play anymore. Its probably too late for that now with Steam but I still would prefer to have the game and be able to play it as long as I have the hardware to do it. I have a few games i can't play anymore as servers were shut off. I didn't know I was renting the game when I bought it.

Not all the world has fast enough internet to support this, and if you live in Australia and servers in USA, you always going to have a worse time than people closer.
Reactions: Santri heck, multazamil, mugni and 24 others

This evolution requires cloud to become a utility, like the electricity. It also requires clearer regulation for the situation you mention—in this Brave New World servers should be so cheap to run that they need never be switched off in the sense that content disappears. Content would be distributed across many servers, such that a hardware failure doesn't impact content delivery.

Colif said:
I still would prefer to have the game and be able to play it as long as I have the hardware
Click to expand...

Isn't that currently possible with Steam offline mode? I remember using that a couple of years ago to avoid annoying interruptions. In the 'no-physical no-download' scenario I mentioned in post #4, you won't have to contend with local hardware failure.

Colif said:
if you live in Australia and servers in USA, you always going to have a worse time than people closer
Click to expand...

That should be solved in a decade. It's already nearly ubiquitous for movies, TV etc from large providers to be served from a server close to you via CDNs like Akamai, IBM etc.

Colif said:
Not all the world has fast enough internet to support this
Click to expand...

That will probably be true for a long time—too many parts of the world still don't have reliable electricity or water, never mind cloud service. Certainly won't be solved this decade—we can hope for this century.

We are of course in a period of transition, and that always means skinned knees and elbows for those in the middle of it all, ie us.
Reactions: Santri heck, multazamil, mugni and 15 others
I

This is super interesting...
Reactions: Santri heck, Obito1285, multazamil and 22 others

If it's all online, with your PC as just a dumb terminal to display the graphics and pass the input back to the server, there's a boatload of plusses and minusus.

+ It's VERY cheap for the user. No more $2000 PCs.
- No more mods, either. Well maybe a few officially sanctioned mods but anything involving another IP isn't going to happen. Forget the naughty ones, too.
+ Driver updates no longer matter. Windows updates won't mangle your game. They are Somebody Else's Problem.
- You also can't fix them the way you want. If the provider decides your game isn't worthy of extra CPU power, you aren't getting it. Period.
+ Developers know exactly what hardware they are programming for - they might even be able to dictate it! No more crazy bugs that only happen with card X using one specific driver.
? Your games are under server control. Maybe. Or maybe companies will have to allow users to download saves so they can upload them to other clouds?
+ Piracy is gone. Just flat out gone. You can't steal a game that you can't access. Even if you could, it's designed to run on a server farm now, not an individual PC.
- People will be even more interested in stealing your passwords.

And on and on. I think I posted a more complete list about a year ago in some old topic.

P.S. Yes, you can play games just fine even when Steam can't get online. You can't download new ones, obviously. You might not get credit for some achievements, too, though sometimes those do get through.
Reactions: multazamil, mugni, nandi craft and 15 others

Zloth said:
a boatload of plusses and minusus
Click to expand...

I see the plusses as essentially covering much of the ground covered by consoles atm—cheap, no update mangles, hardware homogeneity, piracy.

The minuses would still be covered by other sources, much as at present. It would become a smaller market of course, so it might get more expensive for enthusiasts—but hopefully offset by hardware costs continuing to decrease.

It could become that you play the basic version on Netflix or Game Pass etc, and for the games you love you then branch out into the enthusiast ecosystem by buying it and gaining much more control.

I guess the market will ultimately dictate how it all pans out. There would presumably be a big incentive for Netflix to get involved in making their own content, as the currently do for TV movies. This may be the last decade of a large number of mid-sized devs and pubs, with the dust settling on ~10-15 big worldwide players. There used to be ~200 car makers a century ago if I recall correctly.
Reactions: Obito1285, multazamil, mugni and 11 others

Couple of recent stories about the streaming wars, which are already well under way in sister industries:

Wow, this is new for me, netflix starting go to the game.
Reactions: multazamil, Sutarno597, mugni and 7 others
W

It will be very interesting to see.
The streaming platform like
Reactions: multazamil, Sutarno597, sntmrsk and 7 others
B

More competition and options could be a good thing. If nothing else it should help move the technology along. I sampled Stadia for a month last year and it was better than I expected, but the entire user experience just felt half-baked. The technical experience was good but I didn't feel the value for the amount of bandwidth it used.

For me, GamePass has a lot of advantages over a Netflix or Stadia offering. It has a huge library of games, but I still get to play them locally on my PC. It offers cross platform play between PC, Xbox, and mobile. If I like a title I can still purchase it. Microsoft is working on (beta testing) a cloud gaming service as well so that will eventually be an option. Unfortunately it's only available on Android at the moment. The other drawback to GamePass is that Xbox still gets "first citizen" treatment with titles and Windows 10 users don't always have immediate access to the latest offerings. Even so, it's still my favorite of these services (I also have PSNow).
Reactions: multazamil, Sutarno597, Lordrival and 10 others
A

There's mounting evidence that the streaming giant may go all-in on gaming.

Ho hum, do you think this may be inspired by Microsoft's Game Pass?
Click to expand...

Very impressive and also interesting
Reactions: multazamil, sntmrsk, mugni and 3 others
A 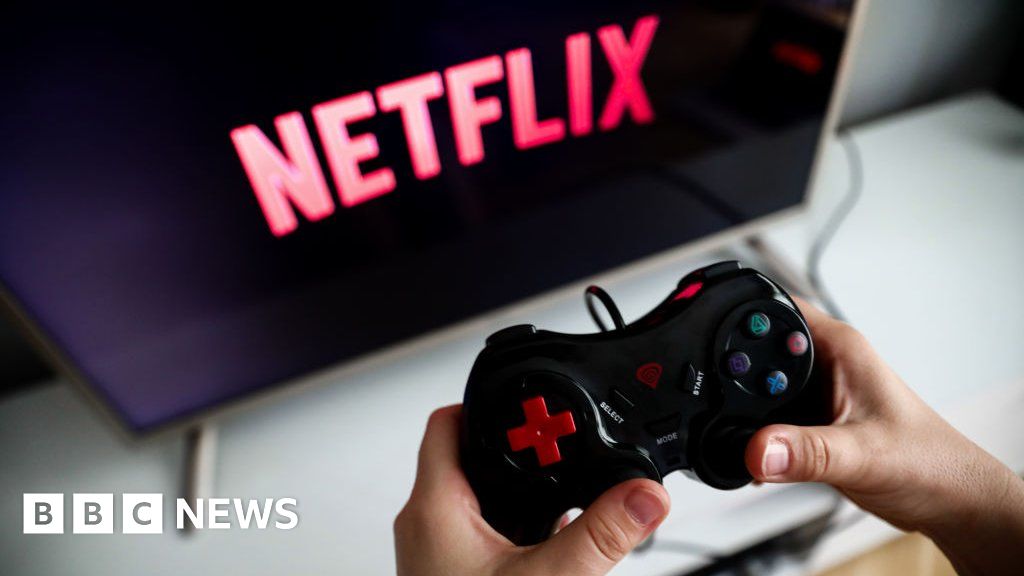 Netflix to include mobile games for subscribers

The firm said on Tuesday that the "time is right to learn more about how our members value games".
www.bbc.com
Reactions: multazamil and sntmrsk

I think it would be cool if it actually happened
Reactions: multazamil, Kasdioe and sntmrsk

The world is shockingly bad at providing good, high speed Internet, even in wealthy countries, so some of these game streaming services may be jumping the gun a little, but companies feel like they have to get out in front on things like this to be competitive long term.

As for the Netflix announcement, it sounds like their gaming service is just going to be lumped into the video streaming service as added value. As a subscriber and a gamer, I'm all for that.
Reactions: multazamil and Brian Boru

This is super amazing and shocking at the same time!

ZedClampet said:
sounds like their gaming service is just going to be lumped into the video streaming service as added value
Click to expand...

Yep, look that way to me too. I was surprised to read recently that Xbox owners now use it more for consuming media than for paying games.