Hello PC gamers, I've recently lucked into a new liquid cooled 3080! It's all very exciting but I set aside that this card is connected to an AIO radiator/fan unit. I already have a CPU AIO hooked up in my case. I'm using NZXT's H710, which so far I've thought to be huge with plenty of room for all my components. I have space on top for 3, 120mm fans/radiators, and on front for 3, 120mm fans. Before this new card, the front had 3 plain case fans running as intake, and the top just had the CPU AIO 240mm (dual fan) as exhaust-which is its normal operating direction. There's also an empty space for a 120mm fan/unit on top beside that.

I just replaced two of the front fans with my new card's AIO. It's also configured to exhaust-pulling air into the fans and through the radiator fins-which makes sense to me. However now I only have the one fan as intake, 2 AIOs pushing out and a rear exhaust case fan.

Does this pose a significant threat? The way they design these AIOs is the fans include RGB (obviously...) and want to push air through the fins. Should I give up on the RGB and flip the front GPU AIO so it pulls in fresh air from the front? Then air cooled on the radiator is inside the case, but I do have the other back/top exhaust... What do?

I don't think using GPU AIO as intake is ideal as all heat it exhausts into system would then go through the CPU AIO on roof. Cook CPU.

It makes more sense than having them both act as exhausts.

Could have CPU AIO fans on inside of case unless you don't have a glass side panel. Its how I get to see my RGB lights 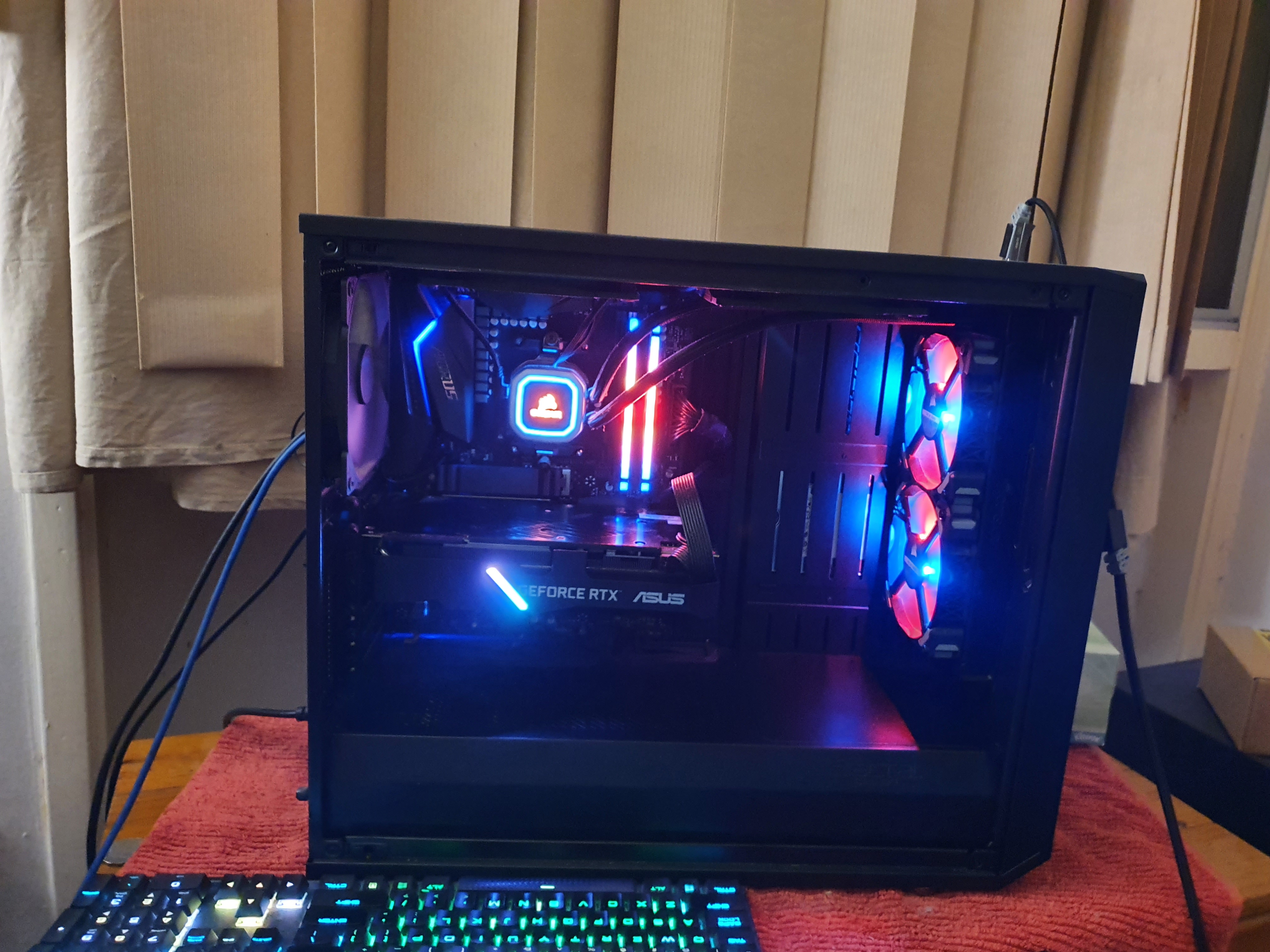 front mounted AIO as intake is not a bad idea really.

Admittedly, if you have 2 AIO you can use both as exhaust but it depends on case as to how much dust that sux in. reverse pressure is fine in water cooling cases. I have it myself. more exhausts than intakes.
Last edited: Jan 20, 2022
Reactions: Brian Boru

I don't think using GPU AIO as intake is ideal as all heat it exhausts into system would then go through the CPU AIO on roof. Cook CPU.
Click to expand...

Hey, great point Colif. I didn't consider the load each of these would be under. I will obviously be gaming with this thing, my processor is a few generations back but I don't think it's a bottle neck for the games I'm playing at the moment...

I'm also not overclocking. Maybe possibly someday in the future but that's not a factor.

I do have a side glass panel, so the setup is all the RGB has to be facing in. The other sides of the case are totally opaque. The front panel draws in air from the edges and does include a removable dust screen which is working based on my previous cleaning.

If I did swap the positions of both, and I wanted to make the CPU AIO the front intake, would I want to position the fans "outside" pulling in air and the radiator "inside" or reverse the fans so I can still see them inside with the radiator on the outside behind the dust screen?
Reactions: Brian Boru

I personally do fans inside for CPU AIO. I don't have anything besides the stock cooling fans on my GPU but if I were to put a GP AIO in I would have the airflow push out from the top.

afterlanterns said:
or reverse the fans so I can still see them inside with the radiator on the outside behind the dust screen?
Click to expand...

i have aio fans on inside in a pull config so they draw the air in over radiator fins and exhaust it into case. I have reverse pressure so the heat doesn't stay in case long.
You must log in or register to reply here.
Share:
Facebook Twitter Reddit Tumblr WhatsApp Email Link