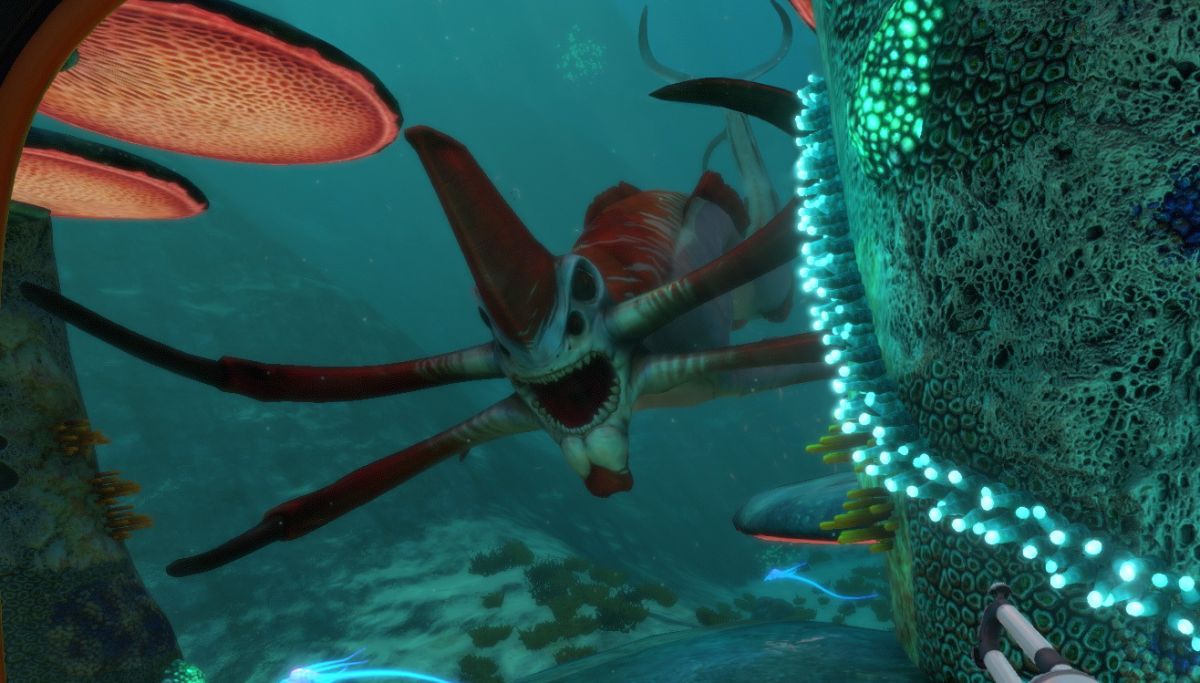 Krafton said Unknown Worlds will continue to operate as an "independent" studio, but not everyone believes it.

I'm not a fan of my favorite developers getting bought out. I guess we'll find out how good/bad this is in a few years.

Speaking of Unknown Worlds, Krafton (new owners) had this to say, "In addition to ongoing updates for Subnautica and Subnautica: Below Zero, Unknown Worlds is currently working on a new genre-defining game, which is slated to launch into early access in 2022."

No one's wrong more than I am, but I think I read at some point that this "genre-defining" game was some sort of strategy game. But I'm looking forward to the game after that because it's said they will return to Subnautica, probably with added co-op, and I love the Subnautica world.

I always shudder when I read about an independent game developer getting absorbed into a large corporation, too often it just doesn't turn out well. Not always, and a lot depends on how much the big corp meddles with the development of games from the former independent. It's got to be brutally hard for these small indie developers to make enough from their games just to cover the costs of development.

Once Bioware was bought out by Electronic Arts, it felt (to me) that the quality of the single player RPGs that they were known for just weren't as in depth as in the pre-EA days. It seemed like there was too much interference from EA, and their games progressively steered away from the SP experience to go the "games as a service" route. I still hold out hope for the next Mass Effect & Dragon Age game, but they've gone through quite a bit of chaos and employees leaving over the last few years.

I shuddered when THQ Nordic bought out Piranha Byes (2 years ago, I think?), but I also think there's some hope there, as there doesn't seem to be any interference from THQ. There's a dedicated group of fans for the way PB makes their single player only RPGs, and I would hate to see that changed. But I also feel that PB may have been in danger of surviving on their own, so this acquisition could turn out for the best.

You also reminded me that I have yet to play Subnautica, as it still resides in my TBP pile on Steam.
Reactions: ZedClampet and Brian Boru

mainer said:
but they've gone through quite a bit of chaos and employees leaving over the last few years.
Click to expand...

It's not really even the same company anymore. I guess the future just depends on who they've hired. Not really any compelling reason I can think of to expect good things from them, sadly. No matter who they've hired, unless EA has backed off from its micromanaging, it's going to take a miracle for them to make decent SP games.

mainer said:
You also reminded me that I have yet to play Subnautica, as it still resides in my TBP pile on Steam.
Click to expand...

I absolutely love Subnautica, but I'm a "survival" guy. There's a ton of exploration and looking for things, but it's probably more fun to do that in Subnautica than in nearly any other game because the world is so interesting.

And there's a story if you read all the stuff. You'll eventually hit milestones and be directed to do missions. I thought the ending was very well done.

It's not as directed an experience as most games, so you may need to check out the wiki and watch some videos at different points, including at the beginning if you suddenly find yourself thinking, "What in the world am I supposed to be doing?"
Reactions: mainer and Brian Boru
You must log in or register to reply here.
Share:
Facebook Twitter Reddit Tumblr WhatsApp Email Link