I'm so glad this game was released for a free weekend. It has been very well reviewed and I was looking forward to trying it and I'm so pleased to be given the opportunity. Personally I find the game to be very boring. My character is only level 11 so it's early days. There is just nothing new to be seen - go to the farm, recover the supplies, kill the zombies. How many times has this been done before? The free weekend has saved me a nice £17, thank you very much for that XD

Very well reviewed!? I'm seeing a lot of 3 out of 5 stars. That's not terrible but sure isn't "very well!" PC Gamer's follow-up in February sure didn't instill confidence.

The game is dying. I expect the top execs are giving it one last shot after the year's updates to see if it's at a point where people will like it yet. If it does, fine. If not, they stop throwing away money.
Reactions: Pifanjr, Brian Boru and mainer

Going to give it a go later today. I got a lot of skins for it through Twitch Prime, so looking forward to seeing how they look in the game. I heard that crafting is fun in the game, so that is another reason for trying it out.
Reactions: Brian Boru

Lvl 18 and my experiences so far:

+ Game looks nice and I can appreciate the day/night cycle. Sunrise particularly looks beautiful.
+ Some parts of the different costumes I tried on looked good. I'll share some of them later in the post.
+ The different crafting professions is a relaxing way to lvl up and woodcutting/mining got a realistic feel to it. Fishing also seems like a fun way to get recourses for food and different bait for freshwater and saltwater is a nice touch. Being able to harvest just about anything is pretty cool.
+ Made my first rapier and the work in it felt like work. You need to find the different parts for the recipe, then smelt&craft the item.
+ I like that you get more points to put in a weapon skill tree the more you use the weapon. This way you can focus on a few ones you like and swap between them. I chose a rapier and bow combination for a decent mix of close and ranged combat with some maneuverability and crowd control.

- Questing/Main story is boring. Pretty generic stuff, seen much better in other MMOs like SWTOR for example.
- Enemies so far have been different versions of the same type but without having many distinct features to make them interesting.
- Some areas felt like reskins of earlier zones while I was venturing into zones way past my own level. The mountainous areas also look pretty much the same. I guess it can be hard to make the rock look unique, but I just feel like I am often walking through multiple copies of the same mountain ridge I have already explored.
- Movement in water is pretty horrible and I dislike the way they go about it. Why they would have a short timer that leads to instadeath is mindboggling, especially considering how much of the rest of the game is about letting you explore. Seems like a cheap way to avoid swimming over longer distances.
- Fighting is ok, but a lot of the time the mobs feel glitchy to fight against, especially when you try to kite or circle around them. At times they get stuck or your hits don't really feel like hits because the hitbox detection is a bit wonky when there is much movement. Almost like there is a small delay going on at times which does not look good.
- While some of the costumes looked cool, the default quiver looks ugly and it has been over a year without any new skins for it... What is the point of making a cool outfit when it gets destroyed by this ugly piece? You also can't hide the cape which I don't understand. Some pieces of costumes are almost hidden because of this or parts of the fabric glitch with the cape making it look bad. For people doing transmorg, this has to be a real pain.

-I would have liked to see a better crafting animation since the crafting process takes a very short time. Would have made me feel more like a smith at work. If they would have toned down the recourses you needed for an item, you would not have needed to have this type of quick crafting option or you could at least have put a couple of animations in between when a larger portion of recourses was being used.
- It seems each small town got its own storage system, similar to what you have in Project Gorgon. I'm more for having stuff stored in one big bank that you can open in all cities. Just seems like an unnecessary mechanic and one that might make it more of a chore to swap between the different storage boxes by having to first toggle the town storage box you think you might have put the item in.
- Lastly, the corruption theme and all the red corrupted things scattered around the world have been done soooooo many times before. I have not yet tried to "uncorrupt" one of those, but I am pretty sure it will basically be killing some mobs and channeling some stuff to purify it.
- The "invisible wall" implementation when you reach the end of the map is not the best out there. Takes you out of the exploration. Plenty of other MMOs and RPG games do this in a more tasteful matter, so it is just lazy on their behalf. It is also a bit strange that you either bump into an invisible wall or you'll be able to go past the wall posted on my screenshot, but then you'll die immediately after. It's like a final middle finger if you managed to slip by and did not manage to get back within the very few seconds you are outside of the map. 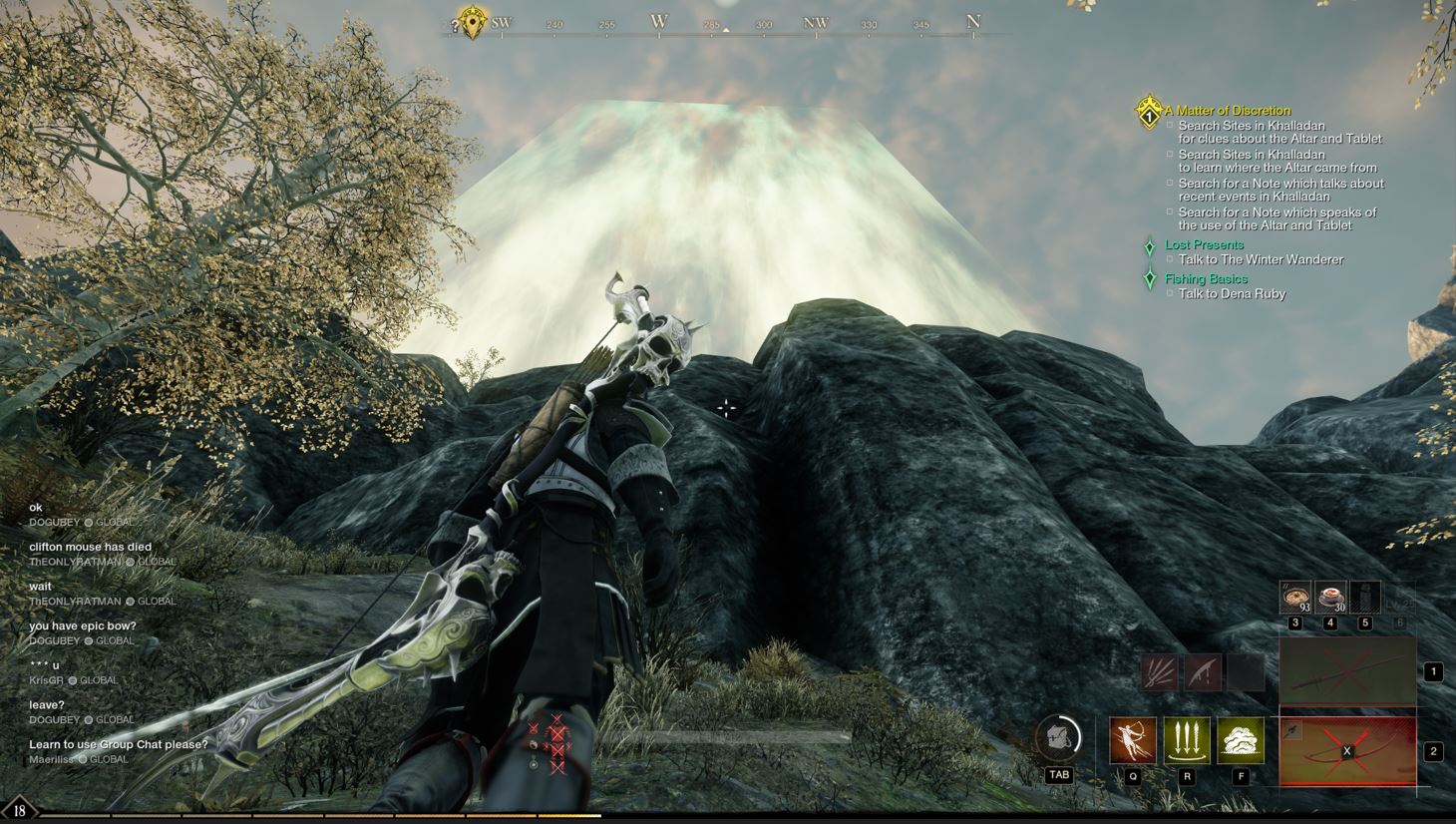 Overall, it is not an MMO I would pay for. When it goes FTP (pretty sure it will be) I might pick it up for light crafting /fishing and that would be pretty much it. I'm saving my money for Ashes of Creation, which is an upcoming MMO I believe will be pretty doggone amazing! 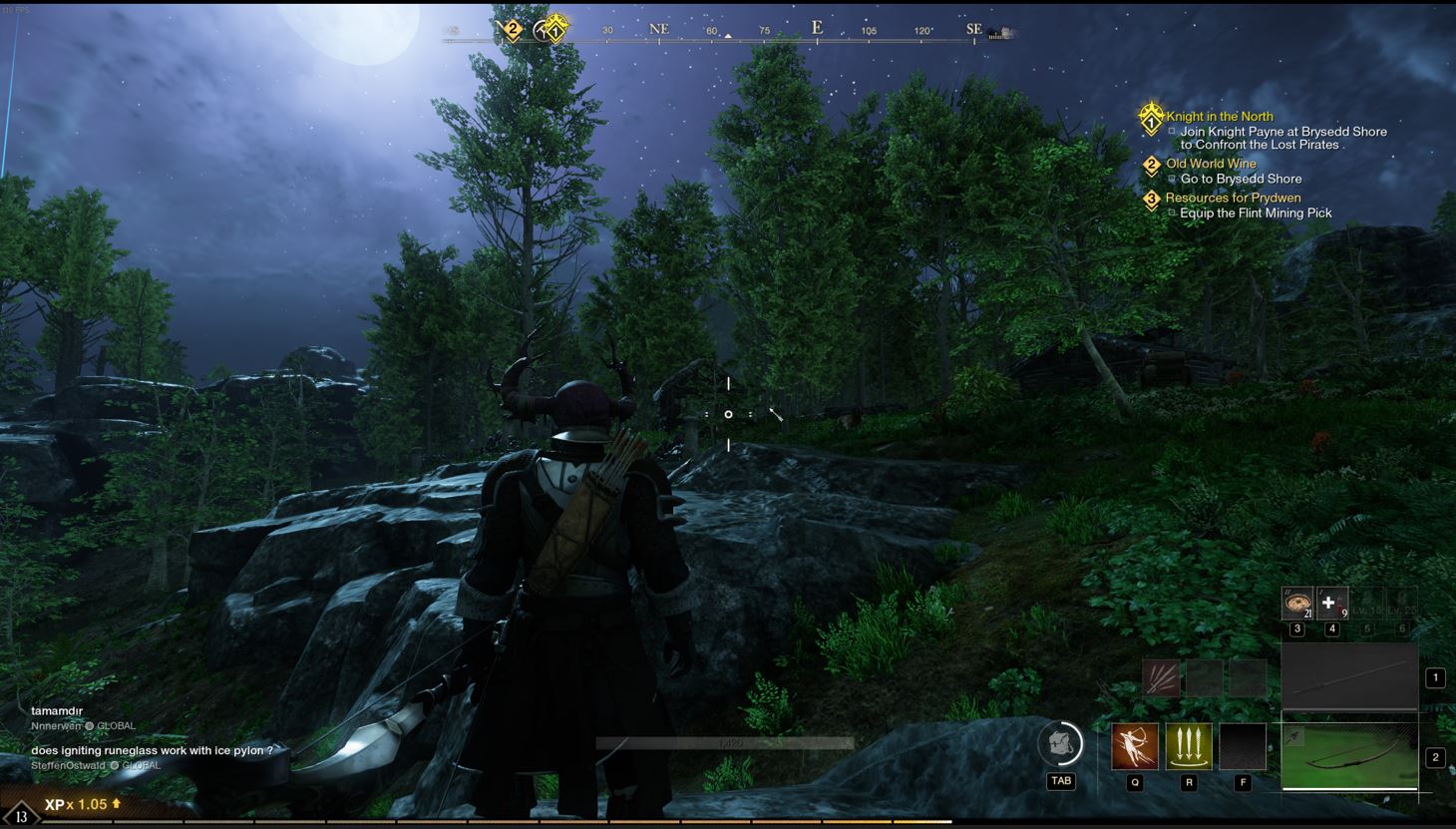 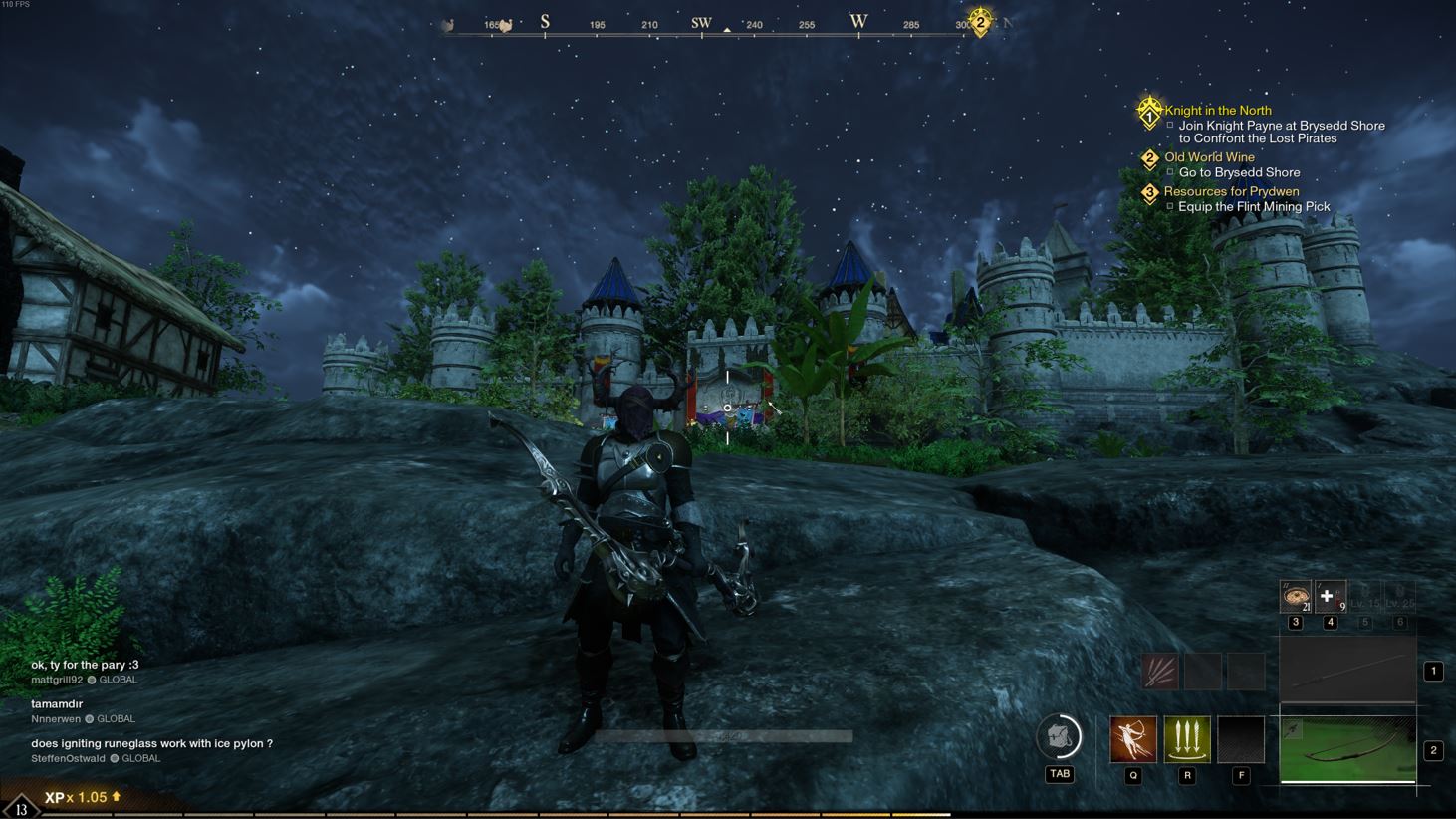 Me following some guys on their Elite Run. I died to the zone because in the final 60+ zone you need to follow the main quest or you'll get instantly killed entering the 60+ zone. 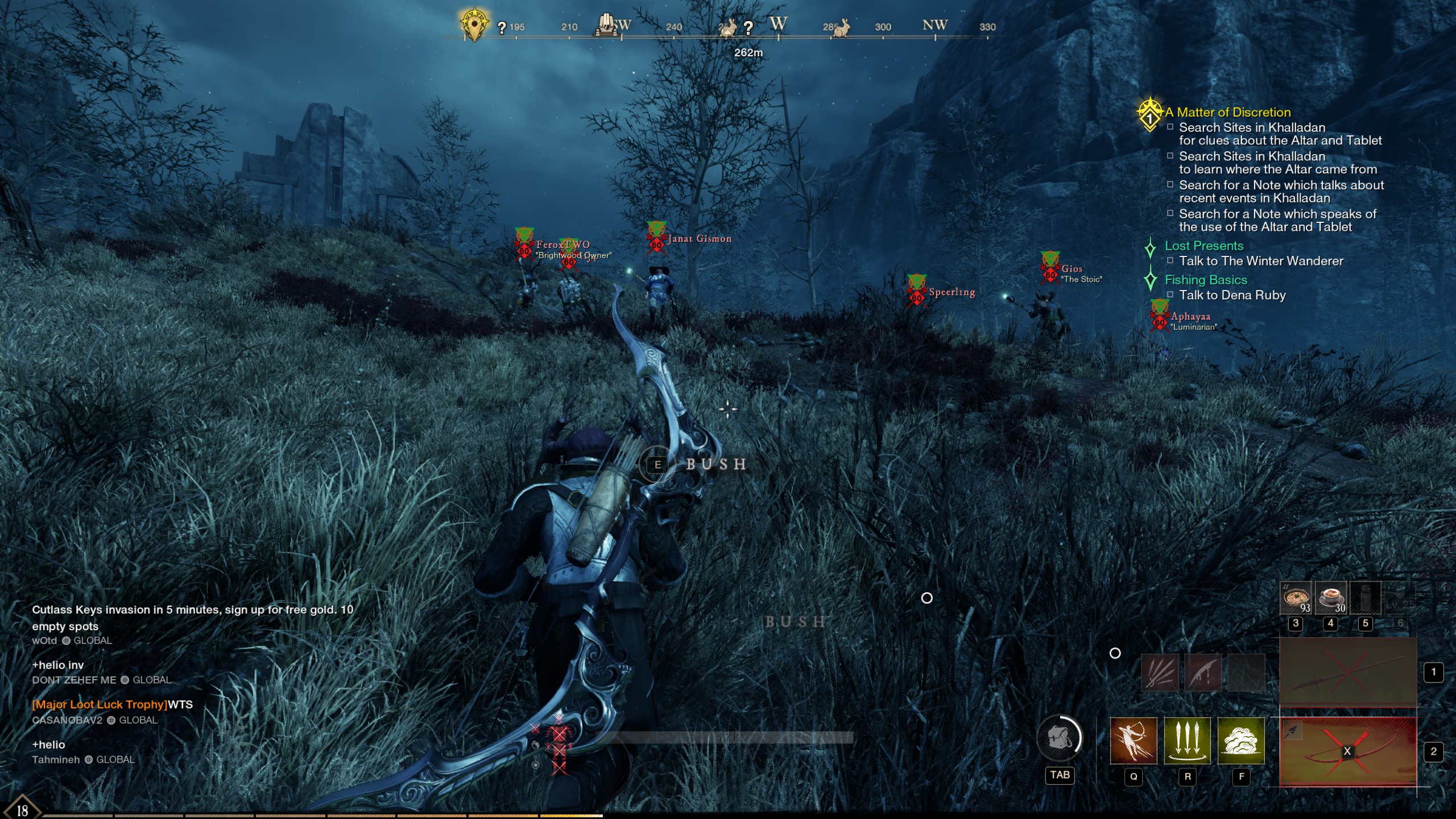 Is that the "bow" you built in the last screenshot? Because I think you might have used the ballista recipe accidentally.
Reactions: Brian Boru and Frindis