I am looking for a LAN game to play with my family.

I am NOT looking for an action game. Something like trivial pursuit where we can answer questions. If anyone has other ideas, please let me know. Thank you.
Reactions: Frindis

The only trivia game I have any experience with is You Don't Know Jack. They are fun but most of them were made in the early 2000s and then just rereleased as far as I know.

The Jackbox series by the same company has a lot of party games that can be enjoyed by a large group of people. Everyone will just need their own device (phone typically) to connect. Each party pack includes 5 party games to play with others. Drawful 2 is currently free to pick up on steam and is one of the games in one of the packs.

Use Your Words is a similar game, but it features a couple unique rounds instead of one game at a time.
Reactions: Oussebon and Frindis

It's Quiz Time to add upon what @XoRn mentioned.
Reactions: Oussebon and XoRn

I very much agree, the Jack in the Box games are amazing for gatherings (can even be easily played standing 6 feet or more apart!)

Other games I have really enjoyed via LAN are classic Halo, Rocket Leage, Left 4 Dead series, Stardew Valley, and factorio.

Here is an article that might help you find what you all want!
J

I suppose board games are the one of the easier recommendations, have you tried pandemic? 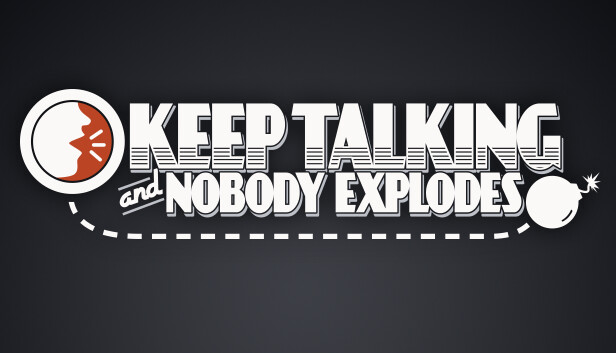 Keep Talking and Nobody Explodes on Steam

Find yourself trapped alone in a room with a ticking time bomb. Your friends have the manual to defuse it, but they can't see the bomb, so you're going to have to talk it out – fast!