Question What game made you Shed Manly Tears?

You know where you totally not crying, and its just a dusty room and possibly cut onions you keep in your shirt pocket to possibly ward off Vampires because you are allergic to Garlic.

But you totally aren't crying, and never admit to it. 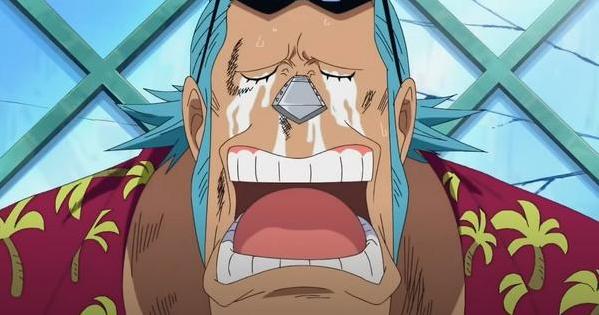 I've been a wreck when playing;

All of the Life Is Strange games
All of the Telltale Walking Dead games
CLANNAD
If My Heart Had Wings
Prey (Original) The Scene where you have to kill your girlfriend turned mutant
Gears of War 3
Halo Reach
To The Moon (probably the one that got me the most)
That Dragon, Cancer
Brothers: A Tale of Two Sons
This War of Mine.
Reactions: Frindis and Pifanjr

Ummm.... duuhh.... OH... I have one! Towards the end of Wolfenstein: The Old Blood. That was a real heart cruncher.

I'm certain there was some combination of Red Dead Online, bourbon, and the There Will Be Blood soundtrack that got me to tears, too.

Not part of a game proper but...
(and the music is from a TV episode that's downright dehydrating)

Telltale's The Walking Dead season 1, 2 and 4.
Spiritfarer
Horizon Zero Dawn
There are probably some more but I've forgot because I'm a super manly man.
P

Oh man I remember Walking Dead Season 1 - that was some onion cutting right there. I tried everything to get an alternate ending but nope.

Surprised no one Said Final Fantasy 7 or Mass Effect 3

Probably_Human said:
I tried everything to get an alternate ending but nope.
Click to expand...

You can choose between rock and a hard place

Mass Effect 3 had one heartbreaking scene (we all know which one was it) or maybe two? Damn I don't have time to replay Mass Effect. And I would have to replay them all in order to grasp the story better.
Reactions: Probably_Human

Ori and the Will of the Wisps, *sniffs*.
Reactions: IndecentLouie

The Walking Dead telltale series made me cry quite a few times, not heavily cry but at least well up. Throughout the series the gameplay was never anything special but the personal stories it created became stories and characters I truly cared about.
At the end of the last season
Seeing Clementine knowing she didn't die, and that one part seeing Lee again
pulled on my heartstrings.
WHERE ARE MY TISSUES!
Reactions: Frindis and Probably_Human

I guess ill be that guy and say i dont cry for any of the sadness in the games ive played? Ive wept manly tears for corrupt files in games tho, does that count?
Reactions: Pifanjr

Ultima 7 Serpent Isle: Dupre's scene in Monitor when you require a certain something extra to bind the Bane of Chaos's pieces together, then finding him again in Ultima 9. Good heavens, that just wrenched my wee heart out.

This will sound silly, but the Final Boss of Super Metroid tends to bring me to tears a bit, every time. It's a classic Eleventh Hour Superpower trope. You face off against Mother Brain in her second phase, and realize that not only are your attacks doing very, very little damage to her, but she's utterly kicking your butt with her giant deadly rainbow brain beams. They do a metric boatload of damage and render you helpless on the floor for a bit after pinning you against the wall. You begin to feel utterly hopeless after all of these barrages of deadly energy.

When you're just about dead, the little baby Metroid you had found from the previous game swoops in, drains Mother Brain's life, then flies away, ... and then has second thoughts, giving you back all of the life it had drained from Mother Brain.

Then Mother Brain slowly awakens, walking forward in anger, firing rings of energy at the large Metroid that's still in the process of saving your life. You watch as your Metroid savior turns from a bright healthy green to a dull weak brown, even as it continues to pour its energy into your life tanks. Eventually it lifts off of you, having done everything it can, and Mother Brain fires yet another beam of energy at you. The Metroid swoops back in just in time to take one last hit, dying for you in a series of saddening explosions, falling onto you as the screen goes black.

The music changes to the charmingly optimistic overworld theme. You realize that something is different. You open your inventory and all of your beams are gone - Replaced by a Beam weapon you had never picked up - The Hyper Beam. You fire the beam at Mother Brain and watch as a rainbow cylinder of concentrated energy careens from your arm cannon, and Mother Brain's head slams backward in well-earned terrifyingly strong whiplash.

You regain hope. The battle has turned to your favor, all thanks to the sacrifice of your little baby Metroid.

A surprisingly emotional moment for a final boss battle. Hot damn. They don't make games like they used to, folks!
Reactions: Frindis, Pifanjr and Zloth

IndecentLouie said:
At the end of the last season
Seeing Clementine knowing she didn't die, and that one part seeing Lee again
pulled on my heartstrings.
WHERE ARE MY TISSUES!
Click to expand...

My gf and I were crying during whole ''epilogue'' and when that scene happened we cried even more.
What a rollercoaster.