Weekend Question: what is your favorite vehicle in a videogame?

This week the question is: what is your favorite vehicle in a videogame? It can be a car, plane, spaceship, sailing ship or whatever you like.
Reactions: Zloth

The Halo Warthog. It's so satisfying and simple to drive, and it's a great vehicle for coop play when you and your buddy occupy the turret and driver's seat.

Honorable mention: all of the ill-advised rockets I've ever created in Kerbal Space Program.
Reactions: freerangeninja, IndecentLouie and Frindis

The cars from Rollcage. Specifically Jet. Nothing beats going 400 mph in a car that can drive upside down (both in the sense that it can drive on the ceiling of a tunnel and that it can flip over and just keep going) while blowing up both your competitors and the scenery and buildings around you.
Reactions: Frindis

The Mako of course! Kidding, it's probably the Mitsubishi Lancer Evo 9, I tend to gravitate towards that car for its handling in every racing game that features it.
Reactions: Zloth

Definitely driving around in the 10-cylinder engine Banshee car from GTA 3. It is very easy to maneuver and a cool looking sportscar. I remember breaking out from a car dealership the first time I got my hands on it and man did it go fast! Other than that I have to give an honorable mention to the Ford Mustang GT from Need for Speed Underground 2, having one of the most awesome engine sounds I have ever heard in a game.

On land it's definitely the Batmobile from Arkham Knight. On sea it has to be the Jackdaw from Assassin's Creed 4. In the skies it's the Comanche helicopter from Comanche 4. In space it has to be, of course, the SSV Normandy.

Honorable mentions go to the spider-tank from Watchdogs' digital trips, Max's Magnum Opus from Mad Max, the pod racers from Episode 1: Racer, and the Can-Am Spyder like 3 wheeled motorcycle from Saints Row the Third.
Reactions: IndecentLouie

@I Will Haunt You Ever tried the Buzzard from Far Cry 4? Quite the fun mini-helicopter to roam around with

@Zoid Warthog is a strange name for that. It looks more like a big cat, like a puma. 👻

@Frindis Nope, I don't have Far Cry 4. Skipped it because I didn't like either Far Cry 2 or 3. I have Far Cry 5 which was okay I guess, but I only got it in hopes to one day coop with my son when he gets a break from Navy life.
Reactions: Zoid and Frindis
J

Does driving a stompy mech/powersuit count? if so i'll take the Titanfall's titans. Honorable mention to Far cry 3 Blood dragon mech at the end of the game: Battle Armored Dragon Assault Strike System (B.A.D.A.S.S.) . But generally any mech/powersuit that can WASD and has a lot of dakka gets a thumbs up from me.

More conventional stuff? I guess recent examples are all of Just cause 2/3 military vehicles spring to mind. Infinite bullets and rockets to take down the waves of enemies arrayed against me.
Reactions: I Will Haunt You

@Johnway Good grief! 🤦‍♂️ How did I forget the Titans!? Boaz Yakin will be so disappointed in me.

The Magnum Opus from Mad Max - I have spent so many hours driving around the sandy remains of the world-that-has-been and customized it with hand selected parts, that it wasn't just a vehicle to get from point A to B. It became a partner, for whom I cared for and in return it provided me with support in my times of need.
Reactions: IndecentLouie and Frindis

I second The Magnum Opus and The Warthog from Halo, amazing vehicles to drive.
I really wish they'd make a sequel to Mad Max or release some DLC.
Reactions: Zoid

It has to be the Titans from Titanfall. I particularly liked the Legion, because it allowed you to have everything good about Titanfall 2 in a single loadout. You, of course, had the lumbering tower of steel that could soak up and dish out insane damage, but the ability to set it on auto made it quite fun. The Legion, in my opinion, was quite fun to let loose while you ran around as a pilot, ambushing people trying to take out an autopiloted Titan. Titanfall 2 has forever won a place in my heart because of its great Titans, but what they let you do, even outside the cockpit, is the best. I even like fighting Titans as a pilot, because there's a thrill to bringing down towering mechs with just a rocket launcher and grit. I think that's really the defining factor- I love both piloting and fighting against Titans, and there are very few vehicles I can say that about in any games.
Reactions: Frindis and I Will Haunt You

I'll pick my workhorse ship from X3:Terran conflict. There's ships that are faster and ships that are deadlier but, for just getting around in the game while still being able to fight off the riff-raff, my Vidar (named Big Van Vidar) was my favorite ship. 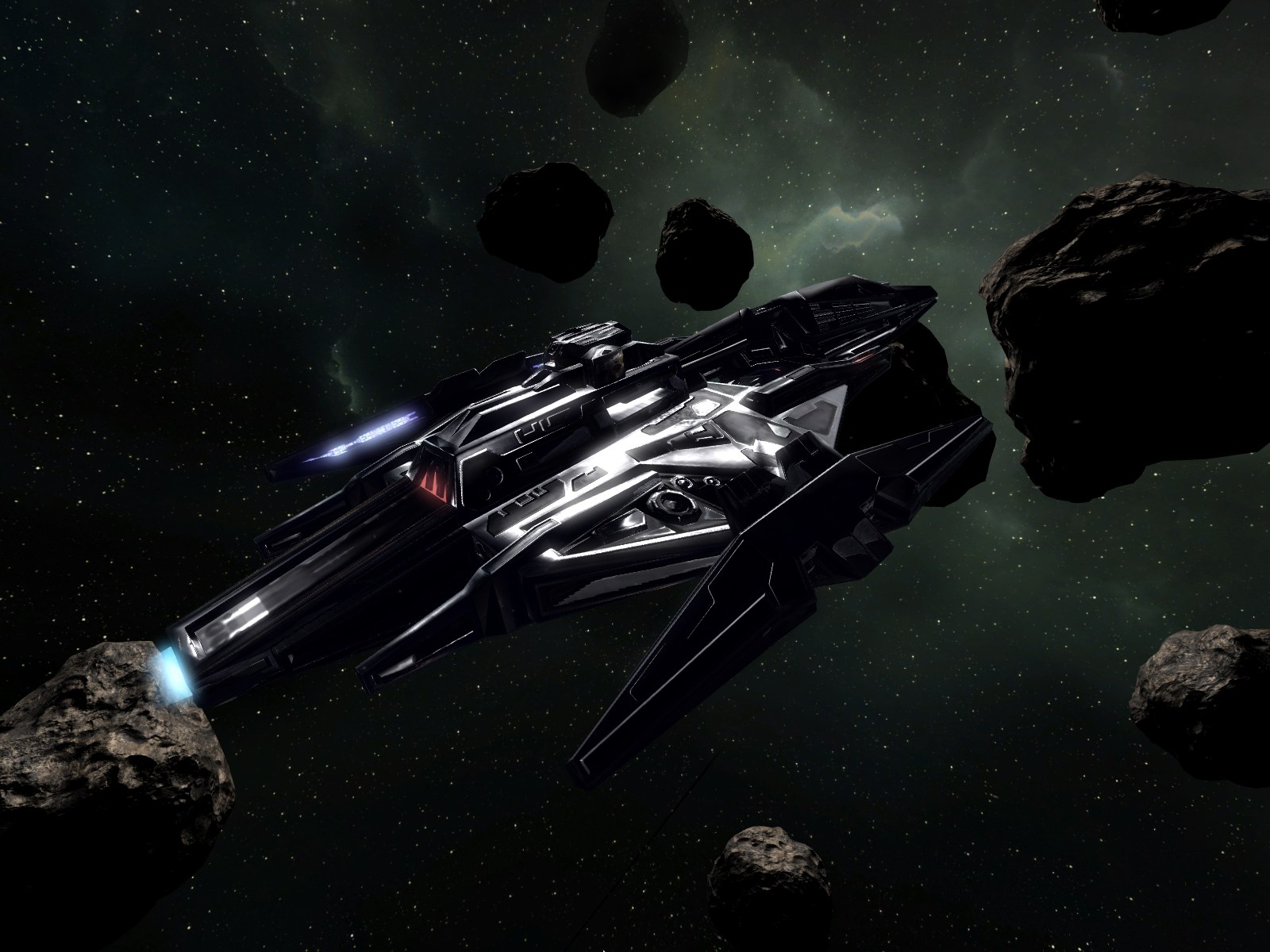 My favorite vehicle in a game. 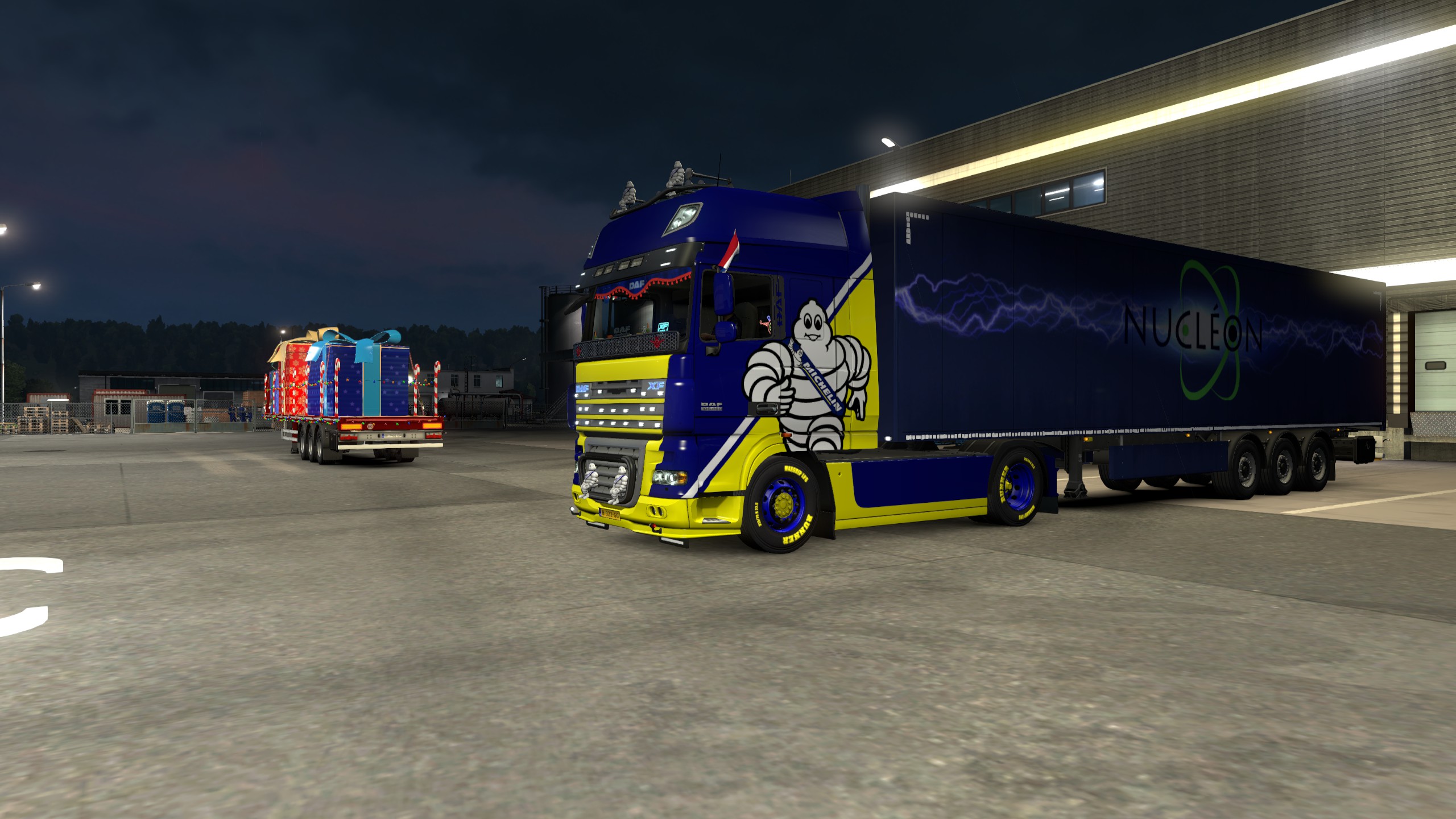