Question Weekend Question: Have you ever bought a game just because of its cover art?

This week the question is: Have you ever bought a game just because of its cover art? Whether it was box art in a shop or a particularly eye-catching image on the Steam front page, have you ever been sold on a game by a picture?
Reactions: Sarafan

Yes, actually. I remember looking at the PC game shelf of my local toy store around the time of my 13th birthday. I had some birthday money in my pocket and was ready to get something for myself, and then I saw this: 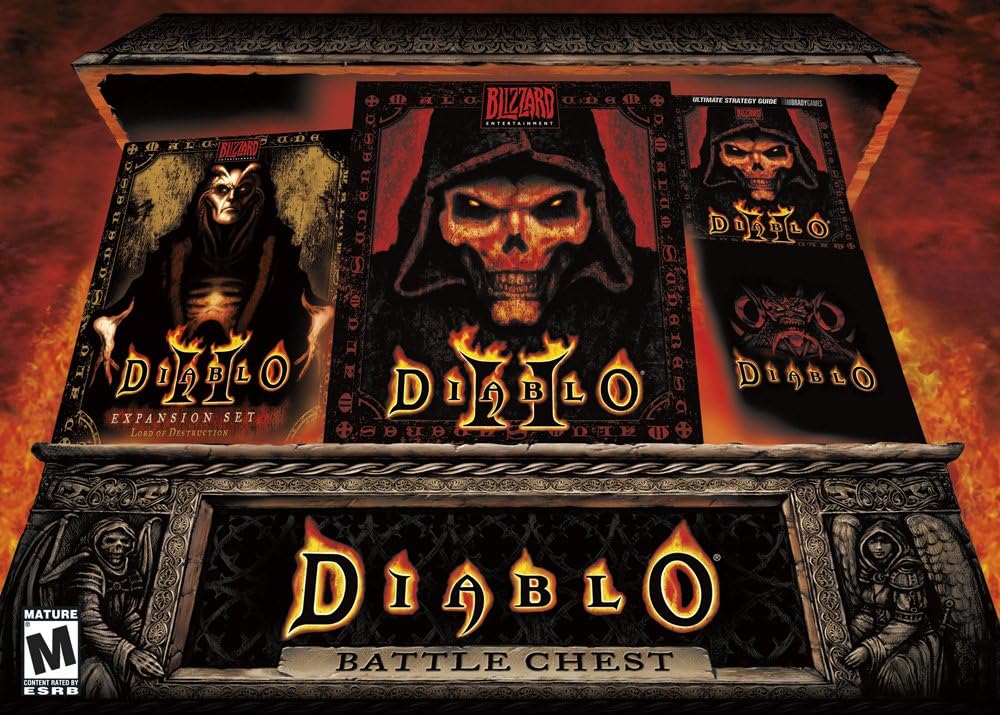 Two games, an expansion AND a strategy guide for the price of one game?! The cover art looked rad as hell, too. I remember giving my stepfather a look that said "would this be allowed" but he didn't seem to think much of it. The screenshots on the back of the box didn't look particularly violent or offensive, so he let me pick it up.

Some ten thousand hours later, I would say that was some money well spent. And I was sold on it because of the box art.

Speaking of Blizzard games, does anyone remember the cardboard boxes that World of Warcraft used to come in? The ones with the flipbook-style page that would open and reveal a bunch of amazing screenshots? Those were legit. I still have all of them up until Wrath of the Lich King. I had the collector's edition of Cataclysm and after that I finally stopped playing.

Man, video game boxes. Those were the days. Manuals, too. I loved reading those, and I actually did read most of them front to back.
Reactions: Sarafan, Frindis, Kaamos_Llama and 2 others

I'm sure I must have done that with bargain bin buys back in the day, but nothing stands out, except for one instance where it was not a bargain.

I was at a department store (not the usual place to buy games), in 1992, and they had a small game display that included The Legend of Kyrandia. I knew nothing about the game at the time and based my decision solely on cover artwork which looked cool. Much cooler than the actual game. This was not a new phenomenon, as most games before the 21st century tended to have cooler looking artwork than the game could deliver. But I don't think I'd ever paid full price ($40-$50 range) sight unseen before.

Long story short, I was disappointed, and from that point on, I never bought a game solely due to its cover (I think), and rarely paid full price if I could help it. It was a key turning point in my game consumption, and those rules combined with playable demos helped me keep my game collection to a reasonable size for years, though that totally went out the window when digital downloads came along (and demos went away for the most part. I used to rely heavily on the PC Gamer demo discs, moreso than reviews.)
Last edited: Jul 14, 2020
Reactions: Sarafan, Pifanjr and Kaamos_Llama

13 year old me saw this at the height of my days when I would go to six flags and ride rollercoasters until I felt sick (and sometimes got sick):

EDIT: I also remember thinking that whoever designed the box art clearly didn't understand rollercoaster physics cause the corkscrew starts with the wrong inversion and the rollercoaster car doesn't have up stop or side friction wheels.
Last edited: Jul 10, 2020
Reactions: Krud, Sarafan and Rensje

Oh my goodness, I remember playing the demo for that waaaay back when and loving it! You could only play a few scenarios and only for a few months each, but I spent many hours with that demo regardless. I think Rollercoaster Tycoon was the first game I actually bought with my allowance. I must have been about 11 or 12 at the time! Amazing memories!
Reactions: Krud, Sarafan, Pifanjr and 1 other person

Back before the internet as a child, box art or word of mouth was all I had to go on quite often. Magazines cost almost as much as a budget game! Most of the times I would buy a title for something like £7.99 if I ever had money quite often based purely on the box. There was a limited selection in our local WH Smiths, a lot of them were trash, it was the wild west back then and I mostly didn't know any better.

The one that sticks in my memory most though is Realms, I bought it for full price, after my birthday. It was the first proper strategy game I remember playing. I'm sure the game doesn't hold up these days but the music is etched in my soul. 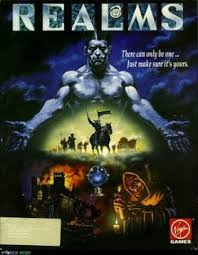 I loved big box games, and you absolutely cannot beat a proper thick manual.
Reactions: Sarafan, badman and McStabStab
B

Very few, for now I can only remeber ATAC :

As a 90's kid, this one did it. Never heard about it, but seeing this cover in a magazine...instant buy. Luckily, the game was decent

Sim copter. It even came with aviator glasses! It was a good cover.

In pretty sure it was the cover art that made my brother pick up Worms 2. Great cover art and an amazing game.
Reactions: Sarafan and Frindis

Yes! Mortal Kombat, every time they came out with a new way to display the menacing dragon, i knew the game was going to be lit.
Reactions: Sarafan

I picked up an old copy of Magic Carpet 2 based on a combination of its bad ass packaging and wanting to play everything my new Pentium II could handle. It was like a corrugated cardboard picture frame with layered artwork on plastic and the manual in pride of place:

I still rave about that game anyone who'll listen, such an amazing feature list that reads like it's a game from a decade later than it actually came out. Realtime lighting and reflections, deformable 3D terrain, and the gameplay is an action-RTS hybrid thats something like Incoming or Terminal Velocity mixed with a DOTA or strategy hybrid like Sacrifice. RIP Bullfrog games.
Reactions: Sarafan and Pifanjr

I never bought a game only because of its box art, but this thread makes me think about the artistic side of gaming. There are true gems when it comes to box arts. Personally I like most of the arts from Fallout series (the older and new ones). Power Armor design is legendary these days and there are Power Armors on almost all boxes of Fallout games.

I also love the look of The Witcher 2 Enhanced Edition box. I don't know whether it looked similar in every country, but we had a real diamond here. The top of the box is covered with metallic dye and it shines beautifully in multiple colors when you look at it to the light.

Almost every game these days has awesome arts on the boxes.
Reactions: Mazer

I remember reading about the original Unreal a bit before it came out (from the Jazz Jackrabbit people!). But when I saw the 3D box on the shelf at CompUSA, with the hole in the center so you could see the jewel case, I knew I had to pick it up. https://www.mobygames.com/images/covers/l/12665-unreal-windows-front-cover.jpg
Reactions: badman
S

I actually bought two. Both of which I never put enough time into to complete. Both are adventure/mystery games.