Welcome to Whose Hemline Is It Anyway?
Where everything is makeup and the stats don't matter

​
RPGs are great for epic battles and stories about different worlds but we all know that the other most important part of playing a role is looking like a total badass. Many of us have gone on the grind for hours—days, weeks even—to get a piece of gear. Not because it was the most powerful (though sometimes that helps) but because your main character HAD to have that particular cloak.

Show us the fashion you fought and saved for in any RPG you play. Is your MMO main dressed for the season? Did you find a silly hat you just had to have in Dark Souls? How did you dress your detective for success in Disco Elysium? Maybe you killed an NPC just to get your hands on their threads. Post a picture of your character dressed to the nines and tell us about the outfit and how you got it!

February 2020 - Threads that are better together!

This month I want you all to show off your matching outfits. Gimme a shot of you and your guildmates, partners, or friends all rocking the same gear. I know you've got em, so I want to see em!

Well done to all you murderous fools who submitted fashion in January!

Calling out @Rensje for the excellent shot of taking down a viper while wearing its King's skin. You're right, super metal!

Also @Dan who I'm pretty sure is sporting the Outlaw armor set from ESO's Thieves Guild expansion. A trip over to the wiki says that yes, you gotta go kill world bosses in the area to get the crafting motif. Will always hand out love to ESO

(the forums were angry at me for trying to quote images this month so re-embeds it is!)

If you're looking to start on your fashion journey, here are resources for a few games to get you started! Feel free to message me with links to the fashion resources for your game of choice and I'll add them.

I'll kick off with my ESO winter fashion for the moment. I've got two outfits going for my main nightblade. The snazzy gold-threaded one is the Merchant Lord's Regalia I got from the crown store a few years back. I normally wear it in black/white but dyed it red for the season.

On the right is a regular armor set that's a real hodge podge of items. The wolf hat is the Skinchanger Hat from New Life Festival in a past year and the torso is a Nord Jack that I picked for the furry bits.

What I REALLY want is the polar bear helm that you get for 100%ing (or close, I believe) the Orsinium DLC. Gotta get back to working on that!
Reactions: tragadaw, jumry908, Lutfij and 1 other person

Those are some rad-looking khajiit.

Here's my Geralt sporting the Ass's Ears you can only get by losing a game of gwent to some halflings at a wedding. All that time I've spent being terrible at gwent finally paid off. 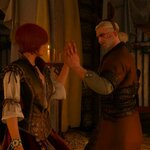 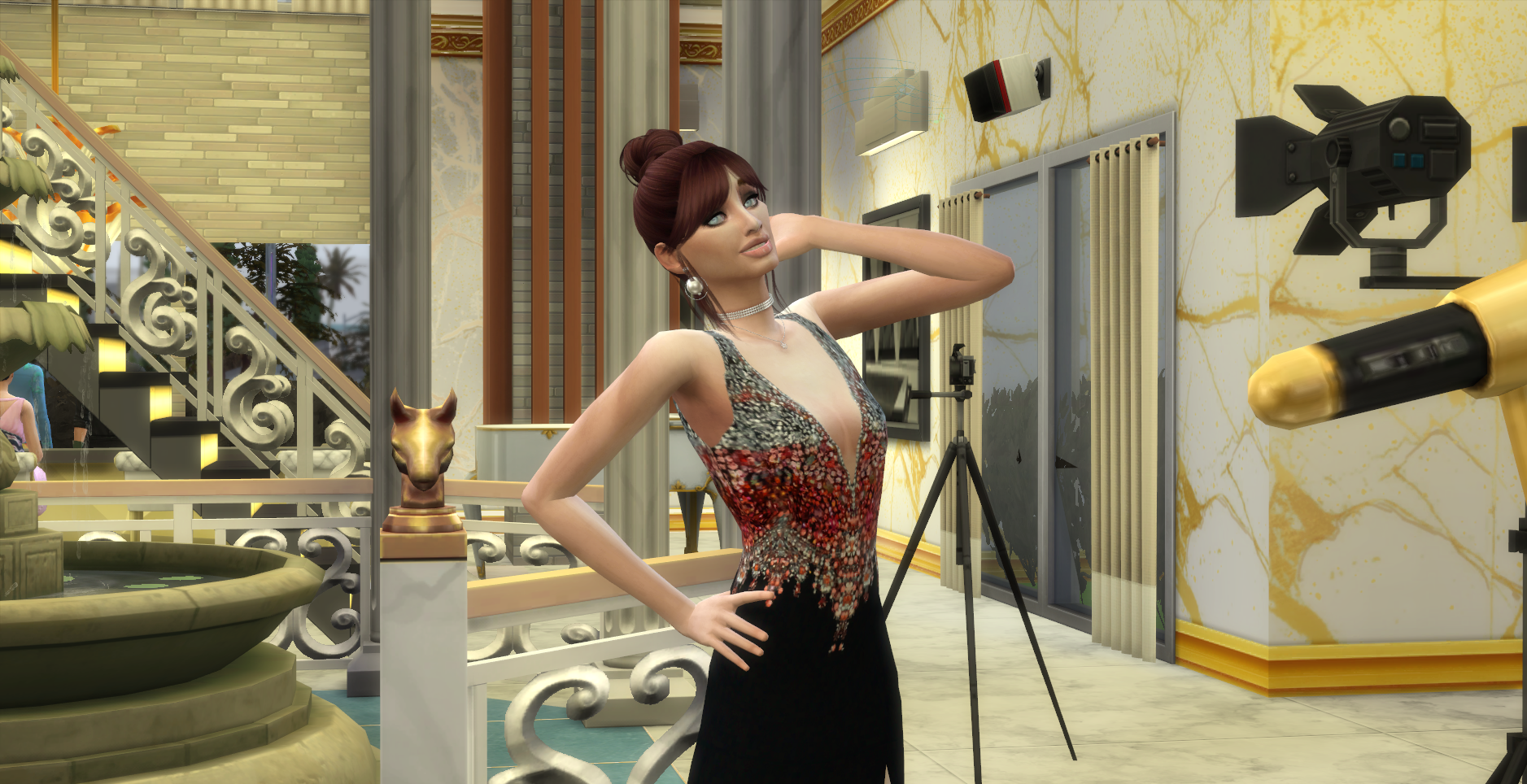 One of my fave gowns on my sims

This is the nicest one on her: 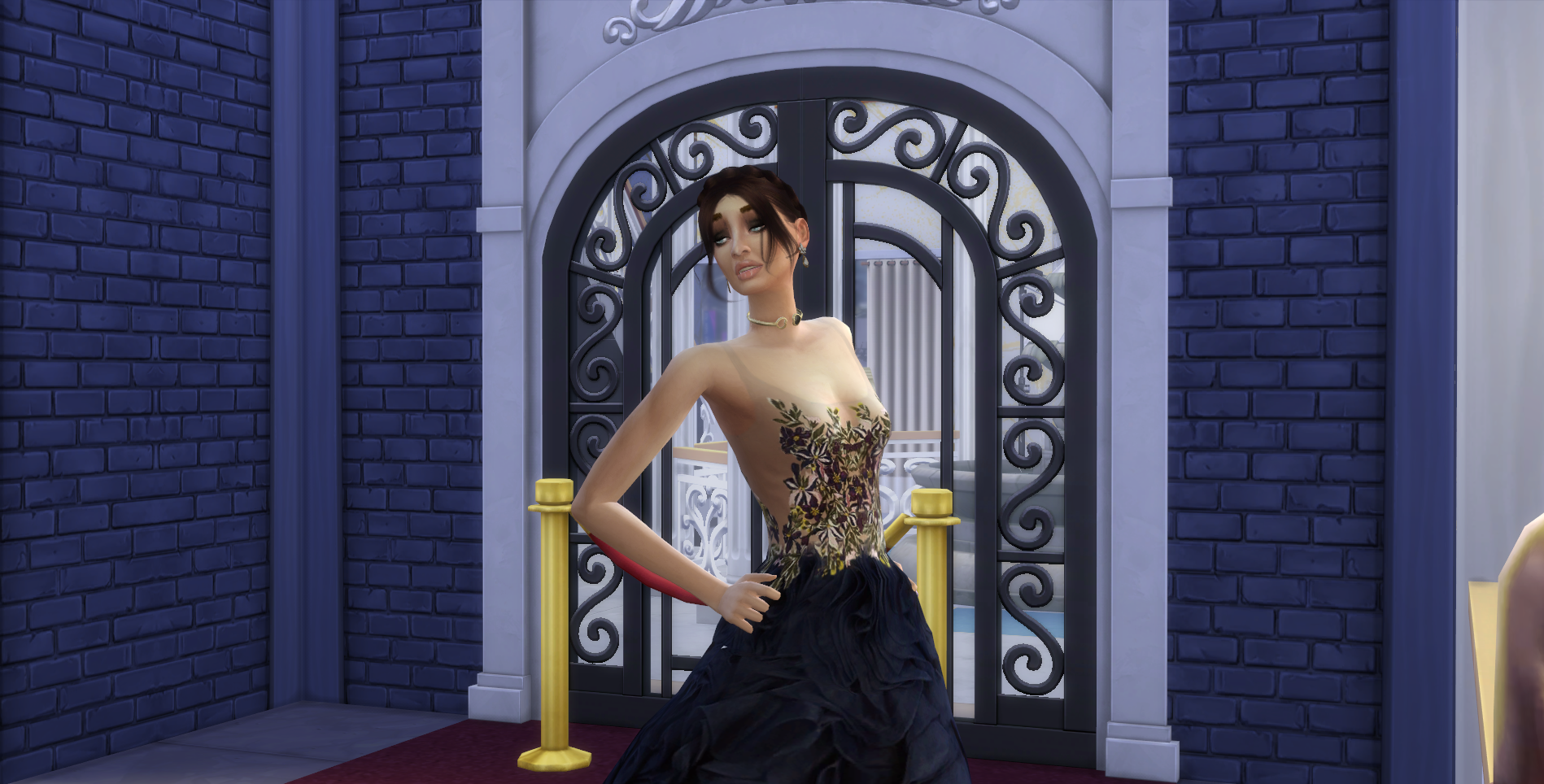 And one of her best casual looks: 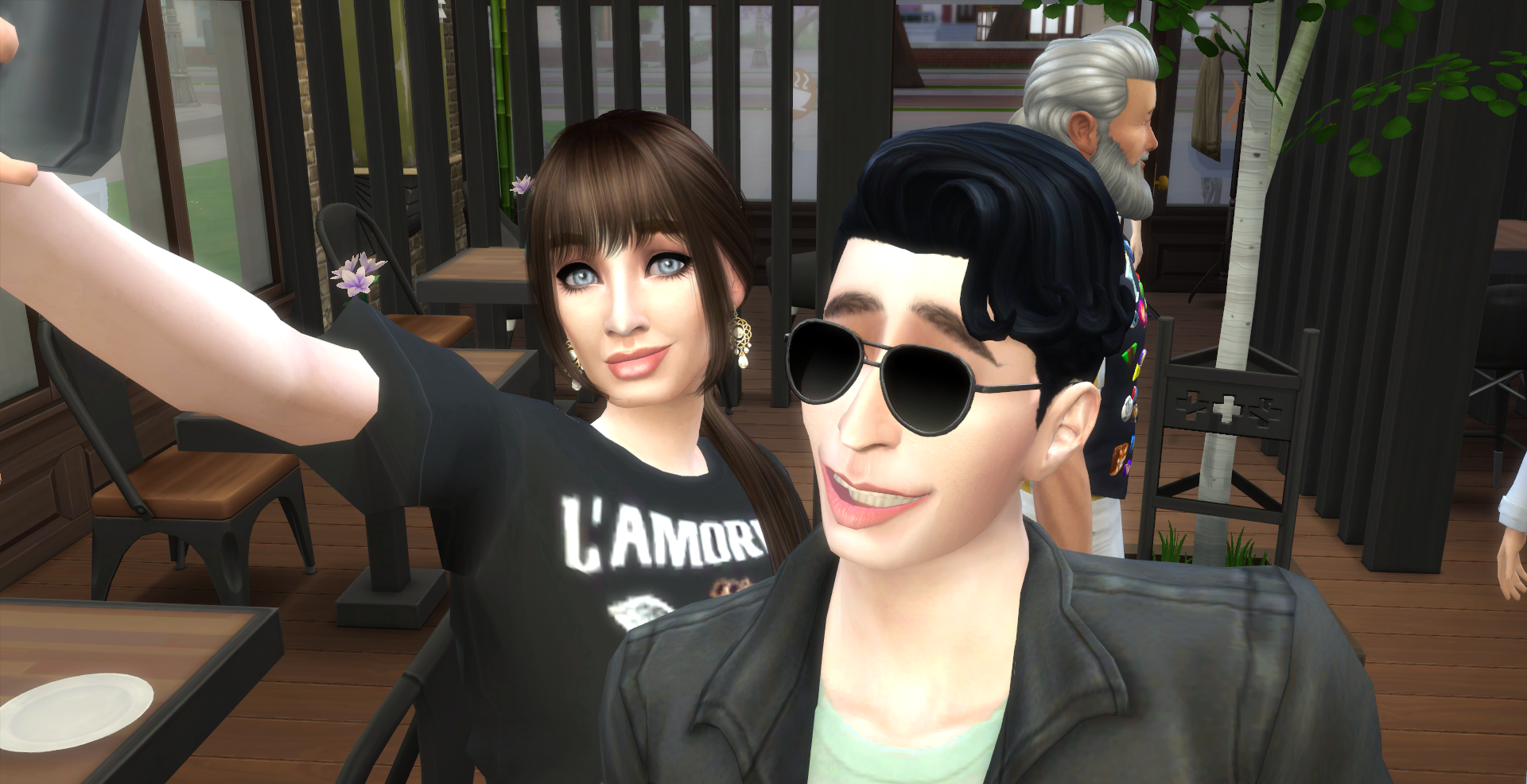 Star Wars has some primo fashion, so I spend a lot of time in The Old Republic working on my menacing wardrobe. I recently gave my Sith Assassin a horrifying makeover, and honestly it might be too much. The head piece is pretty common, but I don't see many people sporting it - perhaps because it's a little extra. Screw it, I love it.

I'm particularly pleased with how my Bounty Hunter has turned out. I collected a bunch of cyborg and Mandalorian-style sets and picked the best pieces to make this intimidating bloke. Trying to keep my many alts looking their best costs a heck of a lot of credits, but the piles of cash you get from higher level stuff more than funds my habit.

Disco Elysium also has some top fashion and I had lots of fun finding the right outfit for my extremely angry, extremely intoxicated revolutionary. The ushanka was perfect, but the leather jacket with '**** the world' emblazoned on it was even better.

I could do better, but I wanted to be festive. FestiveScape!

I've just jumped back into Read Dead Online after a couple weeks and am thrilled to see snow all over but also....outfits. I found some new threads that got added with the update.

I'm super pleased with the very shiny bloomers and corset which both appear to be new.

The blood splatter will blend right in!
Reactions: jumry908, SHaines and PioneerRaptor

My character in Skyrim may not the most fashioned, but with some things I went through some trouble to get them. The armors I'm posting now are vanilla in stats, just modded in appearance. I don't think they're too skimpy, I'm not really a fan of that. When playing a female I like it to look more femine but I'm not really into half naked characters.

This outfit I use when I'm in dungeons. I look like a semi Darth Vader here and I look like a damn murderer lol. Helmet, boots and gloves are Ancient Shrouded and even though I got them at about lvl 20 while I'm lvl 50 now I still use them because I'm one of those classic sneak guys (female in this case). Boots make me harder to detect, gloves make my dagger attacks do 30x damage (combined with sneak skill) and helmet increases bow damage.

This armor is Deathbrand armor from Solstheim. The only treasure hunt in Skyrim I completed. Just use it for battles where I'm detected anyway or open battles (sieges, dragons etc). It has a hell of a lot of armor and it increases my carrying capacity quite a bit.

I'll update this post when I'm ingame again and am able to shoot some pictures of the clothing I wear in cities. I actually change from armor to clothing when I'm not out doing dangerous stuff!
Reactions: tragadaw, jumry908 and Lauren Morton

Inspireless Llama said:
I'll update this post when I'm ingame again and am able to shoot some pictures of the clothing I wear in cities. I actually change from armor to clothing when I'm not out doing dangerous stuff!
Click to expand...

I heckin love that. Do you only change clothes or do you walk instead of run like a hardcore roleplayer?
Reactions: jumry908

For my January post I dug up this old silly thing I whipped up in Photoshop. Back in the days when I streamed on Twitch a lot I made these title cards for particular games I was playing.

This is my Fallout 3 character Betty wearing Allistair Tenpenny's suit. As I remember, something odd happened that turned all of Tenpenny Tower hostile towards me that didn't actually involve the rival ghouls. Or at least that's the story I'm sticking to. I fought Tenpenny on the top floor of his tower and wore his suit as my prize.

I also killed Benny in New Vegas and wore his gaudy checkered jacket but I haven't found a screenshot of that just yet oh boy I found some old Twitch footage. Oh and I tried to kill Elder Maxson for his very studly bomber jacket in Fallout 4 but you can't actually loot it from his corpse so I had to use console commands for that one.

Lauren Morton said:
I heckin love that. Do you only change clothes or do you walk instead of run like a hardcore roleplayer?
Click to expand...

I do not ! Especially while walking in Skyrim I think there isn't enough to see in towns or cities so I prefer just to run towards my destination. The only time I walk is when I'm overcumbered (is that the proper word?) in my house and I just need to drop items a few feet away.
Reactions: jumry908

One of my older, and more conservative, transmogs, in WoW. 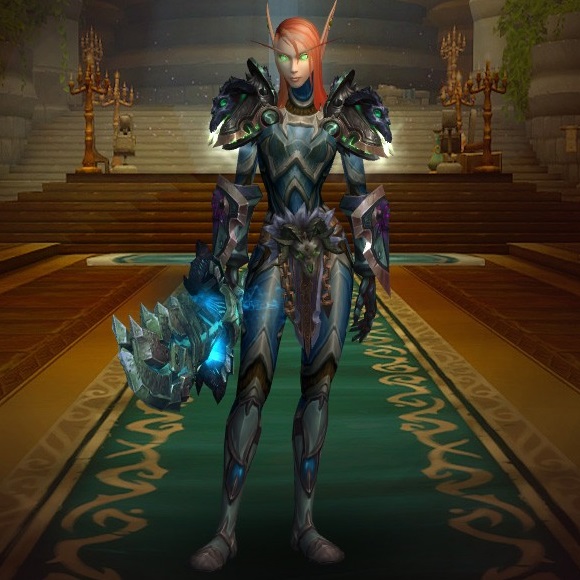 Had a premium character in City of Villains named Widow's Vista. Her outfits were actually colored like the boxes for Windows Vista:

I liked Witcher 3's Griffon armor (?) quite a bit, too, though I don't have a real good shot of it: 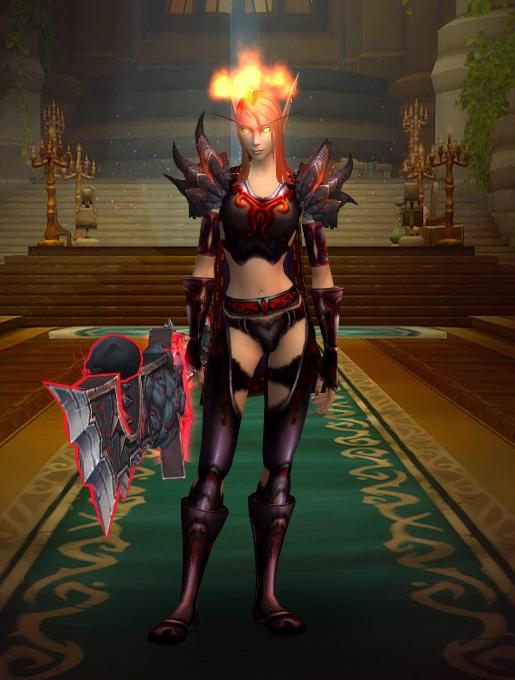 Here's my Blood Bowl 2 players from Team Necrotic, with a black-and-red color scheme. Their slogan should have been "None more goth" but I went with "Team Necrotic is blasting off again!"

Here's a selection of some (hastily taken) screenshots of the outfits my very first SWTOR character likes to wear. A Zabrak sith juggernaut. The first one is the one she wears most. Classic Vader-esque.

Myself in Saints Row 2 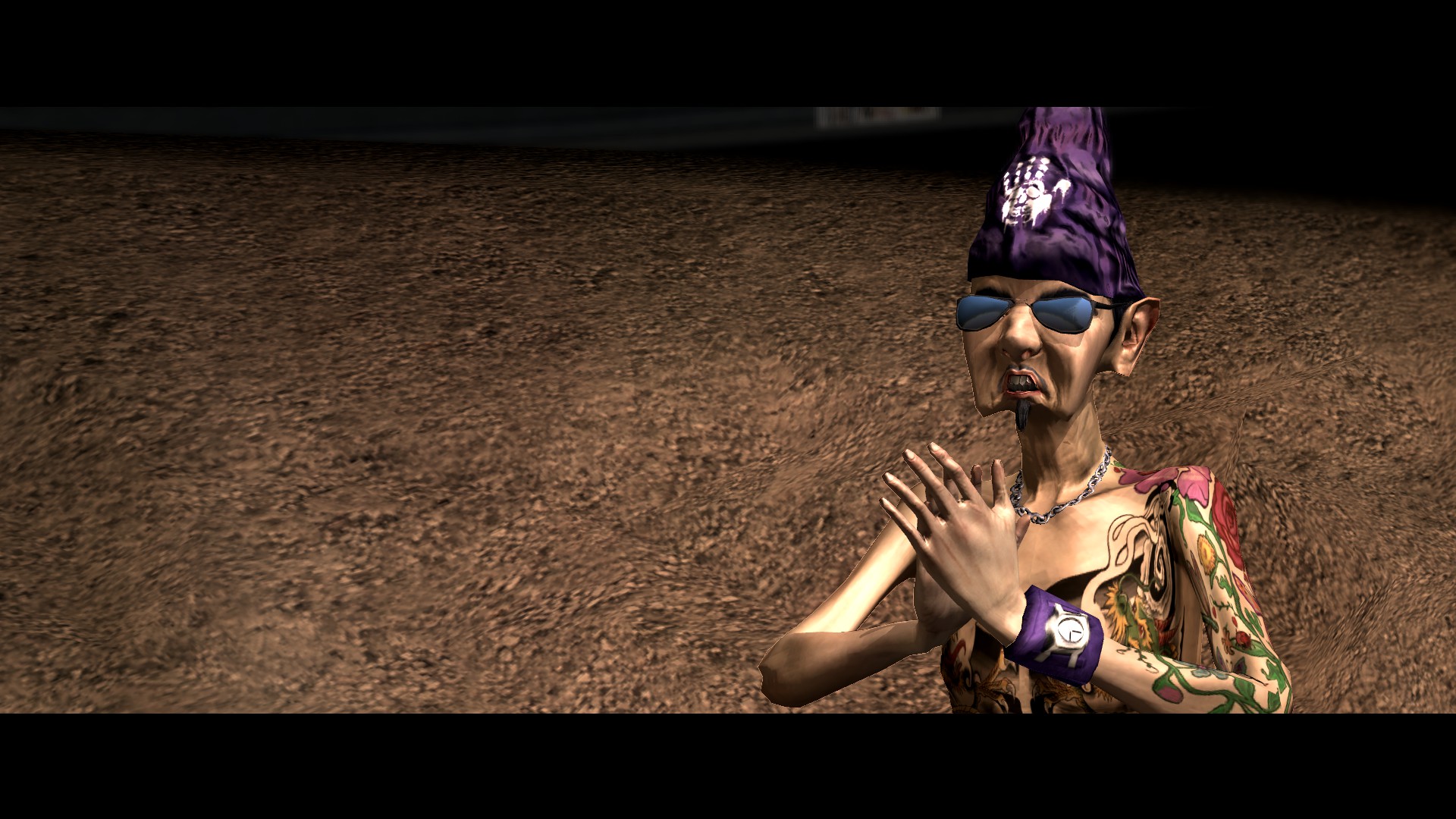 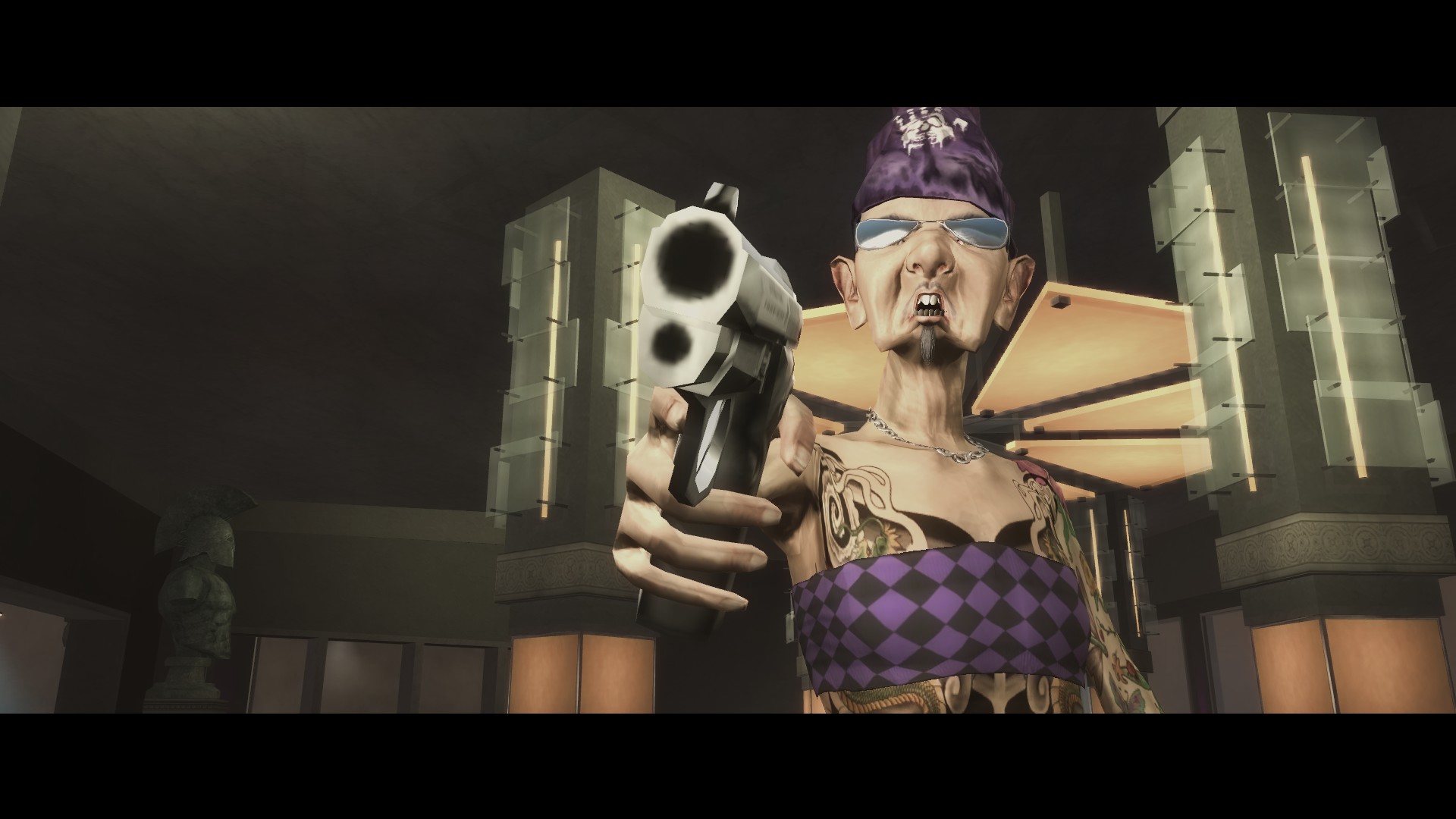 In the XCOM 2 DLC 'Alien Hunters', three unique bosses are introduced to the game that actively pursue your squad across missions. If you manage to beat them, you will be able to collect a trophy off their corpse. In the case of the Viper King, you get a unique light armor suit made of its skin. If that's not metal as hell, I don't know what is.

Here's my previous campaign's MVP bringing the pain to an unsuspecting Viper.
God, I love the cinematic camera in these games. 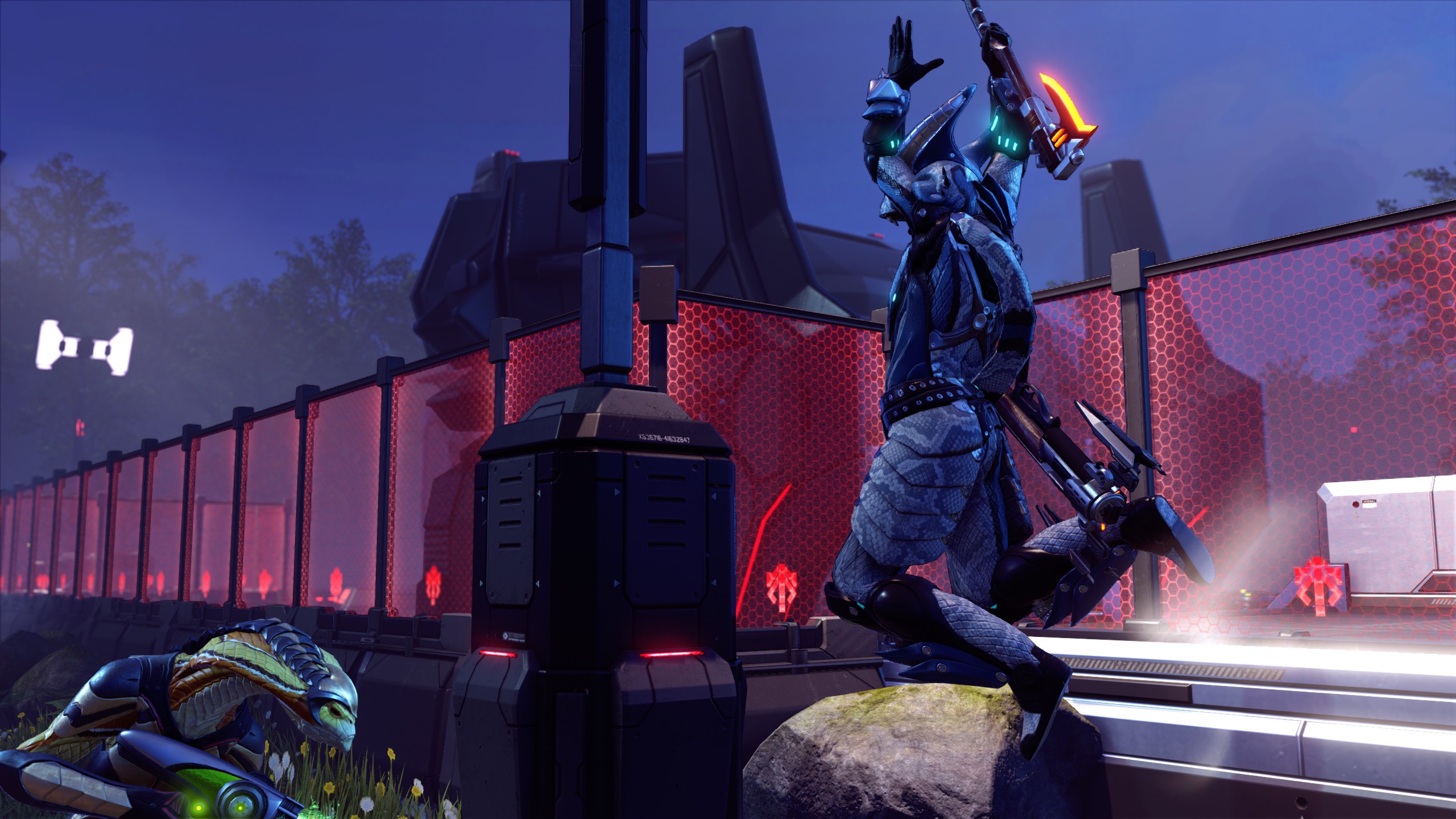 And here's one more, from Dark Souls: Prepare to Die Edition. My character is wearing Ornstein's set and wielding the legendary Dragonslayer Spear, which you can only get by defeating Ornstein in battle and collecting his soul. It'll be a bit hard to see in this screenshot because of the moody lightning, but it's one of my favourite screengrabs for sheer atmosphere. 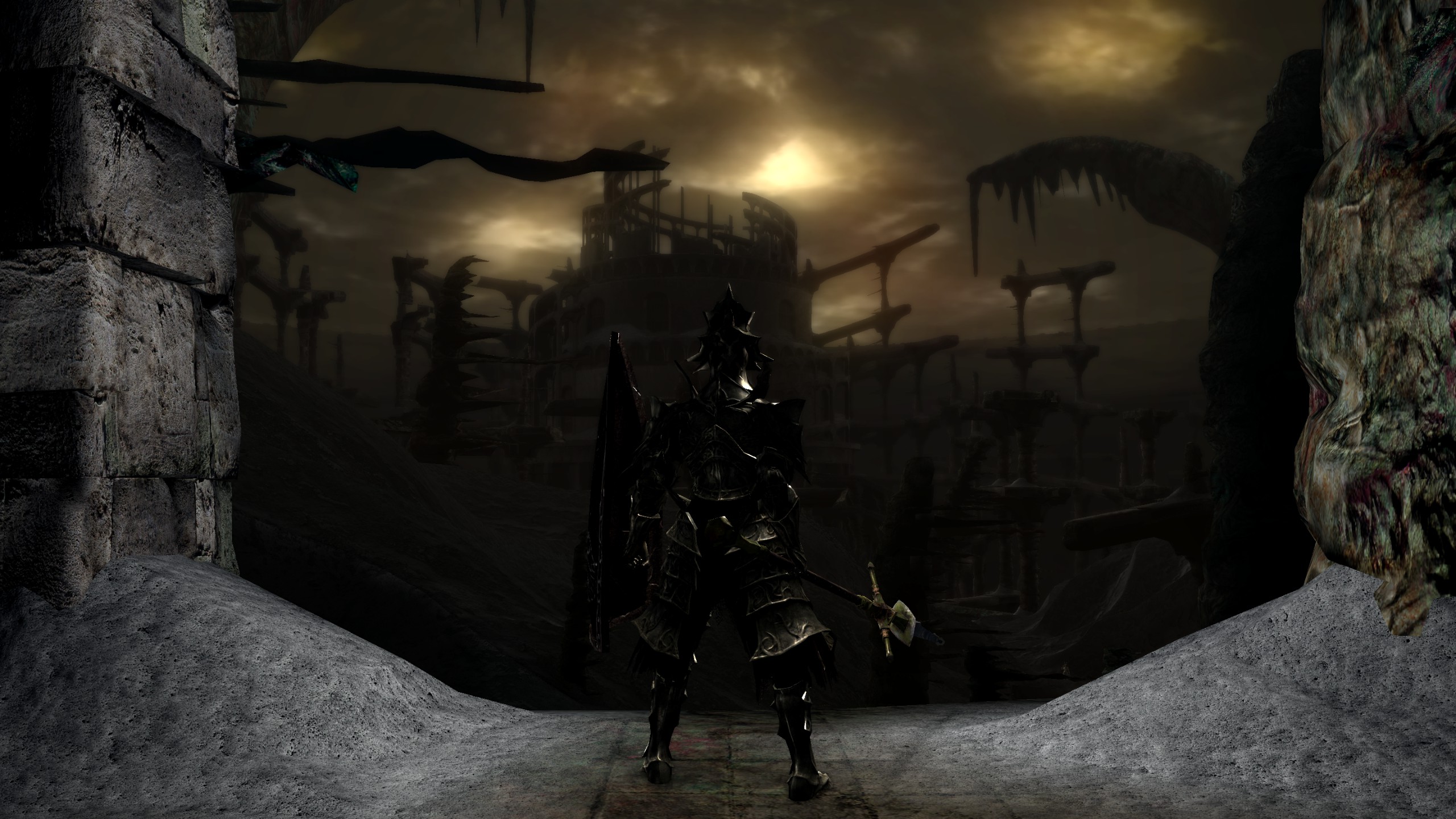 Reactions: Frindis, I Will Haunt You, Lauren Morton and 1 other person 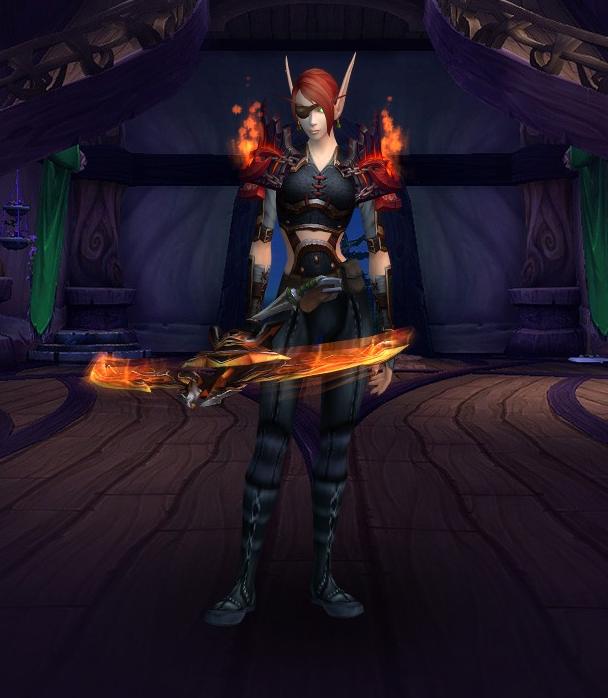 Seems I'm not the only one who fancies green-eyed redheads.
Reactions: Frindis

I Will Haunt You said:
Seems I'm not the only one who fancies green-eyed redheads.
Click to expand...

You are not. lol
Reactions: Frindis

(oh man, how is it both teams have the same friggin' colors this year??)
Reactions: Lauren Morton

With the news that Torchlight 3 is happening, I've been playing some Torchlight 2, which reminded me of my character from Torchlight (1). I don't know why you'd need or want shoulder pads this big but if you've got 'em, flaunt 'em.

Alrighty here's my better together outfit! My RDO posse all found out that you get a special raccoon hat if you enable 2FA on your Rockstar Social Club account. So naturally we all did that to have a special posse uniform. Sadly, as of this past week, Rockstar added the raccoon hat (and our white color of it Q_Q) into the normal in-game catalog. Well, we were special for a few weeks, anyway.