Places from the Fallen London Universe

I'm excited to introduce you to Paul and Toby, our art team. Paul has been with Failbetter since the very beginning, and was the sole artist on Fallen London for many years. He also art directed Sunless Sea, and was creative director on Sunless Skies. Toby joined us for Sunless Skies, elevating our art team to the dizzy heights of two! And is responsible for swathes of Sunless Skies' environment and its reading interface, as well as many of the character portraits in Fallen London.

In this thread I'm going to present their inspirations for Fallen London, next to some in-game artwork.

From Jan Pienkowski's The Kingdom Under The Sea, above, and location art from Fallen London, below

A still from Francis Ford Coppola's Dracula, and the Empress' Court from Fallen London 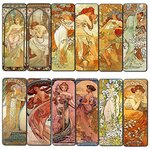 A collection of Alphonse Mucha cards, compared with a sprite atlas from Sunless Skies

The Destruction of Pompeii and Herculaneum, John Martin, and a piece of Kickstarter concept art for Sunless Skies

Northern Sea in the Moonlight vs Eleutheria