Opinions on this build

Desktop for gaming/ streaming (fortnite, apex, cs go) what you think about? Any changes?
Reactions: Arghya9 and I.H.A

You sure you're going to need that much CPU power? I don't play the types of games you're playing but I didn't think they had all that much use for the CPU.
Reactions: JSimenhoff and Arghya9

Zloth said:
You sure you're going to need that much CPU power? I don't play the types of games you're playing but I didn't think they had all that much use for the CPU.
Click to expand...

I probably wont for playing but for streaming it would help...
But about the psu and cooler do you think its enough?

You can use PC partpicker to put in the whole build if you like? Good to know what case you are using if we are recommending cooling.

I really dont know anything about streaming other than more cores can help, so I guess the 10900k is a good choice of you have that money.

For PSU I would personally go for something 750 watt if possible with your set up to give a bit of wiggle room for future upgrades. 650 watt should run it fine as is though as long as everything is stock. I'm not sure on the quality of that Gigabyte model or who the OEM is, so I wouldnt be buying it myself. Corsair RM, TX, CX, Seasonic Focus, Superflower Leadex etc etc, there's a lot of better options, depends what you have available and for what price.

Depending on your case I would also be looking at using a larger dual tower type air cooler or at least a 240mm AIO cooler on a 10 core CPU, although...


Linus here has something like the Noctua NH-U12S as O.K I prefer to be over the minimum as above. The Arctic is just a little better then a Hyper 212. Link to review.

500GB SSD is just about the minimum for my taste, although if you are exclusively playing just a few esports like titles and nothing else you might be O.K.

You didnt mention a budget though? As a better quality PSU, bigger SSD and better cooling will obviously cost more.

So this is my build

This is my case

There a few problems in my psu as said in that site, something about psu not having an extra 4pins to conect to the motherboard for overclocking.

About the cooler i’ve searched for noctua NH-U12S, and it seems that my cooler ain’t that bad, maybe for overclocking its not enough but for now in not doing that, maybe in the future i should buy a watercooler don’t you think?

For budget im buying all that for 1624€.
Maybe its a lot of money but but its not easy to find cheaper in my country.

Thanks for your help

That case is pretty nice

As far as the extra 4 pin goes, as far as I understand it you wont need it unless you're doing some fairly serious overclocking. You get 384 watts through the 8 pin CPU power, if you are overclocking enough to be using that much power I would think you'd be talking about a custom watercooling loop to get rid of that much heat.

The motherboard you picked is O.K for stock but I dont think its great for overclocking of such a large power hungry CPU so it shouldnt be a problem as far as I can see.

Even so I do still say get a better PSU of 750Watt. You're otherwise buying top shelf parts dont skimp. Corsair RM, TX, Seasonic Focus, Prime, Superflower Leadex, some of the Silverstone, Fractal Design, Be Quiet models are supposed to be good. Buy something mid tier rather than value end and you should be O.K. Google for reviews on any model youre interested in, Jonnyguru is great, Techpowerup is good, Toms Hardware. Basically a site that actually takes the thing apart and measures the voltages, then simply read the conclusion. You dont need to understand what's happened exactly. If you can't find such a review be suspicious.

As far as the Arctic goes, it might be O.K I just feel like you might need something with a bit more capacity to get everything out of that CPU. I understand that you have a budget but you did ask for opinons

First of all i do really apreaciate the help you giving me.

Based on what you’ve said im thinking in this psu

https://pcpartpicker.com/product/97848d/
Its twice the price but i think its the biggest problem i have in this build.

It's a good one, what country are you in, and do you have a specific retailer online youre buying from? I could take a quick peek and see if I cant find something good that's more reasonably priced for you if you want.

I’m from Portugal and i like to buy these things on the shop itself, buying online takes a lot of time shipping to Portugal and many other problems, i just play it safe. But hey thank you really much, i’m enlightened!

I'm currently poking around for PCs, too, and I noticed there are cards that actually specialize in live streaming. I was wondering if those might take the weight off your CPU? Looks like they are $200-$300 USD.

Zloth said:
I'm currently poking around for PCs, too, and I noticed there are cards that actually specialize in live streaming. I was wondering if those might take the weight off your CPU? Looks like they are $200-$300 USD.
Click to expand...

This is all new stuff to me @Zloth , but from what I'm reading a capture card is usually in a second PC thats dedicated to streaming, connecting the feed while the gaming is done on the first system. 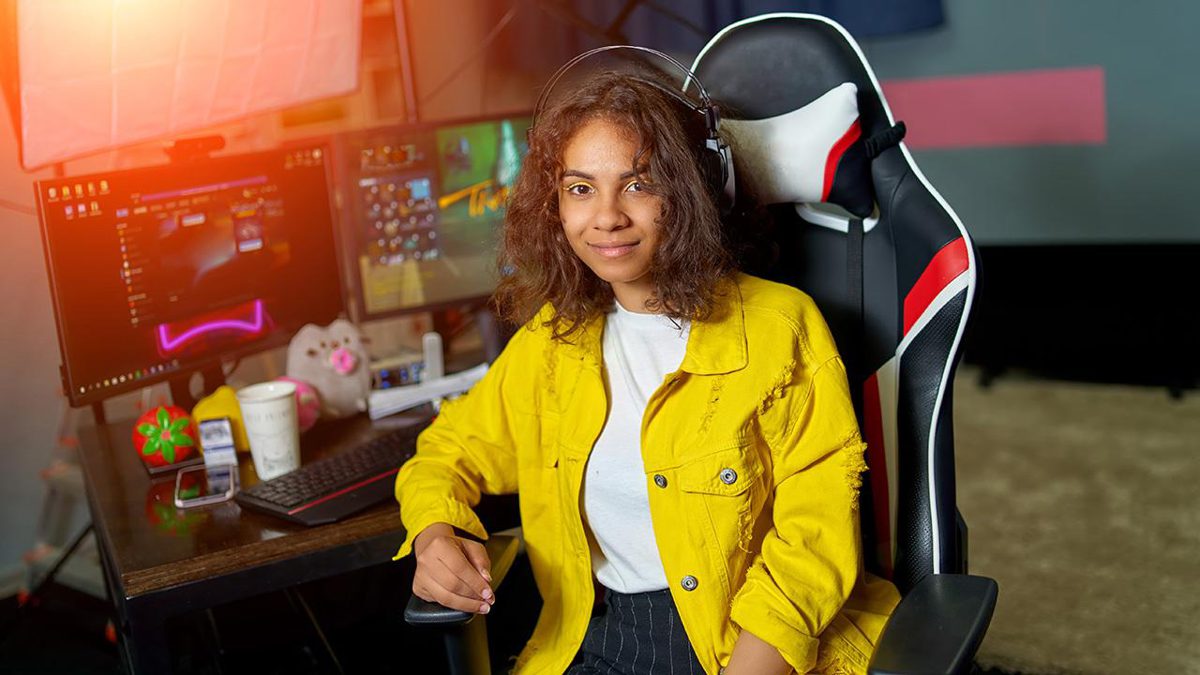 How to Get Started in Game Streaming: The Ultimate Guide

Thousands of people are trying their hand at streaming and commenting on video games for a live audience...so why not you? Here's all you need to know, and buy, to get started with streaming from a PC.


here are two main other uses for a capture card, though. The first is for PC use with a gaming console being the source of your game stream. While I’m mostly covering PC streaming here (where you are playing on the PC, too), you can stream your console-based gameplay through your PC, which is something that even primarily PC-based streamers may want to do. Broadcasting directly from your PlayStation or Xbox console with the built-in functionality is an easy option, but many prefer to use their PC setup as an intermediary to stream their console gameplay.

That might seem odd, but it’s easy to understand why. If you’re someone who streams both PC and console games, you don’t want to hop out of your regular PC setup to use your console each time you want to stream a console title. A full PC's streaming hardware setup is likely also superior, allowing you to use your computer’s microphone, camera, and more while playing a console game. To do this, the capture card connects your PC and console, so it can relay the console gameplay stream to your computer, and the broadcast happens from there.

The second capture-card scenario: using a second computer attached to your main gaming computer. The second computer is used for the stream processing. As I alluded to earlier, you don’t have to make your PC perform double duty as the gaming and streaming rig. You can use a second computer as a dedicated streaming rig, fed your gameplay footage (via capture card) by the primary gaming PC, which is the one you actually play on. With all of the streaming software on the second PC and the stream processing being done there, your gaming machine is relieved of the double workload.

A new streamer does not need to purchase two PCs off the bat. though. It’s not necessary for most people, and obviously a big expense. I’d hate to see people spend money they don’t have thinking they need to invest in two PCs to make it big. Professional, full-time streamers and some of the biggest names around use this kind of setup, but it makes sense investing in one only after you've had some streaming success, as a way to enhance your stream quality.
Probably a little cheaper to have a single more powerful system to start with if that's always the case. Happy to be corrected if I'm way off?