How many of you here know about this piranha bites game called - ELEX ?
iv been a Gothic fan for a long time but for some reason i have put this game on the back burner and got into it couple of days ago...
it has many flaws, like all piranha bites games does but it has some kind of special aura and immersion, the hard beginning where you are weak af...i have played almost 9 hours now and i still get my ass whooped by so many enemies and i love it.
+ the leveling up system and and role choosing are really good ( ofc you can argue the the balancing is off and combat wanky- it is lol).
im totally addicted to it and i have not played any single player games for a while.
would like to hear Your experiences with the game, do You love it, hate it or are in between ?

also, would highly recommend downloading 1 mod for it, that makes the nights darker, and thus more immersive and removes a little bit of fog...it really makes a difference ( heard that they broke the lighting in one of their patches many moons ago...this mod fixes it back to earlier days and also fixes the indoor lightning - can give a link to the mod on nexus if someone wants )
Last edited: May 2, 2020
Reactions: Avalon and jpishgar

I've been keeping an eye on for a while and would like to try it out. But I have way too much stuff in my backlog.
Reactions: jpishgar

I played it and liked it - but I only liked it, I didn't got nuts over it.

It definitely wasn't easy at the start, and I made "the start" last a mighty long time. I didn't want to pick a faction until I checked them all out so I explored just about the whole eastern side of the map before picking one. That involved quite a bit of running away! Once I found a laser weapon, though, I found I could find places where I could perch and beat a lot of enemies. I got a companion that could do the same, too, and my xp started really taking off.

I remember one thing that really drove me crazy was the incidental sounds. In all the games before and after it, I never really even noticed those sorts of sounds but in ELEX, they flat out distracted me. The "rocks" one in particular. If you're in an area tagged as "mountainous" then you get a background of rocks cracking and tiny landslides. Never mind that everything around you looks like its been stable for millennia.

I did use a mod to clear away the fog and the game looked great with 3D Vision once I put that in. I don't remember much about the night sky other than the moons, which were awesome.
Reactions: jpishgar

It's on my backlog, and been in my wishlist for some time. It seems to be one of those games that people are either "Eh. That was okay/good." or the type that prompts rave reviews.

Tell us more. What's the flavor of the game? What drew you in and kept you? Is it immersive? How's the systems? What does it remind you most of? Go on and give the hard sell!


NeRd4Rapture said:
also, would highly recommend downloading 1 mod for it, that makes the nights darker
Click to expand... 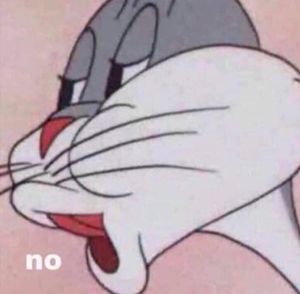 Definitely going back to this game at some time. It is very nice to look at and the exploration possibility in this game is awesome. I avoided doing much of the main story for a long time playing and went on an adventure instead. I ended up near a lighthouse after sneaking, baiting, and fighting my way through some quite dangerous areas. I even got myself a companion on the way, which was helpful as a bullet sponge.

I finished it - got 70 hours+ out of it...explored and got to know with all the factions before joining and doing as much missions before that...Will definitely go back to it in a year or more to see what other factions was about...i chose outlaws, because the techno freaks smelled super culty and berserkers had too strict rules and were too harsh on their own ppl for things that i could never agree on...but, i have to say, outlaws were straight up lowlife`s , most of them at least and at some point the main click of the faction tried to kill me lol .
also, with that darker nights mod, the world hearts looked badass in the dark, loved those things.
Reactions: Frindis

I played it because I loved all the Games made by those guys starting from old school Gothic, and then Risen and now Elex. When you are such a fan, u just need to try it and explore every part of the world and even try every faction. It has the dealing of those games, but for an unknown reason, it wasn't so polished for me. Gothic is still the king
You must log in or register to reply here.
Share:
Facebook Twitter Reddit Tumblr WhatsApp Email Link