Blast from the Past Gaming build.

Members of a certain vintage will remember in years gone by reading tomshardware, anandtech, bit-tech, 3Dguru and the like and seeing expensive cases that were ahead of there time. Cases like:
-The 2008 Coolermaster Cosmos-S; which was one of the first cases to run a filtered bottom mount PSU or internal support for a 3x120mm rad,
-The Silverstone Raven from 2009 which pioneered the 90° rotation,
-The wild Thermaltake Level 10 from 2010 with it's hot swap bays and modular look
-Or some of the 8-slot towers from Lian-Li for those manly Quad-SLI setups.

This was a time of throwing stuff at the wall and seeing what stuck. There were a few winners and plenty of losers (many from Thermaltake...) but at the end of the day they had to try to see what worked in an era where +130W CPU's and Quad SLI were starting to push cooling and airflow limits.

Well I was one of those readers and I've always had a soft spot for the Coolermaster Cosmos-S. Ever since I first saw it some 14-years ago (feeling old.) Back then I was on the move alot and up until recently have mostly built ITX and Micro-ATX builds for portability (Ah, Dual GTX-295's in a Micro ATX case, those were the days .) But time's they are a changing. CPU power is up and no longer do you need an SLI setup to warrant a +850W PSU. So for my first fully new build since 2016 and not happy with the cases presently on the market I looked deep into the past. Since so many new enthusiast cases these days lack HDD and optical space, which I require.

So onto gumtree and after a few weeks and $100 later I had a dirty, dusty, greasy (smelt like the previous owner was a smoker) but otherwise perfectly clean (not a single scratch) Cosmos-S RC-1100 in my living room. It got a really, really good clean. And it came out looking and smelling brand new

So to the Nuts and Bolts:
Came together perfectly. Just as all those articles from yester year described. Cable management isn't as good as modern cases, but not terrible. But the space 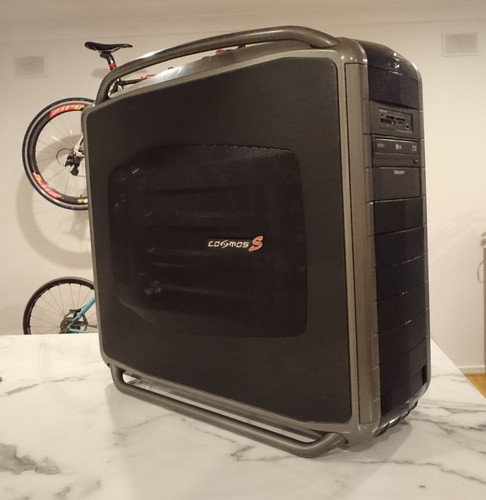 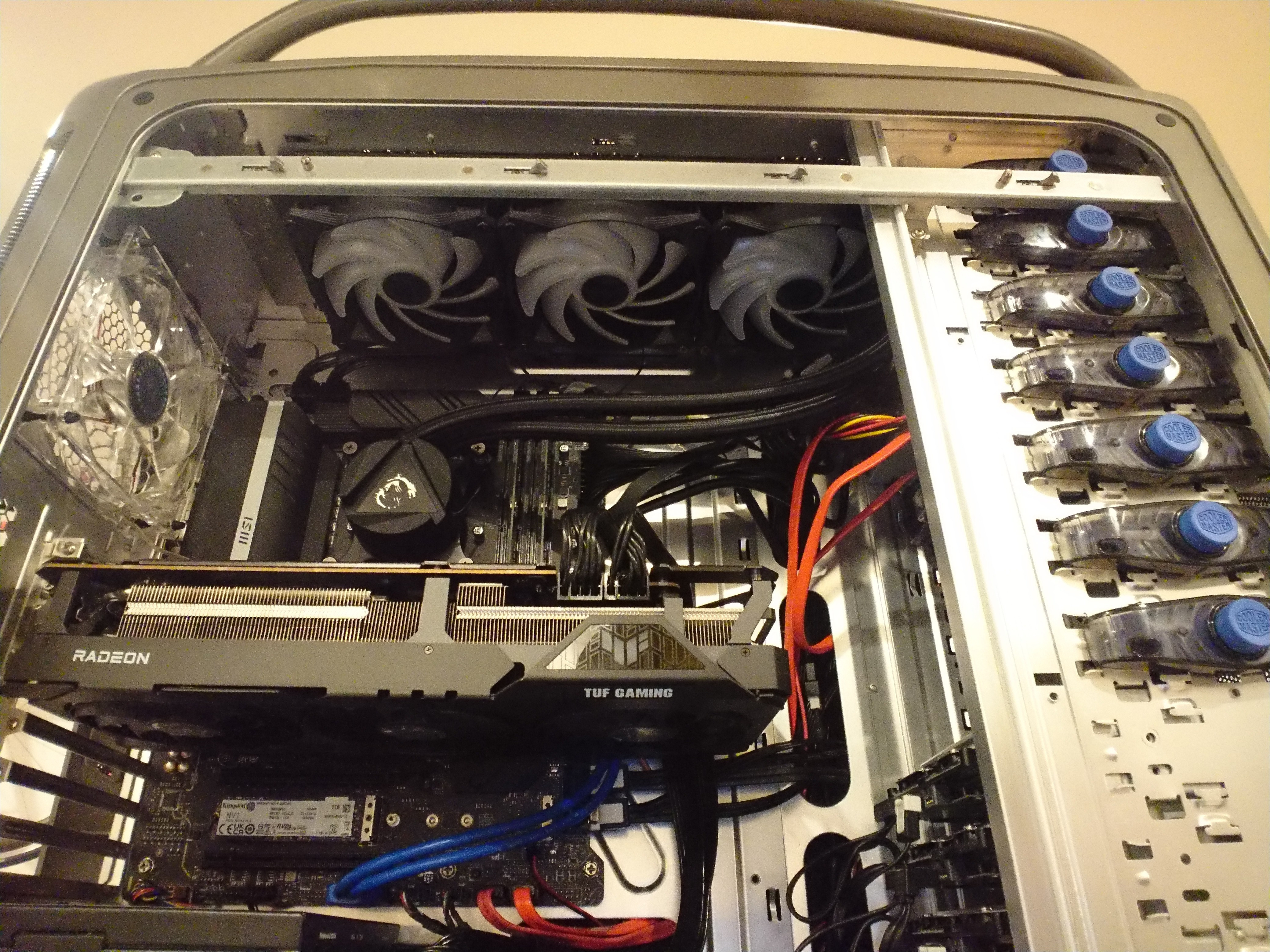 Now there's no getting away from how big the case is. It is an honest full tower. But given how 'gamer-boy' cases from the mid 2000's were. I feel it's pretty understated. And with 3 of the 5-1/4 bays still free, I can still ad an additional 5 hdd's if required.

It's quiet, it's retro, it keeps everything nice and cool with little effort and given just how much dust was in the filters I know that the components are breathing easy.

P.S: I really like the case handles. makes moving it around a breeze given how bloody heavy it is.
Reactions: Alm, redmark_, Brian Boru and 1 other person

Although I wouldn't really buy one of those cause it's not my style, but I think I like the handles. 😉